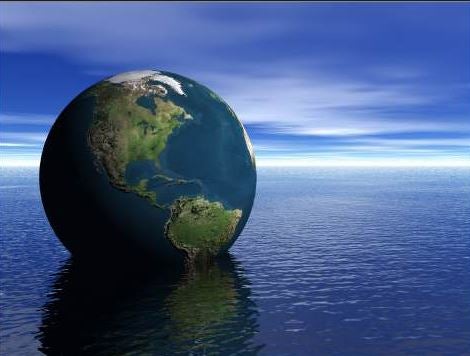 When people think about climate change, what often comes to mind are rising temperatures. Indeed, for much of the world’s population higher temperatures most dramatically manifest themselves in an increasing frequency of heat waves responsible for hundreds and sometimes thousands of fatalities. Prominent examples include heat waves in Chicago in 1995, France and other European countries in 2003, and South Asia in the summer months of this year.

The risks of heat waves are no less real for Latin American and Caribbean countries, whose citizens live predominantly in the latitudes subject to the greatest ongoing and anticipated temperature increases. In Mexico City, for example, one of the largest urban concentrations in the region and the world, the number of days with temperatures over 30ºC (86ºF) between 1991 and 2000 almost doubled compared to the 1970s and tripled in relation to the 1950s. Current models project an even greater incidence of such days before the end of this century.

As serious as they are, the immediate harm of extremely high temperatures—deaths, heat exhaustion, ruined days of work and leisure—does not encompass all of their effects. They can in some instances last a lifetime.

This conclusion is supported by a study on Mexico undertaken by University of Connecticut economist Jorge M. Agüero as part of the IDB Research Network project “The Health Impacts of Climate Change in Latin America and the Caribbean.” Using nationwide temperature data collected at the sub-state municipality level from 1960 to 1990, and a sample of household survey data on 65,000 individuals born between 1960 and 1990—when heat waves were becoming more frequent—the author finds disturbing results. Exposure to high temperatures during critical windows of early life leads to reductions in adult height, a widely used measure of health outcomes. More precisely, adult height is diminished by exposure to high temperatures during infancy (1-4 years) and adolescence (10-15 years), the main periods of human growth spurts.  No significant difference appears between men and women. The effects of heat exposure are especially negative, though, for persons raised in poorer municipalities. This has potentially troubling implications for the intergenerational transmission of poverty and the amplification of health differences according to socio-economic status in a warming world.

It remains unclear exactly how exposure to extreme heat translates into reduced adult height.  Does heat suppress appetite or affect digestion enough to affect growth? Do adults leave the home less often to buy food, or can they afford less food because of missed or canceled day labor and other work in the informal economy? Do heat waves increase air pollution and aggravate its effects enough to produce long-term health effects? Alternatively, is agricultural productivity reduced so much that some households simply have less food available? Additional research is needed to determine how heat waves affect health and to formulate appropriate policy responses, especially for vulnerable segments of the population.