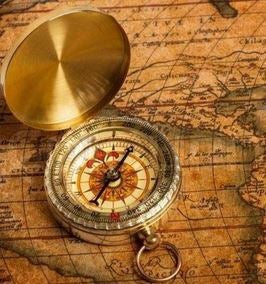 Hundreds of thousands of refugees from Africa and the Middle East are hiring human traffickers and mounting rickety rafts each year to find a better life in Europe. Others are making the long trek North across deserts and over fences to enter illegally into the United States.

At the IDB’s Annual Development Lecture, Princeton Professor Esteban Rossi-Hansberg discussed how many migrants’ decisions are influenced by the geography of development. Europe and the United States are attractive to immigrants in part thanks to  work opportunities due to high levels of productivity.  They are already densely populated but that is precisely why firms locate close to those markets, thereby driving productivity even higher. Moreover, transport and other infrastructure services are good. U.S. and European firms can also export to other markets relatively easily.

Latin America and the Caribbean, by contrast, has poor transportation infrastructure for the region’s level of development. Investment in such infrastructure, at between 1 and 3 percent of GDP, is very low. Highways, Latin America’s infrastructure priority, still fail to reach many rural areas, rail systems have been neglected and ports, despite some improvements, remain sub-par. These impediments increase transport costs and reduce access to markets, making firms reticent to locate to the region and putting a damper on growth.

Still, Latin America and the Caribbean remains fairly populous and with a relatively high urban population —81% of its population live in urban areas that include several megacities, especially in Mexico, Brazil, and Argentina. The region enjoys great amenities, including many natural and man-made wonders, an incredible coastline and great weather. Despite low productivity and poor access to markets, so-called happiness surveys indicate people like to live in the region —life satisfaction is relatively high.

What will happen in the future? How will the world develop? Will this pattern change? Rossi-Hansberg says it will change and be critically dependent on countries’ immigration policies. If the United States and Europe close their borders to migrants, they risk losing their places at the top of the global productivity league. That distinction may eventually go to areas of China, India and elsewhere as those countries become wealthier, attract firms and see their population densities rise.  However, if the United States and Europe welcome migrants, then the extent of this global productivity rebalancing will be much less.

What about Latin America and the Caribbean? Given current trends, the region is simply a bystander to these possible world scenarios. But the unrealized potential may be huge. The central problem is poor market access. But imagine cities like Sao Paolo, Rio de Janeiro, Mexico City and Buenos Aires with top quality infrastructure. The combination of good amenities, large and dense populations, and good market access would be a win-win. Assuming borders were open, migrants would flock to the region and firms would invest. The productivity and wealth that would accompany this process would soar. Parts of the region could become great centers of commerce and technological creativity.

The required investment may be large and the risks great.  But if those investments were successful and boosted productivity and growth over the long term, the benefits could also be huge. Such are the stakes, according to the economics of geography as elaborated by Rossi-Hansberg at the 2015 annual IDB Development Lecture.