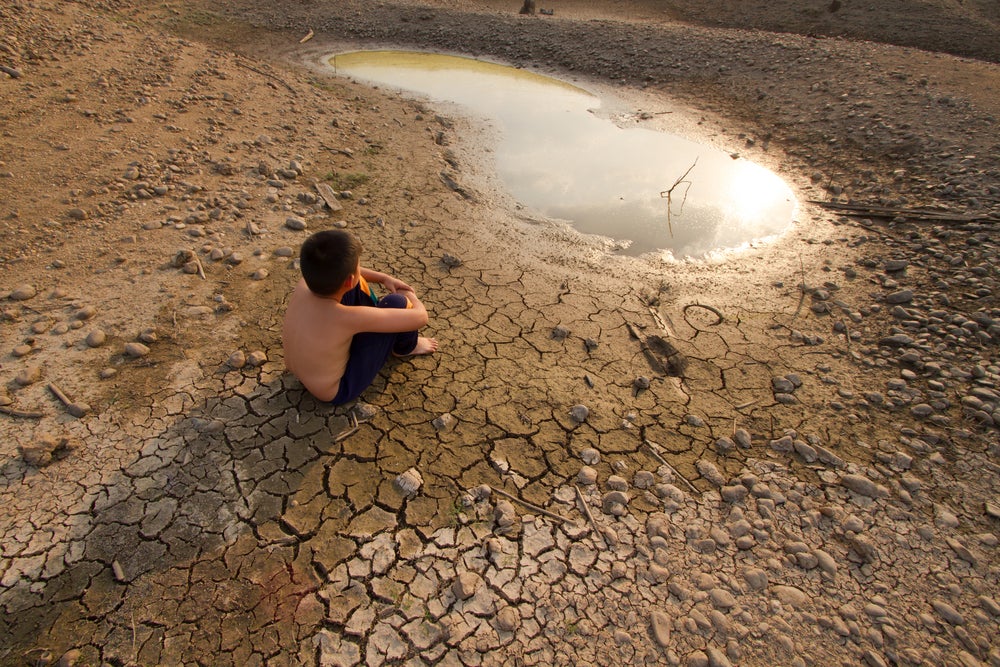 The word out of Bonn, where the latest United Nations Climate summit came to an end Nov. 18, is hardly encouraging. Assuming that countries honor their commitments to reduce greenhouse gas emissions made to date, the globe’s temperature will still rise at least 3 degrees Celsius (5.4 degrees Fahrenheit) this century, 1 degree Celsius above the agreement established at the Paris summit two years ago.

To put that in perspective, for the last 10,000 years — the time of all human civilization and more — global temperatures have fluctuated by only around one degree Celsius. By comparison, the fast-paced industrialization of the last century has brought an increase of nearly three-quarters of that, or 0.7 degrees. That is a rate roughly ten times faster than what the planet experienced during the 5,000 years of its emergence from the last ice age. In that context, an increase of 3 degrees is almost unimaginable.

And even that scenario is looking optimistic. So far, much of the world is falling short of its unambitious pledges, according to Climate Action Tracker, a project of three independent European climate organizations.

Along with the rest of the world, Latin America needs to increase its resolve. Climate Action Tracker finds that of six countries examined in the region, only Costa Rica’s commitment and efforts are commensurate with the global effort necessary to keep global warming to the levels agreed upon in Paris. Brazil, Mexico and Peru’s efforts and policies are ranked insufficient; Argentina’s, highly insufficient, and Chile’s critically insufficient, the lowest rating.

Despite poor Climate Action Tracker ratings, these countries have made progress. Brazil, after all, set an example for tropical nations when it reduced its deforestation rate by more than 75% between 2004-2011. The region as a whole has increased its renewable energy investment 11-fold since 2004, nearly double the worldwide rate, a product in part of new regulatory systems, renewable energy targets and special power auctions to promote alternative energy.

Nonetheless, Latin America remains wedded to energy systems in which 40% of generation comes from oil, natural gas, and coal. Chile, for example, has been one of the world’s leading renewable energy markets in recent years, adding large amounts of installed capacity in solar plants and wind farms. But 44% of electricity generation in the country stills comes from coal. At the current rate of progress, that will shift downward slightly over the next 12 years despite immense potential in renewable energy. In Brazil, meanwhile, fossils fuels are gaining against renewable energies in the nation’s energy mix, just as deforestation levels rise.

Countries will have plenty of opportunity to adjust their ambitions upward, of course. At next year’s climate summit in Poland, they are expected to discuss ways of more accurately reporting their progress, reviewing best methods, and setting the stage for higher-reaching commitments in 2020.

Achieving ever increasing commitments requires long-term planning. In September, the IDB launched an initiative to train local experts in academia and think tanks to tailor sophisticated  climate-economy models created in North America and Europe to the conditions of Latin America and the Caribbean. It hopes the models can help policymakers decide which sectors of the economy to target for emissions reductions and which technologies to employ in the pursuit.  Understanding the welfare and macroeconomic effects of policy decisions will be just as important as understanding technological opportunities and constraints, such as reductions in the price of solar. The IDB hopes these models will help countries choose paths to meeting short-term commitments that are compatible with longer-term, more ambitious commitments.

A long way to go on adaptation

In addition to reducing emissions, Latin America and the Caribbean needs to prepare for the new realities of a world with a different climate. Evidence suggests that the region still has far to go in terms of preparation. The University of Notre Dame’s 2016 Global Adaptation Initiative combines measures of a country’s vulnerability to climate change and its ability to leverage investments to adapt to rank countries in terms of their resilience. It gives Norway the No.1 spot and ranks Somalia at the bottom at No. 181. In this ranking, Chile comes in first in Latin America and the Caribbean, at No. 28 (between Belgium and Israel), while Brazil and Mexico are tied in the middle of the pack at 75, and Bolivia and Haiti are near the bottom at 126 and 173 respectively.

Latin America and the Caribbean has significant climate-related challenges ahead, and countries are expected to strengthen their climate goals over time. For policymakers to effectively prioritize, it will be important to rely on climate models tailored to local conditions in the region. IDB’s ongoing Deep Decarbonization Pathways for Latin America and the Caribbean will develop local expertise, helping to inform policymakers’ efforts to meet both current and longer-run targets.