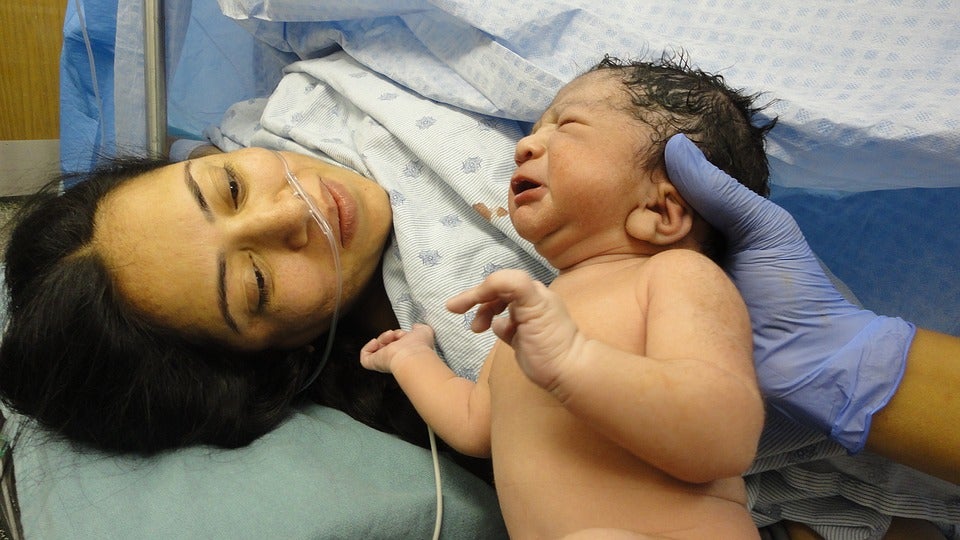 The decision to give birth in one’s village rather than a health facility is often a fatal one for women in Latin America. Too many women die in the time immediately before and after delivery from hemorrhages, hypertension and sepsis, conditions easily treated in a modern health facility. Their babies often die with them or in the week following.

Yet, culture and poverty can make it hard for women to leave their villages for better care elsewhere. Some women won’t leave because their husbands insist that they are strong enough to deliver at home or dislike the idea of their wives being taken care of by male doctors. Some indigenous women may feel uncomfortable in hospitals where no one speaks their language. Some women may simply be unable to afford transport to hospitals in the nearest town or city.

In 2013, Latin America suffered 85 maternal deaths per 100,000, down 39% from 1990, but well shy of the 75% called for under the United Nations Millennium Development Goals for 2015. And though the region has achieved the Development Goals’ two-thirds reduction in infant mortality, neonatal mortality― the death of newborns in the first 28 days― has barely declined. That despite the fact that the labor complications and other situations that cause those deaths are mostly preventable and treatable.

Changing ideas about childbearing could clearly save many lives, and so could changing practices related to contraceptive use, pre-natal and post-partum care. But if getting people to exercise or quit smoking is complex in developed countries, helping them adopt healthier practices in developing-world settings characterized by poverty and low levels of education is even more so. It demands innovative approaches based on work at the community level, and, in some cases, the techniques of behavioral economics.

Fortunately, as Ariadna García Prado demonstrates in a detailed review of recent studies, such approaches exist. And in some parts of the world, they are helping build links between local communities and the formal health care system. Bangladesh, India, Malawi and Nepal have some of the highest rates of maternal and neonatal mortality in the world. Yet in recent years, nongovernmental organizations, supported by their governments, have trained a few select women in communities to teach small village groups about issues like prenatal care, hygiene and the signs of a dangerous pregnancy. When an obstetric emergency arises, these groups are ready, having raised funds and organized transport in advance. The results are telling: In studies where more than 30% of the women in the groups were pregnant, maternal and neonatal mortality decreased 55% and 33% respectively.

In Honduras, meanwhile,“parteras” (traditional midwives) also have been trained to recognize complications and refer and accompany women to a health facility. They may then assist in the delivery and be compensated for their efforts. This allows them to both preserve their status as “delivery experts,” while satisfying the pregnant woman’s need for support from within the community.

Other efforts involve the strategies of social messaging, an area of real potential in Latin America where the fertility (number of live births) of women 15-19 in the region is only exceeded by Sub-Saharan Africa, and maternal mortality for young women is high. In Ghana, for example, researchers have exploited the addiction of young women to their cellphones to send weekly text messages about effective birth control. In a typical week of a study, one group of secondary school girls got a unilateral message about how to effectively use birth control pills. Another group got the same message, with a follow-up quiz and extra cellphone minutes if they answered correctly. At the end of the three-month experiment, women in the unilateral group had increased their knowledge of reproductive health by 11 percentage points, and those in the interactive group had increased their knowledge by 24 percentage points. One year later, not only had both groups of women retained their knowledge, but those girls who had had sexual relations and received messages had half the probability of getting pregnant compared to a control group, and at costs of under $2 per participant.

Soap operas are particularly promising, especially among people of low socio-economic status and low-educational levels. A study in Brazil, for example, showed that areas of the country covered by the Globo television network, the nation’s principal producer of soap operas, had significantly lower fertility rates than other areas, in part because of its romanticized portrayals of small, wealthy and liberated families.

Certain monetary interventions, like vouchers for transport to a health clinic and the removal of user fees, are also promising, though not so common in Latin America. Conditional Cash Transfers, a more common monetary intervention in the region, have not turned out to be so cost-effective, however. Their administrative and monitoring costs are simply too high. In fact, as García Prado´s review shows, other non-monetary incentives have great potential at much lower cost. In Zambia, for instance, providing a maternal-neonatal kit (with clothing and childcare articles) on the condition that a woman give birth in a health facility increased the probability of the women delivering in such a facility by 9.9 percentage points at a cost of just $4 per kit.

The trick, it seems, is finding the right blend of community-based, nudging, monetary and non-monetary assistance. It is a question of reducing still enormous gaps in health treatment between rich and poor, rural and urban populations, while easing what is a still a critical situation for too many women and their babies in the region.