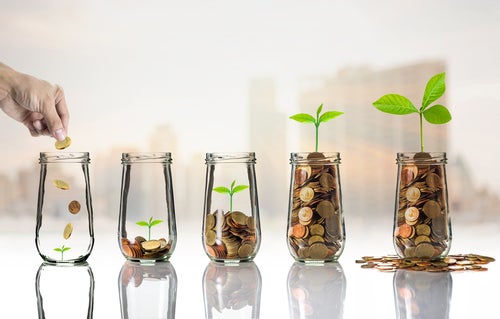 Life is full of people who never save, spend like sailors, and find from one day to the next that they’ve maxed out on their credit cards and must cut back on their lifestyle and even long-term investments like their children’s education. Countries are similar. Nations that don’t save sufficiently and finance investment with borrowing from abroad can suffer catastrophes when their creditors decide they’ve had enough. When nations have to cut back, millions of people suffer.

Relying on large amounts of foreign lending is a tricky affair. Borrowing from abroad to finance good investment opportunities when there isn’t enough domestic financing can be useful. But there’s a limit. An unwritten consensus holds that a current account deficit—the difference between investment and the national saving rate—beyond 4% of GDP is risky.

What is it about that magical 4% figure? In an IDB study, Barry Eichengreen, Ugo Panizza and I sought to find out. We examined 210 episodes of persistent current account deficits in dozens of developed and developing countries ranging from more than 4% of GDP to more than 10% from 1970-2013. Countries that run such deficits, we found, can achieve above-average growth for four or five years. But the risks of foreign investors pulling out and causing a serious domestic downturn rose significantly as that percentage increased and time elapsed. As a result, the growth advantage of high levels of financing from abroad was completely lost after five years and turned negative after 20.

Our research showed little evidence to support several common notions. One common idea, for example, is that in the presence of well-functioning capital markets countries that use foreign lending to build up their capital stock become richer and grow out of their deficits. On the contrary, we found, big-borrowers tend to suddenly see their credit cut off. Their deficits disappear not because they are richer, but because they have to make serious adjustments, often accompanied by recession. The exceptions are very poor countries like those in Sub-Saharan Africa which frequently run very large current account deficits in excess of 10%. These countries tend to finance their deficits with more stable, official flows, like those from governments or multilateral banks.

The notion that large amounts of foreign financing spurs the purchase of equipment and machinery leading to faster growth similarly seems mistaken. Countries with large and persistent account deficits import 4-7% less machinery relative to GDP than those that don’t rely as much on foreign money. It seems that the borrowing that comes from large and persistent deficits more often goes to finance consumption than productive investments.

In the late 1990s, much of Latin America was rocked back on its heels when financial crises in Asia and Russia triggered a retreat of foreign investors. First Mexico and then other Latin American countries endured dramatic capital outflows in the billions of dollars. Banks went bankrupt. Businesses failed, unemployment rose, and poverty deepened as much of the region slid into recession.

Though not always as severe, dozens of cases of persistent current account deficits that we studied follow a similar pattern. A political or economic shock spooks foreign investors and causes them to stop lending and even dump their domestic assets in what is known as a sudden stop. The country, forced to close its current account deficit, reduces investment and consumption. It may even have to to devalue its currency. Recession takes root and the cost of servicing foreign-currency-denominated debt rises, triggering bankruptcies and even greater investment slowdowns.

Current account deficits, in short, rarely end happily. If countries often get away with deficits of 6%, 8% of even 10% of GDP for years, the piper usually comes calling, leaving serious damage even after a recession has been endured and the deficit wiped out. The mantra to remember is saving. As discussed in a recent IDB study on Latin America and the Caribbean, what is needed to promote saving is a combination of public policies that stimulate saving directly, such as those related to fiscal policy and pensions, along with policies that work indirectly by removing constraints that hinder it. In the end, domestic savings, not foreign financing, are the bulwark of a sustainable investment strategy. To pretend otherwise is to play with fire.