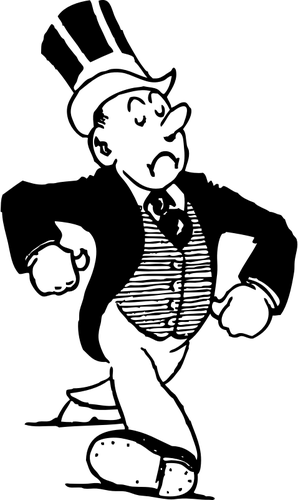 It’s not always easy to be a billionaire. In the United States, resentment against the top 1%, with their immense share of national income, helped spur the Occupy Wall Street movement and its slogan “We are the 99%.” And that resentment is even more intense for the one-tenth of 1% who are on the Forbes 400 list of wealthiest Americans and earn more than millions of families combined.

But while much of the focus on billionaires in the US, the United Kingdom, and Australia stems from growing inequality, that has not been the case in emerging markets. In those countries, aggregate incomes have grown along side the wealth of the extremely rich, and many billionaires tend to be admired for helping create jobs and grow their economies.

Indeed, as Caroline Freund, the featured speaker at a recent IDB seminar and author of Rich People Poor Countries points out, billionaires in emerging markets are often the creators of large, highly innovative firms. Those firms produce on a grand scale, engage in extensive research and development, and compete on a global level. Moreover, they play a crucial role in the structural transformation of economies. That is because they help move resources away from subsistence agriculture into industry and services in a much more efficient way than either small-and-medium sized enterprises or state-owned ones can do. In the process, they enlarge the middle class.

Billionaires include highly creative and industrious company founders and chief executive officers. China has had an especially large share of them, and their creation of large companies that have massively boosted labor productivity has been crucial in increasing the nation’s per capita income from less than $3000 to more than $10,000 over the last 15 years. Latin America also has its share of billionaire innovators including Antônio Luiz Seabra, who created Brazil’s giant, environmentally-friendly Natura Cosmetics, and Chile’s Horst Paulmann, the founder of Cencosud, with its vast network of South American supermarket chains.

Some billionaires, of course, have earned their wealth in less productive ways. There are billionaires who have acquired their fortunes from the extraction of natural resources; from political connections; or from financial transactions involving limited government regulation or even corruption. There are those who have inherited their wealth, a segment that at 49%, makes up an unusually large percentage of the billionaires in Latin America.

But because so many billionaires in emerging markets have built firms that contribute to growth and higher living standards, the emergence of an ever larger class of billionaire company founders is to be applauded. In 2004, just 20 percent of people on Forbes World’s Billionaire List were from emerging markets. By 2014, that figure was 43%, and emerging-market firms occupied 30% of the Forbes Fortune 500 list, more than double their share a decade earlier.

The central issue is creating the right incentives for entrepreneurship to enable good ideas to flourish. That means trimming excessive regulation so that small, innovative start-ups can become big; reducing protectionist measures that discourage firms from exporting; and protecting property rights.

Inequality, of course, will always be a sore point for some. But measures such as taxes on inherited and financial sector wealth can help limit wealth that does little for the general good. And they can help level the playing field by increasing government revenue and redistribution and encouraging philanthropy. If inequality is perhaps inevitable, the question is perhaps not how to limit the number of billionaires. Rather, it is how to help more people in their efforts to found innovative firms that propel growth, create more and better jobs, and improve overall welfare.