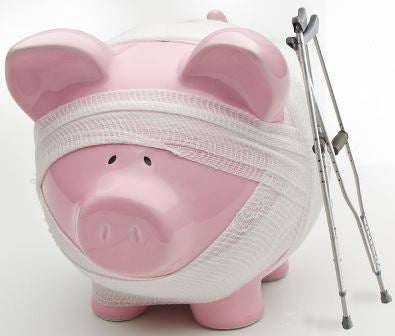 Does an industrial businessman in Monterrey, Mexico, save a bigger percentage of his income than a rural worker in Chiapas? Whether the rich save more is a longstanding question with important policy implications that has different answers according to each country or region. What happens in Latin America? In an analysis of 14 Latin American and Caribbean (LAC) countries we find that in 10 of them the rich do save a larger fraction of their lifetime income than the poor, with some variations.

Since savings and consumption are two sides of the same coin, this issue has welfare and policy implications. If richer people save more than their poorer counterparts, what is the impact of a progressive tax reform on national savings? Does a government facing a recession and considering a fiscal stimulus have anything to gain by concentrating on the rich or on the poor? What is the impact of a tax cut on aggregate demand?

In Latin America, the only countries where the more affluent don’t save more than the poor are Bahamas, Chile, Colombia and Uruguay. In the remaining 10 countries, households in the fifth quintile of lifetime income have statistically larger savings than poorer households. However, this second group presents several scenarios.

In Argentina, only the top rich save more. For the remaining 80% of the population there are no significant differences that indicate that the more affluent have larger savings than their counterparts in the previous stage of the income/wealth scale.

For the rest of the countries —Bolivia, Costa Rica, Ecuador, Panama, Paraguay and Peru — there is stronger evidence that the rich save more than the poor. However, in some cases only the top rich save more, while in others richer people save more along the income/wealth distribution.

These findings were reached by following two strategies. The first takes into account the effects of lifetime income on savings rates. A permanent policy change will have effects across different phases of a person’s life cycle, so it’s important to take into account lifetime income rather than current income, which is affected by temporary factors. Lifetime income is estimated through the education level of the household head’s partner.

Second, we constructed a wealth index based on home appliances and other durable assets owned by households, from owning a home or a car, to having a regular TV or flat screen TV, a refrigerator, a dishwasher, an Internet connection or a computer.

In the study we used surveys on income and spending conducted in urban and rural areas, except for Bahamas, Chile, Panama and Uruguay, where they were restricted to urban areas. We included household heads at least 20 years old.Alternatively, to assess the robustness of the results, we restricted the sample to people between 30 and 50 years old and also used the education level of the household head to estimate lifetime income.

These findings for Latin America are closer to studies that found that the rich save more in the United States and Australia (Dynan, Skinner and Zeldes, 2004, and Chakrabarty, Katayama and Maslen, 2008). On the other hand, Alan, Atalay and Crossley (2004) concluded this was not the case in Canada.

Policymakers will have to explore thoroughly the particular scenario in each of their countries to draft the most appropriate policies to address the implications of different saving capacities among their population.