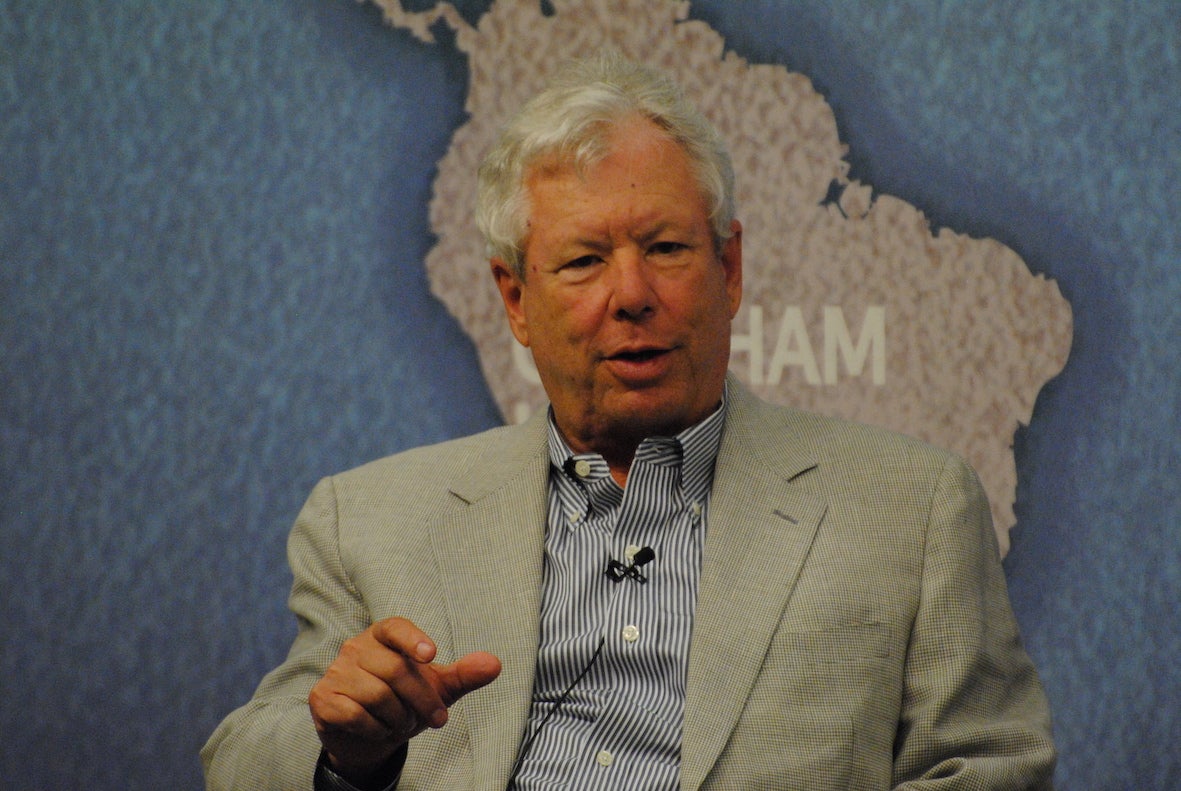 Richard Thaler, the University of Chicago professor who fused psychological insights and economics to reveal how biases affect decision-making, was awarded Oct. 8 the 2017 Nobel Prize in economics.

The award, which recognizes Thaler’s work in overturning assumptions about economic behavior as rational and demonstrating how people could be “nudged” to make better choices, brings us great satisfaction at the IDB. His influence has been crucial in helping us design interventions that have helped improve lives in Latin America and the Caribbean.

“By exploring the consequences of limited rationality, social preferences and lack of self-control, he has shown how these human traits systematically affect individual decisions as well as market outcomes,” the Swedish Academy declared. In other words, we are not as rational as most economic models have assumed us to be. We are not even as rational and self-calculating as we believe ourselves to be.

The vision has informed a large body of our work at the IDB Research Department in recent years. We have partnered with local and national governments and agencies in Latin America and the Caribbean to test ways of using people’s biases to help them make wiser choices. Because of the simple nature of those interventions, we have found that we can improve people’s well-being and that of society at relatively low cost.

One of Thaler’s observations is that people take mental shortcuts when they make decisions, based on their cognitive limitations and the little time they give themselves to think things through. Tax compliance is a classic case. Many people in Latin America don’t pay their taxes because they believe they will incur a small penalty. In Argentina, the cost of not paying property taxes in most cities is a compounded interest rate of 2%. People tend to view that amount as insignificant. They don’t consider how the penalty will be computed and disregard the fact that it will be compounded. But in an intervention we undertook in Junín, Argentina, we found that if we rephrased the information to make it clear that a $1000 tax liability would result in an additional $268 in arrears at the end of the year, people became worried. They paid their tax. And thanks to that formulation, we increased compliance by almost 10% in the group that received the message compared to a control group.

Another key insight of Thaler’s is the importance of fairness to consumers. Again, when it comes to taxes, we find that people’s decision to pay or not pay is linked to their perception of how equitable the system is. That is to say, it matters to them whether others also are paying and the government is making good use of the money it collects. For that reason, informing people that fellow citizens are in fact meeting their tax obligations and the government is using tax collections to improve municipal services, as we did in Junín, can improve compliance.

The problem of self-control, of peoples’ tendency to give in to temptation, is fundamental in Thaler’s view. “Thaler has also shed light on the old observation that New Year’s resolutions can be hard to keep,” wrote the Swedish Academy. Rewards can help people keep their resolutions in many contexts. But it is not always the case. There is much evidence to suggest that if rewards are not well-designed, they will work for only a limited time or not at all. In particular, we have found that those rewards that appeal to peoples’ moral side are more effective than those that provide only a monetary incentive.

The IDB is helping people save better

Closely linked to that problem is the fact that people discount the long-term. They don’t consider how their current actions will affect them down the road, and neglect, for example, to save for retirement. At the IDB, we have found ways of helping people to make better savings choices. We have promoted systems where a certain amount of money is automatically deducted for savings from electronic salary payments and encouraged education that teaches savings behavior in children, whose brains are still developing in areas of impulse-control.

The Swedish Academy got it right when it recognized the transformative nature of Thaler’s thought. “Richard Thaler’s contributions have built a bridge between the economic and psychological analyses of individual decision-making,” it wrote. To the extent that we have been able to apply his insights to Latin America and the Caribbean, we have done so, knowing it can make a big difference in improving peoples’ lives.