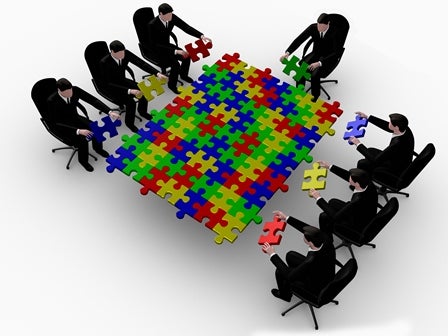 Entrepreneurship is often seen as a vehicle for upward social mobility, especially for the middle class. Therefore, for decades Latin American countries have strived to support a vigorous middle class, based on the assumption that middle-class values and attitudes are most conducive to investment and innovation. However, an apparent contradiction lies in the fact that more entrepreneurs in the region come from the upper class.

Creating an entrepreneurial society is a tall order, especially for a region like Latin America, burdened by widespread inequality. Do entrepreneurs from different social origins face different prospects of mobility? Should public policy promote entrepreneurial activity to increase social mobility? If so, how?

To address these questions, here are five things policymakers need to know about Entrepreneurship in Latin America:

1.     Not all entrepreneurs are Steve Jobs:

Entrepreneurship, as portrayed by pop culture, synthesizes the ideals of competitive capitalism. Major breakthroughs in technological innovations with large market potential (such as Google and Facebook) have been carried out by young, clever, ambitious and educated individuals operating independently in small-scale firms. But the extent to which this spontaneous process can be replicated in different contexts remains an open question.

Latin America is replete with “necessity entrepreneurs” who launch their own business not by choice, but by necessity:  the need to earn a living when other options, such as wage employment, are lacking. They often operate in the informal sector; their ventures have low levels of technology; and they earn rent in return equivalent to a modest salaried job, but with more risks and less benefits than employees in the formal market. Public policies, if properly designed, should aim to exploit synergies and to engage the middle class and the lower parts of the income distribution.

Once an agreement is reached on the need to have an entrepreneurial policy that cuts across individuals from different social classes and ethnic backgrounds—not only among upper-class elites—it is important to develop clear guidelines and operational criteria to design and evaluate the type of entrepreneurship desired. Reasonable criteria for such entrepreneurial policy can include the contribution of entrepreneurship to firm creation, productivity, innovation, employment generation, lower- and middle-class incomes, resource mobilization and export orientation.

Entrepreneurship in Latin America also identify the growing importance played by networks and family, friends, and community institutions in overcoming obstacles and paving the way for a vibrant entrepreneurship at all social levels. Promoting social capital and facilitating communication and networking can be a device to overcome possible disadvantages that middle-class entrepreneurs face. In particular, global contacts, executives in large firms, and others in the business world are needed to create new dynamic firms.

Red tape and bureaucracy are certainly external obstacles to entrepreneurship, but they are not the full story. Reducing time and costs of legally incorporating a firm will favor the creation of new enterprises. In several Latin American countries, the cost of closing a firm and going out of business is often high due to the stringent bureaucratic procedures to stop a firm from operating. Policymakers must keep in mind that when the exit costs are high, the entry of firms is also indirectly penalized. In sum, impeding the process of creating and closing a firm can discourage would-be entrepreneurs.

There is a collective need among Latin American countries to level the playing field through education. That is to say, opportunities to develop entrepreneurial skills through the education system may help to compensate for disadvantages associated with social origin.

However, access to the education system is strongly correlated with the socioeconomic level of the student. Without reform, the education system will perpetuate — rather than correct — existing inequalities of income and wealth and is unlikely to contribute to democratizing entrepreneurship. If university-level training in entrepreneurship is pursued, then it is important to engage public universities in this effort, since middle- and low-income students are more likely to attend public universities than private universities. Beyond the formal education system, small business assistance programs and active labor market programs (which may or may not be run by government entities) often include training components aimed at developing the skills of potential entrepreneurs who may have previous labor market experience but insufficient formal education.

Read more: “Entrepreneurship in Latin America: A Step up the Social Ladder?” by Eduardo Lora and Francesca Castellani