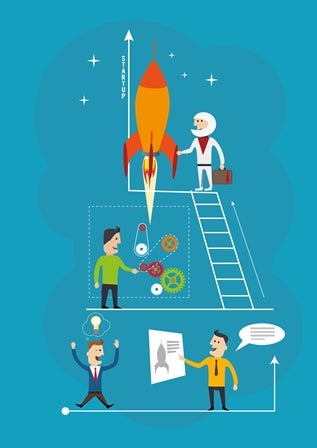 An individual’s place on the social ladder is the result of his efforts and achievements rather than his, or his parents’, socioeconomic status—or is it? This idealistic adage is predicated on a society that offers equal opportunity for all, something that is more the exception than the rule in Latin America and the Caribbean.

A society offers greater social mobility when  individuals in that society enjoy a substantially higher social standing than  their parents. Unfortunately, in Latin America the opposite occurs more often than not: poor individuals are unable to provide their children with a good education and lack the connections to help them find jobs and take advantage of  business opportunities. If the rich control the opportunities for success, their children will have a much greater chance of becoming successful. For this reason, countries where income is distributed in a very unequal manner are also characterized by low mobility. Mexico is a case in point: with a Gini coefficient of 0.51, it also has one of the lowest levels of social mobility among OECD countries. At the same time, Mexico is full of entrepreneurs, from some of the richest people on earth to millions of small artisans and street vendors.

Against this backdrop, Viviana y Roberto Vélez-Grajales decided to analyze the role played by entrepreneurship in promoting social mobility in Mexico. They reasoned that becoming an entrepreneur surely depends not only on talent and effort, but also on family factors, such as parents’ wealth, education or profession. Identifying such factors could offer clues to whether entrepreneurship is a channel for social mobility or just a mechanism for reproducing existing inequality. Furthermore, it could shed light on how public policies should be redesigned to help overcome the barriers faced by poor and middle class entrepreneurs.

For their research, they made use of a unique piece of data: the Mexican Social Mobility Survey of 2006, which collected detailed socioeconomic information for a representative sample of individuals, including retrospective information on their parents.

Some of their findings were entirely predictable, but others were quite novel. Their results show that entrepreneurial activity is a good vehicle for upward mobility, in the sense that entrepreneurs tend to have higher living standards than their parents. However, the effect of entrepreneurship on social mobility is not uniform across social groups. Although entrepreneurs with lower-income parents experience upward mobility, it is more difficult for them to reach the top end of the socioeconomic distribution compared to those with parents who belong to the middle- or high-income end of the socioeconomic distribution. Even more importantly, the individual’s decision to become an entrepreneur and his chances of success are strongly influenced by his father’s occupation, but not by his father’s wealth or education (being Mexico, the study was done only for males, so the gender reference here is intentional). This is remarkable indeed, since it suggests that the lack of social mobility in certain professions, including entrepreneurship, has family roots that have to do not with wealth per se, but with a set of values and experiences that are acquired early in life and for which it must be difficult to compensate later.

Finally, when the exercise was replicated by socioeconomic classes, they encountered another surprise: the return to entrepreneurship was substantially lower for those with parents who belonged to the middle classes, than for the rest.

Taken together, this research and its conclusions leave a bitter sweet taste. Yes, entrepreneurship enhances income mobility, but only for the relatively few with the right family background, and certainly not for the vast majority of those from the middle class who lack the ability to take risks and to make good managerial decisions. There is room for policy action, but it is limited. Policies should not be aimed at increasing the number of entrepreneurs, but at identifying and removing entry barriers to entrepreneurial activities. Since entrepreneurs tend to be exceptional individuals, the challenge is to target public programs accordingly, so as not to waste public resources simply promoting entrepreneurship.

***
More in: “Entrepreneurship in Latin America: A Step up the Social Ladder?” by Eduardo Lora and Francesca Castellani