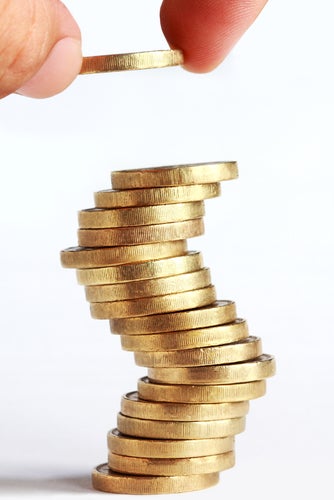 The policy of quantitative easing led by advanced economies and the subsequent surge of capital flows to emerging economies (EMEs) after the global financial crisis together with their recent reversal have highlighted the need to tailor a macro approach for EMEs that incorporates financial stability as an explicit policy target. But what should the approach be? Should it take the form of a modified central bank rule for the policy rate or should there be a separate macro instrument?

A conference in Buenos Aires organized jointly by the Financial Stability and Development Network of the IDB, the Central Bank of Argentina, and the Bank of International Settlement (BIS) addressed the debate.

A fundamental issue is whether a single policy tool exists to help alleviate the risks of volatility in capital flows without jeopardizing the primary monetary policy objectives, i.e. price stability and output growth. Not everybody agrees that such a tool exists.

The standard version of the so-called Taylor Rule is the most common tool used by Central Banks to meet those objectives. While some economists favor augmenting the Taylor Rule through a Financial Stability-oriented Monetary Policy (FSOMP), others prefer using unconventional monetary policy tools for macroprudential purposes (to prevent financial crises). Several BIS officials who attended the conference have presented research that favors the former idea, through incorporating a financial-cycle indicator to the Taylor Rule given that macroprudential policy on its own, they argued, would not be effective.

According to this line of thinking, a monetary policy rule that takes financial developments systematically into account could help dampen the financial cycle without threatening the long-term output goal. Further empirical work by the BIS proves this by showing that financial cycle indicators are helpful in signaling business cycle conditions. This reinforces the idea that an economy could benefit from the use of an augmented version of the standard Taylor rule. Incorporating financial indicators into the Taylor rule in a systemic way would help prevent the economy from being too far for too long from some notion of “financial equilibrium,” thereby addressing both good and bad times.

There are, however, risks associated with following a FSOMP which were addressed at the conference. On one hand, the policy rate could be more volatile and percolate to the target variables, output growth and inflation. Another more subtle but equally important point is that while the use of macroprudential tools—e.g., capital requirements—may help mitigate moral hazard problems and risk taking, it also may hamper growth and reduce welfare by restricting bank lending.

In the specific case of EMEs, participants discussed Turkey’s experience using monetary policy tools for macroprudential purposes. From 2011-2015, global capital flows exhibited unprecedented volatility, making it an important period for EMEs. In 2011, Turkey was facing real currency appreciation, an overheated economy, and a large current account deficit, which was financed with portfolio and short-term inflows.

Aiming to protect the Turkish economy from sudden reversals in global sentiment, the Central Bank of Turkey (CBRT) devised two monetary tools for macroprudential purposes: the asymmetric interest rate corridor and the Reserve Option Mechanism (ROM). The former involved the CBRT lowering the interest rate to reduce the attractiveness of short-term carry trade type inflows. ROM, meanwhile, allowed (and allows) commercial banks to meet their reserve requirements by using foreign exchange and gold. Conversion happens at the market exchange rate times a mark-up parameter established by the CBRT, called the Reserve Option Coefficient (ROC). Banks decide the share of reserves depending on its relative cost. With strong inflows, banks would voluntarily accumulate foreign exchange at the Central Bank, further reducing the extent to which capital inflows end up being intermediated and mitigating potential imbalances.

Monetary authorities must acknowledge all available policy tools, participants stressed. There may be no one-size-fits-all rule that works out symmetrically. But some policies may work better for specific financial structures. These are important lessons for Latin American central banks, which will likely confront more financial turbulence in international capital markets in the years ahead.

Cristina Griffa is currently the coordinator of the Financial Stability and Development (FSD) Network at the IDB’s Research Department. Prior to the IDB, Cristina worked as a macroeconomics researcher for a hedge fund in New York. She holds an MPA in Economic Policy Management from Columbia University, a Certificate as International Investment Analyst (CIIA) and a BA in Economics from the Argentine Catholic University. Before that, between 2012 and 2015, Cristina served as Junior Professional Associate at the World Bank. In Argentina, she worked between 2008 and 2011 at the Public Debt Office of the Ministry of Economy. Cristina’s research interests are in the fields of international finance and macroeconomics with a focus on Latin America.