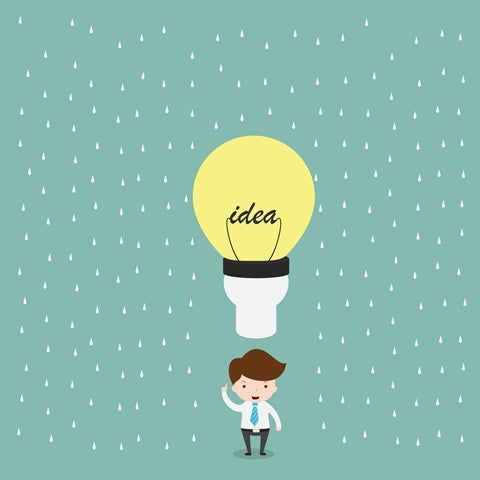 Nevertheless, it seems that the measures they have taken up to now are headed in the right direction: increase prices and intensify awareness-raising campaigns that encourage a more rational use of water. The campaigns include information on how to decrease consumption in households or incorporate plants and gardens that require less water to survive, among other ideas. All the efforts are being accompanied by informational websites, an active presence on social networking sites -with almost 20,000 followers of the Twitter account @saveourwater– as well as television campaigns.

What can be expected of these campaigns? What have we learned from the evidence that we have developed in Latin America? We tell part of the story in our blog “The Do’s and Don’ts of ‘Nudging'” where we ask “How can governments guide people to make choices that improve their welfare?”

On one hand, we argue that price increases can help reduce energy consumption, as we demonstrate in an IDB study analyzing natural gas prices in Argentina. In the study, where we exploit a change of legislation that provided us with the possibility of identifying the effect of the price increase, we find that a 25% increase in the price led to a reduction of almost 4% in the short run. This decrease may have been even larger in the medium to long run as people adjusted not only their habits but also their appliances.

On the other hand, we suggest that the use of “nudges” can help people take into account the effects of their decisions on their welfare and that of others. We even show how information campaigns can lead people to pay more taxes. Nonetheless, we emphasize that for these messages to be effective, they have to be well designed: that is to say, convincing, relevant, clear and concise. Otherwise, the messages may have not the desired effect and they may even backfire, creating incentives for people to behave in the exact opposite way.

In the area of energy conservation, nudges have been widely used. Today, it is common, for example, for public service bills to include not only the individual’s consumption, but also that of the neighbors and that of those neighbors who most consciously use the service. As a result, consumers have the ability to evaluate if they are consuming more than they should. Furthermore, in order to be more effective, the comparison may include a graphic and a simple evaluation by the company that tends to reinforce the quantitative information, as it is shown in the picture below. Basically, in this case, the consumer can rapidly identify how well she is doing with respect to some baselines; a “happy face” reinforces this message. Evidence indicates that this nudge works and people tend to consume less, particularly when they are presented with a negative evaluation (a “sad face”)

The evidence seems to indicate that both the messages, as well as the price increases, have an effect. But what mechanism is more efficient and sustainable? Is there any comparative evidence? In a recent article, the authors evaluate the differential impact of messages  that appeal to moral conscience and prices. The authors divided the consumers in a prefecture of Japan into three groups. The first group received a message that appealed for a lower consumption of energy; the second group was charged through a system of differential pricing during the peak consumption hours, and the third group served as a control. The results indicated that those who received the message reduced their consumption by approximately 8% in the short term, but the change in consumption did not last. The change in prices had a greater impact  (a 14-17% reduction) and also was more enduring (it was maintained throughout the interventions). Of course, while this is compelling evidence some questions remain. First, was the size of the interventions homogeneous? That is, was there any another message that could have matched the price increase in terms of effect? Second, can these results in Japan be extrapolated to other countries? These are questions that the literature will surely tackle in the next few years.

What is the best solution for California? How can sustainable improvements in the use of resources be achieved? There is still a long way to go and research to be undertaken, principally in comparing the results of different mechanisms. What we do know, and we emphasize it in the previous blog, is that both prices and “nudges” can be effective in modifying behavior. But the effectiveness of public policies depends to a large extent on their design. Not all policies have the intended effects. The discussion around the California case also indicates that it is very important to do an exhaustive appraisal of the situation to be able to understand the potential reach of each public policy. The discussion of different experiments indicates that every intervention should be accompanied by a thorough impact evaluation. Faced with a shortage of water, it is necessary to have a flood of ideas.