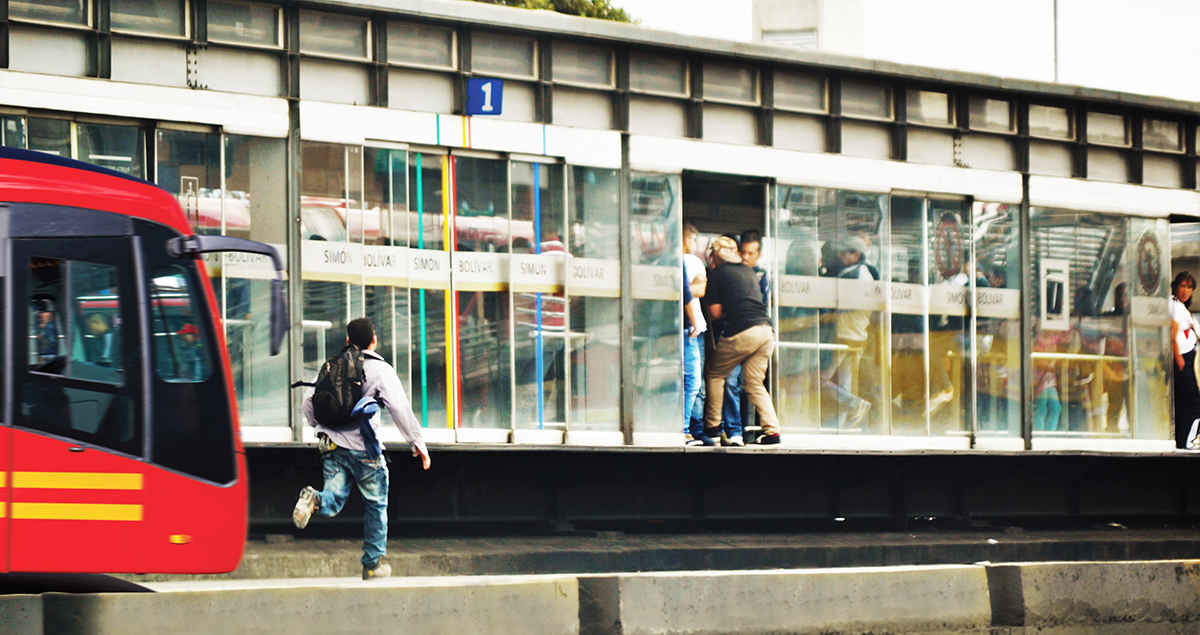 From New York and Washington to London and Santiago, metro and other mass transportation systems have long been vulnerable to people who jump turnstiles, avoid ticket collectors, and engage in other kinds of fare evasion that can lead to tens or hundreds of millions of dollars in revenue losses each year and even accidental death. TransMilenio, the world’s largest bus rapid system (BRT) and a major benefit to Bogotá’s productivity, is no exception. In 2019, fare dodging on TransMilenio stood at an estimated 15% or around 222 billion Colombian pesos (about US$65 million). The year before 12 people died trying to sneak onto TransMilenio buses.

The challenge for policymakers is not only how to better employ traditional methods of control, including physical barriers, cameras and other kinds of monitoring to reduce the problem, but also behavioral sciences to change the way the system’s users make decisions. It is in using innovative ideas and solutions to positively affect citizens’ behavior.

A Behavioral Sciences Initiative in Bogotá

That is what MoviLab Bogotá, the city’ innovation laboratory for mobility, sought to achieve in November 2020 when it launched the Mobility Challenge, convening research teams at Colombian universities to help curb fare evasion. The initiative led by the Mayor’s Office of Bogotá and supported by TransMilenio, selected five research teams from Universidad de los Andes, and ICESI, Rosario and La Sabana universities. The teams then designed pilot interventions with the support and methodological guidance of the Behavioral Economics Group of the IDB, the Citizen Culture Direction and TransMilenio. Based on behavioral sciences and citizens’ culture insights, the proposals were presented before a panel consisting of TransMilenio, the Mayor’s office and transport specialists like NUMO and Despacio who then selected the winning interventions that would move into the testing stage.

The challenge was immense. As we know, rationality is limited. The decisions we take every day are governed by hundreds of behavioral biases. We might turn off our alarm clocks multiple times when we know we must get up or continue to eat long after we are full. Indeed, behavioral biases often lead us to make decisions that harm our well-being and that of society, including the financing of the public transport systems so crucial to our lives and those of our fellow citizens.

People, of course, evade fares for many reasons, including a perception that the price of the ticket is too high; anger at the system’s operational problems; a lack of feeling of identification with the system; inaccurate beliefs about its ownership and financing; and often, poverty. They may even associate a metro or BRT, like TransMilenio, with a government administration or a politician and dodge the fare to register a protest.

The Role of Behavioral Biases in Fare Dodging

Behavioral biases often play a significant role. In a phenomenon known as optimism bias, which involves underestimating the possibility of a bad outcome and overestimating the probability of a good one, people downplay the chances of being caught by the police and punished. They may also not know of any cases of people having been caught and, for that reason, believe that punishment is unlikely. This is known as the availability heuristic, where people estimate the probability of a future event based on representative cases that come to mind. Finally, they may suffer from a form of instant gratification, where they prioritize the short-term savings of not paying a ticket over the long-term benefits of improving the systems’ quality through higher revenues. This is known as present bias: the choosing of a short-term gain over a bigger one in the future.

Whatever the case, integrating an understanding of these and other behavioral biases into the design of public policies is key. Such biases are systematic, and we can correct them with simple interventions that redirect decision-making in a more positive direction.

Three prioritized proposals are currently being refined with support from, the Citizen Culture Direction, TransMilenio S.A. and the IDB’s Behavioral Economics Group under the coordination of Movilab Bogotá. These will then be tested in the field to evaluate their effectiveness. The hope is that they will lead to interventions, including high-impact communication strategies, that change behavior.

Fare evasion is a menace to the financing of TransMilenio and other vital mass transit systems and represents a risk of injury and even death to people who engage in it. Behavioral sciences offer us potential solutions, and we should seize them to reduce the problem to a minimum.