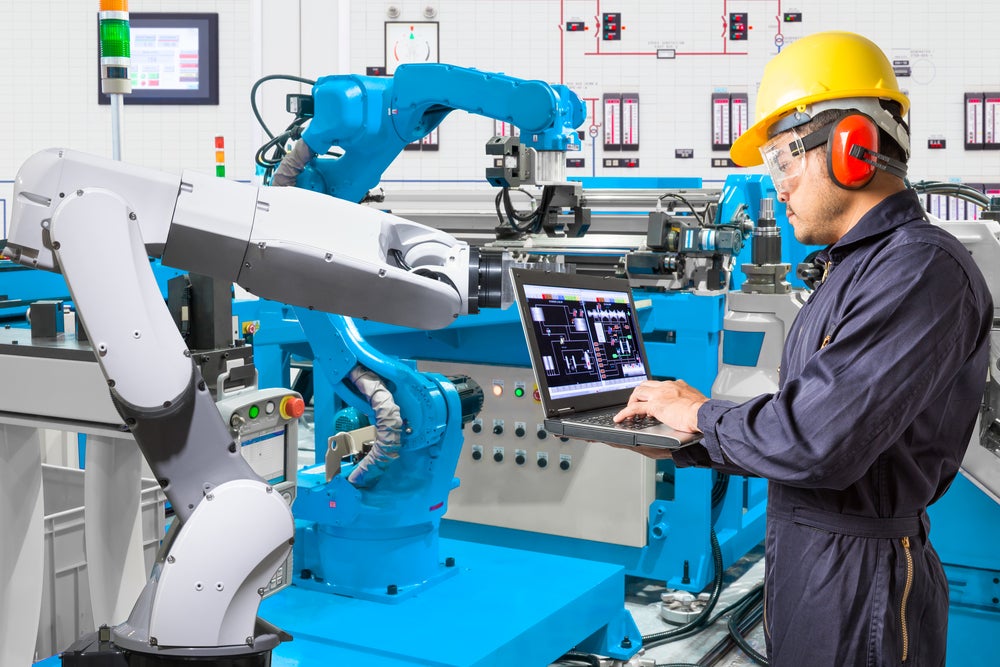 Amazon’s decision earlier this month to spend $13.4 billion to buy Whole Foods, the organic supermarket chain in the United States, may have been the kind of brash, high risk move that has helped catapult the former discount book seller into the ranks of the world’s top five publicly traded companies. But for workers—and economists—it suggests a milestone in a brave new world of labor far greater than the internet giant itself.

Amazon operates a store in Seattle, Amazon Go, where robots and machines stock the shelves and serve as cashiers. A fleet of drones may soon fly its products to the consumer’s door. While the company says it won’t be firing anyone at Whole Foods, it seems only a matter of time before computers and robots force its store clerks, cashiers, delivery staff, and even accountants out of the workforce or into retraining for more productive jobs.

A tectonic shift is occurring. In factories and mines, on oil rigs and farms, in offices and shops, machines in the developed world increasingly do work that once provided solid middle- or working-class incomes for millions of people. That is making economies more productive. But it also is putting many traditional occupations in jeopardy. In the middle of the skills distribution—in the metal and machinery trades, in construction, in handicrafts and printing—jobs are hemorrhaging. Experts believe that other careers, such as retail sales, telemarketing and accounting, will soon be on the chopping block.

At the same time, opportunities are being created. The demand for high-paying workers using abstract reasoning, especially in science and math, is increasing. So is the need for lower level, non-routine jobs that can’t be codified, like elderly care and protective services.

For now, Latin America and the Caribbean has largely managed to escape those transformations, albeit at the cost of not becoming more productive and prosperous. But they will come. They will inevitably revolutionize employment in our region, and as we point out in our upcoming flagship publication, Learning Better: Public Policy for Skills Development, generate a need for training systems that can help workers continually reinvent themselves. The future workers of the 21st century will not do one job. They may work five different jobs in the course of their careers as technologies evolve. That means firms and governments will need to help them cycle back and forth between work and school so they can continually acquire new skills and tackle new tasks.

How long that modernization will take is anyone’s guess. The region has been slow to adopt new technologies, slower than East Asia and roughly on par with Sub-Saharan Africa, and lags far behind the developed world even in implementing the technologies it has. Large firms in Latin America, for example, incorporate computers nearly as quickly as their counterparts in developed countries. But, in Bolivia, to cite one case, only 35% of the workforce in small- and medium-sized firms uses a computer compared to 65% of similarly sized firms in advanced economies.

Some of this backwardness is related to the abundance of cheap labor. With the cost of hiring workers so low, there is little urgency to introduce machines that can cut costs. Then there’s the relatively low skill level of many entrepreneurs and managers, which prevent them from identifying and assimilating new technologies, and the low skill level of workers that make technological advances hard to implement.

Tax and regulatory systems in Latin America and the Caribbean also play a role. These tend to favor small- and medium-sized firms over large ones, even though large firms are more productive and more likely to innovate, technologically and otherwise. Worker protections, meanwhile, make it hard to fire workers. They make it hard to replace employees with new hires who better know how to use cutting-edge machines.

These barriers have to be overcome if the region is to move from middle- to high- income status. That will entail labor reforms, including employment insurance schemes that protect workers between jobs and make it easier for firms to hire and fire. It will entail fiscal and macroeconomic reforms. And it will require much better education of workers from early childhood through adulthood and throughout their working lives, so they have the skills to match the great technological breakthroughs. Our soon-to-be-released study provides a detailed guide to how this can be done using available scientific evidence.

Massive technological changes are coming one way or the other. The inevitable fall in prices for high-tech machinery alone make them unstoppable. All the more reason for the region to be an active participant in that transformation, so that a virtuous circle is created in which skills increase, the best technologies are adopted, wages rise and economies grow.