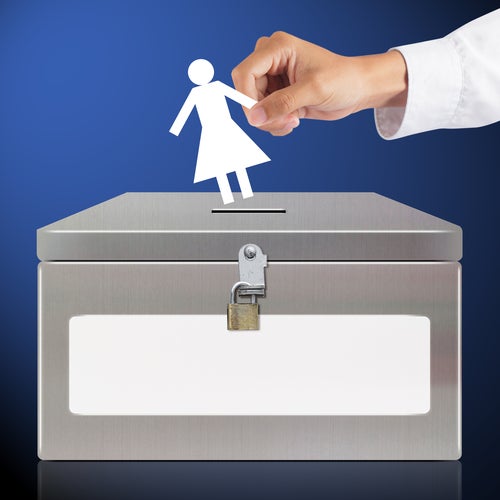 Hillary Clinton’s June 14th victory in the Washington D.C. Democratic Party primary brings an end to a primary season that will see her coronated as the first woman to lead a major political party in the United States since George Washington assumed the presidency 227 years ago. If she wins —still a big “if”—she will become the first female president of the United States next January.

The historic moment would mark the culmination in a long journey of female advancement in the United States which began in 1920 when women won the right to vote. It thrills those who believe that a female president would be transformative, bringing unique qualities of honesty, empathy, and social concern to the leadership of the world’s largest military and economy.

But can one really expect such changes from a woman in office? Interestingly, Latin America and the Caribbean is far ahead of the United States in this regard and could provide some clues. The region, after all, includes nine nations that have elected female presidents or prime ministers to full terms, more than any other part of the developing world. Moreover, as discussed in a landmark IDB study, it is one in which presidents have considerable power. Presidents in Latin America control much of the policy-making process, especially when their party dominates congress. To a far greater extent than in the United States, according to another IDB study, they control the budget and the distribution of resources to states, departments and municipalities. If women really do have a different perspective on governing, wouldn’t their assumption of leadership in Latin America result in dramatic makeovers in legislation and policy?

No evidence exists to prove that this is the case. A recent study in Brazil at the municipal level suggests that women who have had to compete in close elections against men to be elected mayor were 29-35% less likely to be involved in corruption as detected by a federal anti-corruption program. Women hire less temporary employees than their male counterparts during electoral years, a standard way of using patronage to win elections, and receive fewer campaign contributions when running for re-election, another common link to corruption. They are often excellent administrators. In a nation where a mayor’s effort is critical in determining how much money a municipality gets from the federal government, women mayors attract 60% more inter-governmental transfers for capital investment than male ones. Their administrations also result in better health outcomes for young children, with more pre-natal visits and fewer premature births.

At the federal level, however, there is little evidence of a relationship between gender and governing priorities or performance. Female presidents have had hugely different governing styles in Latin America and the Caribbean. They include leaders who have been leftist and rightist; populist and pluralist; wildly popular and barely tolerated, with ratings under 10%. There is no pattern, that as women, unites them. Indeed, when it comes to issues of special concern to women, Michelle Bachelet of Chile is unusual in having pushed for measures that expanded women’s access to contraception and shielded working mothers from employment discrimination. Most other female leaders, according to a study on women in politics in Latin America and the Caribbean, have avoided working closely with women’s organizations or even being labeled “feminist.”

Ultimately, the most important thing in bringing a female perspective to politics may not be having a female president, but having larger numbers of women in all areas of government, including national legislatures and state governments. In the United States, for example, where women make up just under 20% of congress, research suggests that congresswomen are more likely to advocate for pay equity, child care, and other issues important to women. In Latin America, where the representation of women in legislatures has risen from 9% in 1990 to 25% in 2014, largely as a result of gender quotas, pressure from female politicians and outside activists has helped pass domestic violence legislation. Such advances do not stand on their own, of course. Studies indicate that women officeholders encourage other women to enter politics. This in turn can help change political priorities. A female president might bring a new perspective to the presidency of the United States. But her greatest legacy as a woman could be that, in rising to the world’s most powerful and visible political office, she inspires other women to take up politics as a calling, and, in the process, helps change the political agenda from the inside. More female leaders in Latin America and the Caribbean, especially if transparent and successful, could have a similar effect.