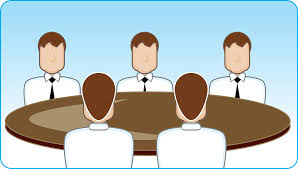 Over the last 20 years, Latin Amerand the Caribbean has made large strides to close the gender gap in education and employment. Since the early 1990s, more women than men in the region have been enrolled in school at the secondary and tertiary levels. And today women make up more than 40% of the region’s labor force despite the stereotypes that make those gains difficult.

Nonetheless, a significant gender gap persists, especially in the higher professional ranks. According to a 2012 report by the IDB, for example, women hold only 33% of the better paid professional jobs in the region, including those in architecture, law and engineering. Moreover, disparities prevail at management levels. Jamaica, Colombia, and St. Lucia stand out globally in having a higher share of women than men in management. But even in those countries, women have little representation in the highest spheres of their companies.

Appointing more women to those spheres—to company boards and executive positions—might precipitate changes needed to combat gender inequality in the workplace as a whole. But, according to a study by Luca Flabbi, Claudia Piras and Scott Abrahams for the IDB, that is where the so-called glass ceiling is hardest to break. On average, in Latin America and the Caribbean only 8.5% of board members and 9.2% of executives per company are women. Additionally, women make up only 4.2% of CEOs.

One way to break that pattern would be to start at the board level. Women on the board can serve as role models and mentors for lower-level employees. They can fight stereotyping, make the workplace more inclusive, and promote worthy female candidates to executive status. Indeed, companies in the region with at least one woman on the board are 13% more likely to have at least one woman executive.

Appealing to the profit motive could be another way to move women up the corporate ladder. A study by the McKinsey Global Survey in Latin America found that 60% of executives say they believe a leadership team with significant numbers of women results in higher financial returns. The actual evidence on gender diversity and firm performance in Latin America and the Caribbean seems to suggest at least some correlation. Companies with at least 30% women on the board also appear to be about 5% more profitable. While other factors may be behind that profitability, it seems likely that diverse boards lead to better decision making.

At the end of the day, Latin America and the Caribbean is not that much different from the United States in its efforts to incorporate women more fairly into the corporate realm. The share of female board members, executives and CEOs is roughly similar. Furthermore, not all sectors or areas of the region show such skewed representation. The health and financial sectors have relatively high proportions of female executives and board members, especially compared to the IT sector. And compared to Central America, the Southern Cone, and the Andes, the Caribbean has a very high percentage of female leaders, with 18% of board members and 29% of executives being women.

If the problem spans the world, however, the countries of the region will have to arrive at their own solutions. Whether those involve quotas for leadership positions, more recruitment, paid parental leave or any of the other host of solutions proposed to address inequality is yet to be seen.