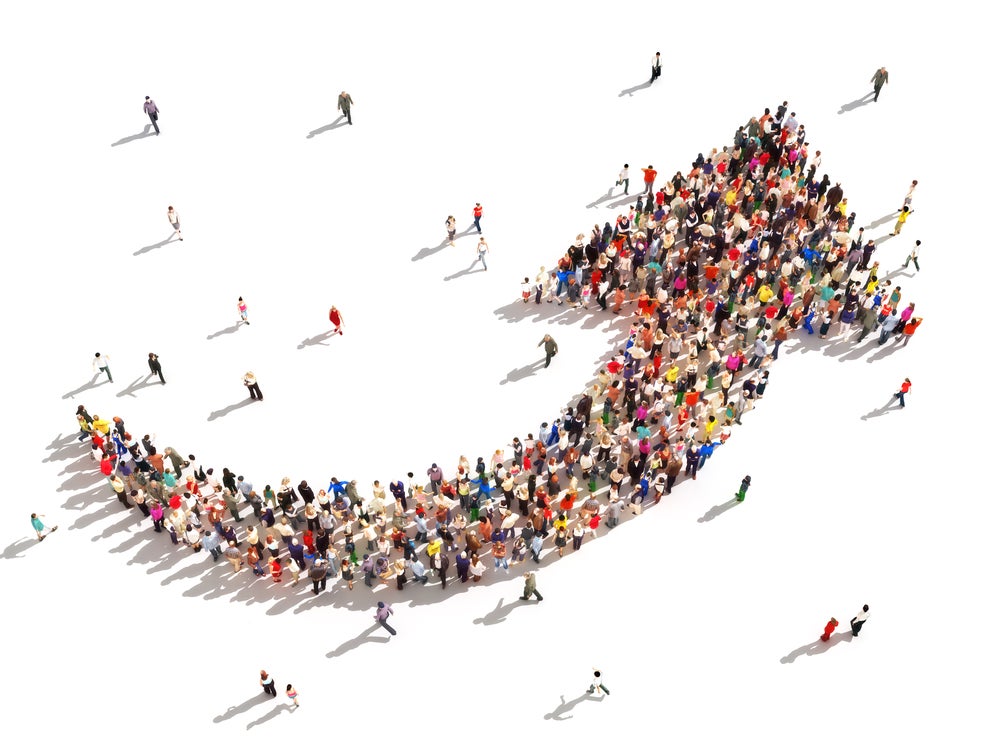 Growth in Latin America and the Caribbean has been disappointing. For commodity exporters, the exceptional 2002-2012 boom boosted investment and relaxed fiscal constraints, but many countries made little progress on improving underlying productivity and their medium-term growth potential. In other countries, particularly some in the Caribbean and Central America, negative shocks, combined with a lack of flexibility and weak fiscal positions, led to low growth and higher debt levels. Throughout the region, increases in current government spending (on social protection policies, transfers and subsidies) helped reduce inequality. But some well-meaning reforms may have had an adverse impact on productivity. Only relatively few countries in the last two decades maintained economic policies that favored higher savings and investment without creating economic imbalances. Several are facing fiscal adjustments, affecting social outcomes and productivity prospects, and provoking cuts in already low public investment levels.

Getting the diagnosis right

Despite strong global growth, Latin America and the Caribbean is expected to grow below or at the same rather disappointing rates for the near future. This year’s 2018 Latin American and Caribbean Report, A Mandate to Grow is devoted to an analysis of growth performance and what can be done to enhance it. The Washington DC release of the report is scheduled for April 5th at the IDB; all are welcome to attend or watch online.

Appropriate policy treatments should be based on the right diagnosis. Three methodologies are regularly employed by IDB country economists as inputs to determine growth strategies; they are described briefly in the box below. A Growth Diagnostics approach suggests that for several countries the binding constraint to growth may be low savings due to problems of domestic financial intermediation. In other countries characterized by low savings, low investment and low interest rates, the problem may be a lack of profitable opportunities rather than the lack of finance. Weak property and creditor rights may drive problems of appropriability. In other cases, the underlying binding constraint appears to be more the lack of complementary inputs, such as human or physical capital, or the lack of innovation, product sophistication and integration. A development gaps approach suggests a variety of problems across countries. But the lack of good-quality infrastructure, is a common theme, frequently linked to the more fundamental problem of low domestic savings. Finally, in a methodology known as Priorities for Productivity and Income, different priorities are found depending on income levels. For the lowest income nations, the focus should be on education and health; for those that are lower-middle income on integration (competitiveness), labor markets and health; and for higher middle-income countries infrastructure, capital markets (domestic savings) and health are the relevant priority sectors.

As in most useful economics, each analysis is a simplification of a complex reality with the simplification driven by certain assumptions. So, it’s of interest to see where each approach agrees. The table to follow illustrates where at least 2 of the 3 methodologies agree by country. Interestingly, infrastructure and financial markets (read domestic savings) are mentioned no less than 15 times each. 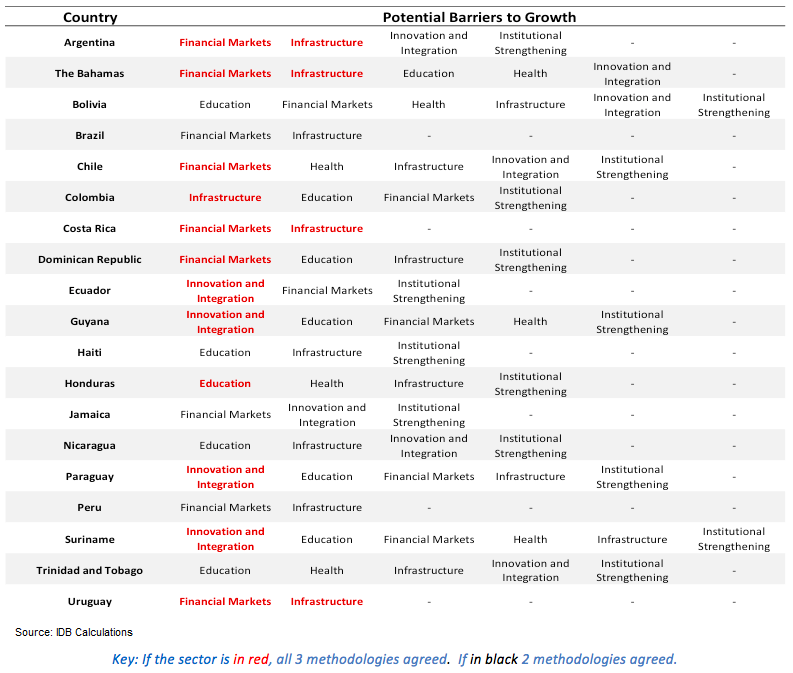 There is no substitute for more detailed country-knowledge. As a complement to the report, a set of country development briefs by IDB country economists will be available on the website on April 5th to coincide with the Washington DC release. Each brief describes the current economic perspectives, most pertinent risks and each country’s medium-term development challenges. In these documents, the common themes of low investment and the low quality of investment, the focus of A Mandate to Grow, come through. At the same time, the specific policy suggestions depend on each country’s starting position and circumstances.

For some countries, better infrastructure may allow the private sector to obtain more out of each dollar of investment. Specific infrastructure needs vary depending on the case. Many countries have been slow to diversify to new and more sophisticated products, but what each can do now or in the near future depends on current resources and capabilities. All countries can improve education and training programs but which interventions may be most appropriate will vary. A more general concern, also illustrated amply in the table above, is to improve governance, enhancing accountability and transparency. Another is the lack of a comprehensive strategy towards greater regional integration – the subject of the 2017 Latin American and Caribbean Macroeconomic Report.

Arguably, given growing fiscal deficits, fiscal policies and reforms have been designed more to boost net revenues than to seek greater private investment and efficiency. And given the prevalence of small and informal firms, larger formal firms (normally the most productive) frequently bear the brunt of corporate and labor taxes. The report discusses how micro distortions from poorly designed tax systems may add up, affecting productivity and growth. It also suggests solutions.

Strong global fundamentals represent an opportunity for policymakers in the region to enact reforms to boost growth. The region faces an unprecedented string of elections and a plethora of independent candidates are emerging. We may see the political landscape change considerably in several countries. A Mandate to Grow suggests how governments may wish to respond to growing demands to boost growth and improve lives.