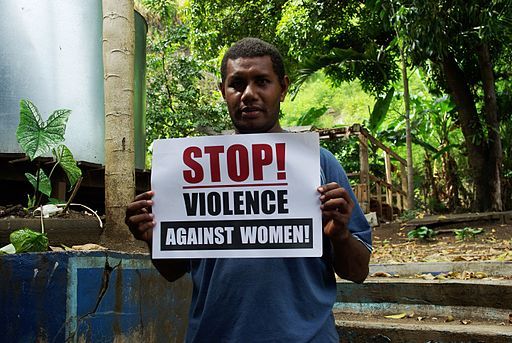 Trinidad and Tobago is a twin-island nation associated with fun, sun, soca and Carnival. But the day after Carnival in February of 2016 brought memories of good times as well as news of the violent murder of a foreign visitor, Asami Nagakiya, a Japanese musician. The case made international news for many reasons.

First, because the institutional response to the murder was inappropriate, blaming Nagakiya´s behavior for her death: “The woman has the responsibility to ensure that [she is] not abused”, opined the now former mayor of Port of Spain.  In addition, a lack of technical capacity was revealed during the investigation when the forensic pathologist deemed the analysis of sexual assault samples “beyond his competence.”

Secondly, the victim was a foreigner in a country that derives a good part of its income from tourism, especially around it´s pre-Lenten Carnival celebration, the largest in the Caribbean region. Ms. Nagakiya´s body was subsequently returned to Japan and there has been no follow-up news on her case.

Despite the “extraordinary” circumstances of Asami Nagakiya´s death, the case raises the question — how common is violence against women (VAW) in Trinidad and Tobago, whether or not it results in death, and what the capacity should be to manage and resolve cases. Unfortunately, there are no data on the prevalence (the number of individuals who have (or have had) a certain characteristic within a certain time period) of femicide or intimate partner violence (IPV) in Trinidad and Tobago (nor in any other English-speaking Caribbean countries, except Jamaica). This is because the country has yet to collect national household data on IPV (The IDB and UN Women are now supporting the design of a national data collection on IPV in Trinidad and Tobago).

Studies across countries in the Latin America and Caribbean region demonstrate reported prevalence rates of physical and/or sexual abuse by intimate partners of 19% for the English-speaking Caribbean (specifically Jamaica); 29% for Central America; and over 40% for Andean countries.  But is it fair to assume that the rate of intimate partner violence in Trinidad and Tobago is similar to that of Jamaica? Are there any particularities of the Trinidad and Tobago case that might influence the experience of violence for adolescent and adult women?

To answer these questions, the IDB, in November of 2015 , collected data on women´s well-being with the participation of 227 women between 15 and 70 years of age living in a low- to middle-income urban area in the East West corridor of the island of Trinidad.   The study found that the prevalence of physical violence (having been slapped, had their arms twisted, struck with a fist or kicked, choked or pushed down by a current or former partner) was 42.3% and the prevalence of psychological violence (having been forbidden from interacting with friends, family or community or threatened with physical violence by a current or former partner) was between 41% and 63% for this population of women. That is to say that almost half of the women in this Trinidad and Tobago sample had, at some point in their lives, experienced physical and/or psychological abuse at the hands of an intimate partner (husband, boyfriend, child´s father) or former partner.

Statistics provide us with information that aids governments and program designers in prioritizing their resources, defining their target populations and evaluating the effectiveness of their programming. This pilot demonstrates the importance of collecting regular data on IPV.  Women in the surveyed community have experienced more than twice the levels of IPV than is being assumed by the available data. The assumption of lower levels of violence may mean less investment in knowledge about the causes and consequences of IPV, fewer improvements in services for prevention and service provision for women and men affected by this type of violence, and oversight regarding the need to create culturally-relevant anti-violence interventions. The data showed that these areas of investment should be a priority for Trinidad and Tobago to ensure that, in the future, all can enjoy its culture under the protection of institutions prepared to manage the unexpected.