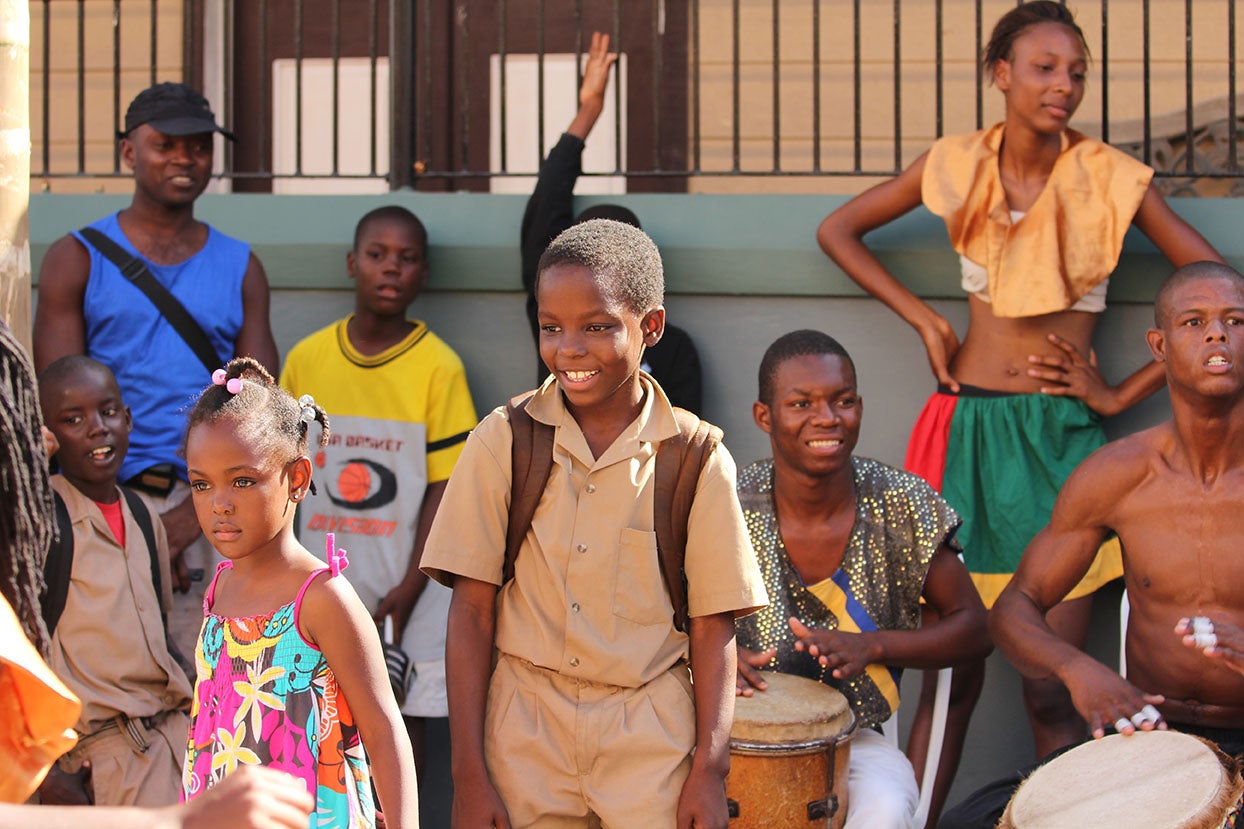 By Julián Cristiá and Steven Ambrus

Ask any parent in the Caribbean what they most want for their kids, and you’re very likely to hear it summed up in one word: education. Parents know that learning can bring their children satisfaction, success and prosperity, and they’ve opened their wallets, spending a higher share of their household budget on schooling than in the United States. Governments in the region have made big efforts too, boosting spending on schooling from around only 2% of GDP in 1990 to 5% of GDP today, a share similar to that in developed countries.

But if the will is there, the results are not. Virtually all primary students in developed countries reach a basic standard in math, meaning they can do basic operations with integers and understand simple concepts of geometry. In countries with similar GDPs to our region, two out of three students achieve that mark. In Latin America and the Caribbean, by contrast, the percentage is a mere 30%. Scores on the Program for International Student Assessment (PISA) for 15-year-old students show similar gaps. In science, the region occupies the bottom third of countries, and some 46% of students in reading and 63% in math are not at the most basic level, according to a study by the IDB.

The problem lies not with the willingness to spend money, but in how that money is spent. Over the last 15 years, governments have tended to put their faith in traditional solutions for improving learning, solutions which make sense on paper, but have not turned out to be cost-effective. Reducing class size and expanding the school day, for example, would seem to be obvious remedies. Children enjoying more direct contact with their teachers, one imagines, would learn more, and so would those exposed to more hours a day of instruction. But those solutions while achieving some improvement, lead respectively to 20% and 60% increases in cost and leave little money left for other efforts that could further bolster student performance.

Meanwhile, other innovative programs achieve similar or better results at a fraction of the outlay. Organizing twice-weekly classes of guided learning in computer labs, for example, fosters learning to a far greater degree that either of those programs at less than a 5% increase in cost. Providing teachers with lesson plans to give greater structure to classroom activity, at a less than 5% cost increase, has superior impact as well. The most surprising result comes from a one-time, two hour course informing children that intelligence can be improved with practice. That program came close to the impact of expanding the school day or reducing class size — at less than one dollar per student.

The lesson is that neither intuition nor theory will save the day for the region’s students. What governments in Latin America and the Caribbean need to do for education is use the scientific method, which has spearheaded progress in so many realms of modern life. That means testing theories and using empirical results to guide decisions. It means analyzing potential policy options, designing pilot projects, evaluating those projects, and scaling them up if they prove cost-effective.To settle for anything less is to risk throwing money away.

To our delight, a new unit within Peru’s Ministry of Education, called MineduLAB, is dedicated precisely to that mission: seeking cost-effective interventions. And here at the IDB, we also are doing our part with our latest flagship publication on skills, launched this week in Washington, D.C., and its accompanying SkillsBank, a new website with more than 280 evaluations of programs from both developed and developing countries stretching back over 40 years.

Parents in the region can watch their children reap the benefits of greater success; nations can enjoy gains in growth, equality and poverty reduction. The trick lies in applying the scientific method to education policy so that investments truly pay off.

Photo by Ozphotoguy, Shutterstock: An unidentified girl and boy outside the port of Falmouth in Jamaica ahead of the national labor day celebrations.

Julián Cristiá, a citizen of Argentina, received a Ph.D. in Economics from the University of Maryland at College Park.He is a research economist in the Research Department of the Inter-American Development Bank.