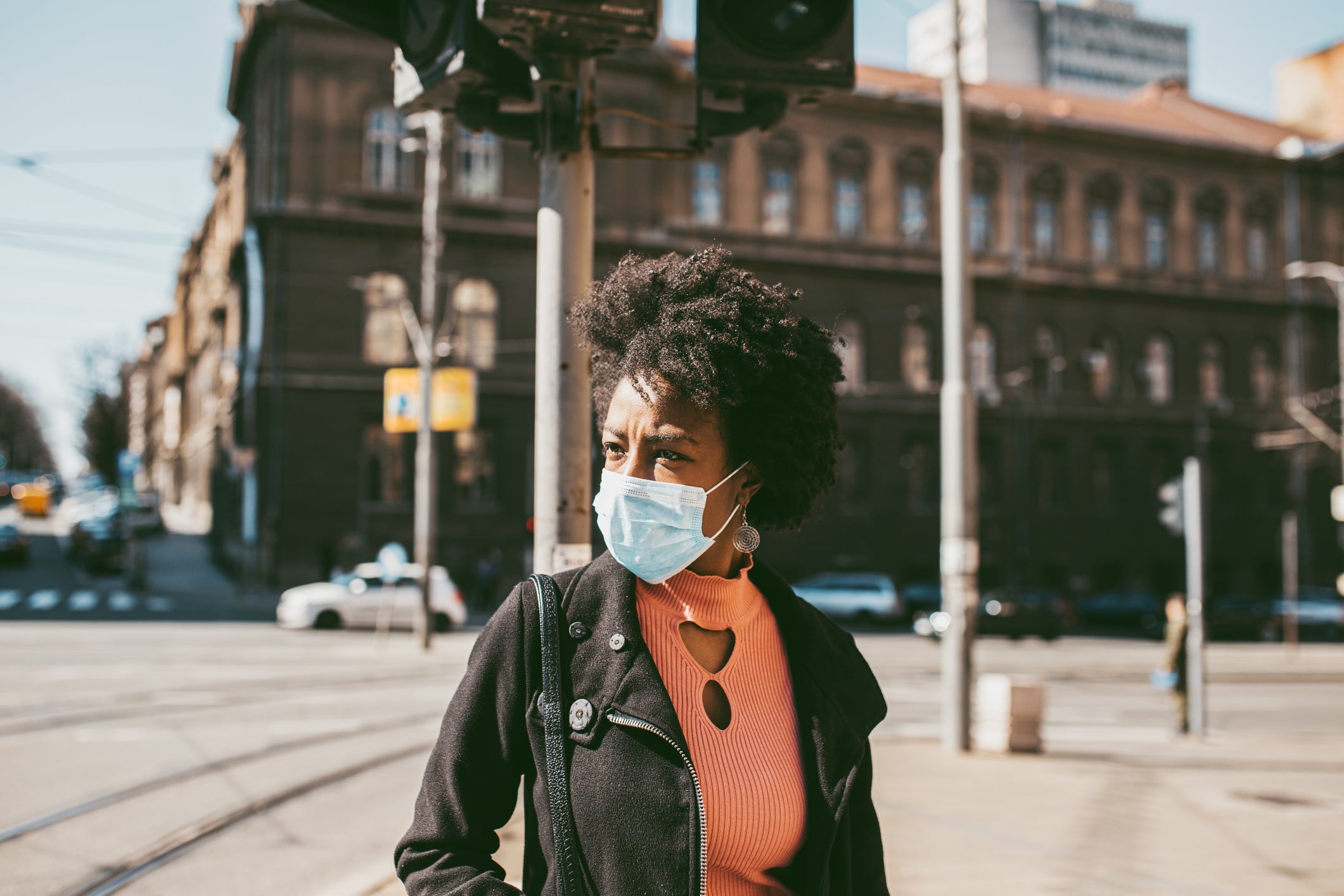 COVID-19’s impact on the world’s labor markets is unprecedented. In the United States, 16.8 million people applied for unemployment  benefits over the period March 19 to April 9, a number never before reported in American history. In  Mexico, 346,878 formal jobs were lost in only 24 days (March 18 to April 6). For  Latin America and the Caribbean as a whole, this health crisis has emerged amidst a weak economic context: after the 2000-2013 boom, informality went from 61% to 55%, with the creation of 36 million formal jobs; but since 2015 this growth has stagnated and informality in the region stands at around 56% of the total employed.

There is no consensus on the magnitude or duration of the pandemic or its full effects on the economy, but there is consensus on the sectors that will be most affected by quarantines and social distancing. This includes the trade sector, restaurants and hotels, as well as the transport sector. Lower aggregate demand will also have substantial effects on manufacturing sectors, as health restrictions have already begun to disrupt global supply chains.

At the IDB,  we created three possible scenarios to measure the potential impact of the pandemic on employment in the region. Estimates of job losses by economic activity were made, taking into account the largest historical declines in countries’ GDP. Additionally, the magnitudes for smaller countries and more open economies were separately analyzed, characteristics that imply greater reductions than those of larger and middle-income countries.

Our initial estimates paint a very difficult picture for Latin America and the Caribbean. Approximately 17 million formal jobs could be lost, and the informality levels could hit 62% in the region, losing all progress made here during the 2000-2013 period. This will depend, however, on how the pandemic evolves and on the mitigation measures taken by governments. The following table shows the results: 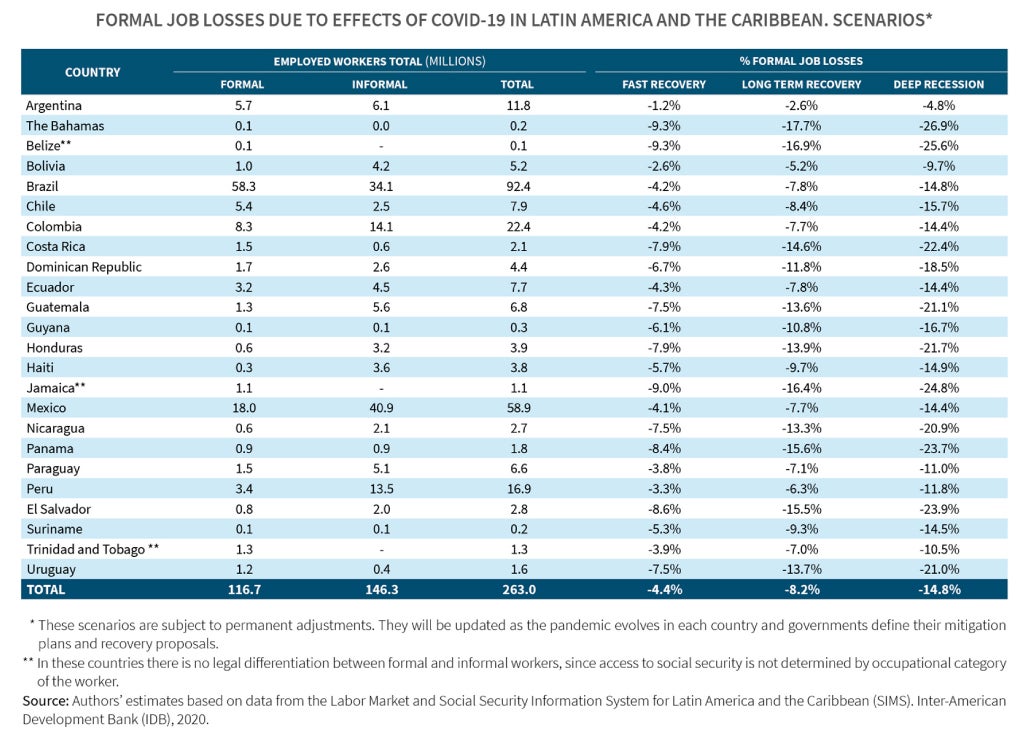 Solutions for overcoming the challenges of the pandemic

Because of its effects on the health of so many and the way it is affecting the world economy, COVID-19 represents the biggest challenge the world has faced in decades. After striving to protect citizens’ physical well-being, care for the sick and slow the spread of the virus, the main challenge for countries will be to rediscover a path to economic growth and labor and social protection. In fact, this pandemic highlights the need to restructure how social security operates in the region, so that access to health becomes universal and does not depend on working conditions.

To mitigate the impact of the virus on employment, at the IDB  we are supporting the design of strategies that best respond to the challenge that the pandemic poses to labor markets in countries, boosting different support mechanisms that can be provided by governments in the region. Coordination of different labor, fiscal, monetary and financial measures will be key to avoid permanent damage to productivity and improve the lives of workers in Latin America and the Caribbean.

To learn more, we invite you to download the publication How will COVID-19 impact employment? Possible scenarios for Latin America and the Caribbean (in Spanish).