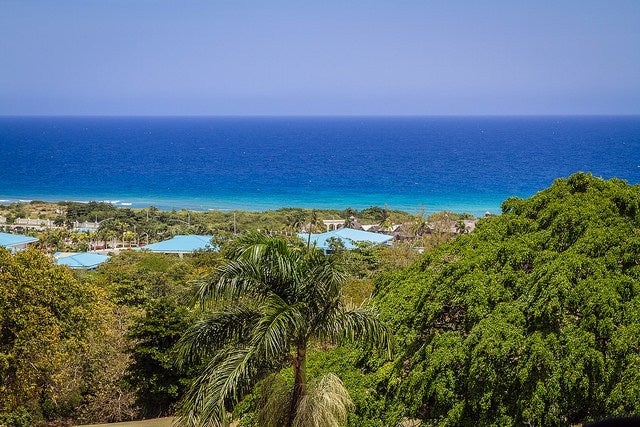 Our new Caribbean Energy Dossiers offer a comprehensive deep dive into the energy landscape of seven Eastern Caribbean countries: Dominica, Saint Vincent and the Grenadines, Grenada, Saint Lucia, Saint Kitts and Nevis, Antigua and Barbuda,Trinidad and Tobago. The Caribbean Energy Dossiers provide an unprecedented level of information about the current energy mix in each country, as well as a forecast that gives readers inside information on projected growth in the energy sector.

The Caribbean Energy Dossiers also offer unique insights on the institutional organization of the energy sector in each country and outline ideas about how current energy policy in the Eastern Caribbean could be improved.

The focus of this post is Saint Vincent and the Grenadines.

Having a clean, affordable, and reliable energy supply presents challenges for small island states, and the multi-island nation of Saint Vincent and the Grenadines is no exception. Home to nearly 110,000 people, it includes the main island of Saint Vincent, seven smaller inhabited islands, and about 30 uninhabited islets.

Imported oil products account for 95% of the country’s total energy supply, the largest consumer of energy being the transportation sector, at 67%. Between 1,300 and 1,600 motor vehicles are imported into the country every year. The total cost of imported oil products has increased significantly over the past two decades. Import costs hovered around EC$20 million during the 1990s and then increased steadily to around EC$50 million by 2005. Between 2005 and 2006, import costs more than doubled to around EC$125 million and have since stayed above EC$120 million.

The Prime Minister’s Office took over the portfolio of the Ministry of Energy in 2006 and has overall control over the energy sector. In 2008, an Energy Unit was created within the Prime Minister’s Office to assist with formulation and implementation of energy policy and to coordinate efforts related to renewable energy and energy efficiency. The Energy Unit was responsible for the drafting of the 2009 National Energy Policy (NEP) and the 2010 Action Plan.

The 2009 National Energy Policy and 2010 Energy Action Plan laid out long-term strategies and specific steps to strengthen the energy supply and reduce dependence on oil imports. For the transportation sector, the government aims to boost fuel conservation and efficiency; improve road conditions and reduce congestion; and encourage the use of fuel-efficient vehicles, including hybrid and electric vehicles.

For the power sector, a central goal is to increase electricity generation from renewable resources. Per capita consumption of electricity is relatively low—just over half the Latin American and Caribbean average—but most of that electricity is diesel-generated.

Saint Vincent Electricity Services Limited (VINLEC) is the sole provider of electricity on Saint Vincent and four of the Grenadines: Bequia, Union Island, Canouan, and Mayreau. Other islands generate electricity for their own use, including the private hotel islands of Palm and Mustique. The various islands’ grids are not interconnected.

The main island of Saint Vincent, which is crisscrossed by rivers, has developed its hydropower capacity. This makes Saint Vincent and the Grenadines, along with Dominica, a notable exception in the Eastern Caribbean. The first hydro plant, at South Rivers, dates back to 1952, and two others have been added since.

Hydropower makes up 3% of the country’s total energy supply and provides only 11% of installed capacity. There may be the potential to increase this—the government estimates that Saint Vincent could add 5-10 MW to its current 5.6 MW of installed hydro capacity—but this resource does have its drawbacks.

Due to seasonally varying rainfall and fluctuating water levels, the generation capacity of the flow-of-the-river hydropower plants varies throughout the year. During the dry season, availability of hydropower can decrease by up to 50% or more. Additionally, as VINLEC continues to add thermal generation to its capacity, the share of hydropower continues to decrease.

Solar power currently accounts for just 1% of installed generation capacity, though there is considerable potential to expand that, along with wind energy and other resources. Meanwhile, the country is beginning to explore its geothermal potential. In 2014, it signed a geothermal agreement with an Icelandic firm, and it expects to have a 10 MW plant in operation by the end of 2017.