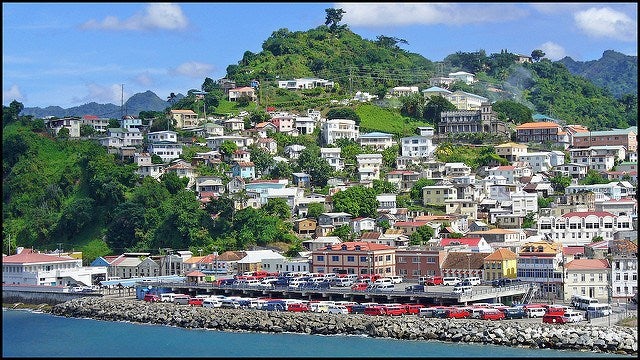 Like most other island nations in the Caribbean, Grenada depends disproportionately on imported oil products to meet its energy needs. Recent small-scale efforts have met with limited success in diversifying energy by tapping into local renewable energy resources. A new publication on Grenada provides detailed information about the country’s energy mix, and we will break down the most important information.

In 2013, imports of diesel fuel and other petroleum products accounted for 93%of the total energy supply, with about 41% of that going toward electricity generation. The country spends around 6% of its GDP on oil imports.

Yet Grenada has the potential to harness renewable resources. In addition to its tropical sun and reliable trade winds, this Eastern Caribbean country has excellent geothermal prospects.

The Grenadian government has a Geothermal Support Partnership Agreement with the government of New Zealand, and as of May 2015, geological and geochemical surveys had been completed and assessed at 12 locations.

A number of renewable projects have been in the works for several years but have faced repeated delays. These include a 2 MW solar photovoltaic plant, a 10-20 MW geothermal plant, and a 2 MW wind farm on Carriacou, one of the three major islands that make up the country.

Grenada’s total installed capacity was 53.3 MW in 2014, with the vast majority of electricity generated by diesel power plants. Consumption of imported hydrocarbon resources has been on the rise over the past 10 to 15 years, although Hurricanes Ivan (2004) and Emily (2005) temporarily interrupted that growth trend and severely damaged the distribution and generation infrastructure.

Grenada has ambitious energy diversification goals—it aims to produce 20% of its electricity from renewables by 2017 and 100% by 2030. This represents a challenge given that in 2015 it generated only 0.6% from renewables, mainly small-scale solar photovoltaic systems. About 10% of consumers benefit from solar water heaters.

The cost of oil imports used for the generation of electricity is substantial and provides incentives to expand renewables. Grenada Electricity Services Limited (GRENLEC), a private-public utility, holds a monopoly on the generation, transmission, distribution, and sale of electricity.

Grenada’s National Energy Policy, adopted in 2011, lays out a plan to transition the national economy to a low-carbon future based on the use of indigenous renewable sources of energy. Key goals include achieving energy independence by reducing reliance on imported energy resources and securing long-term socioeconomic development by making energy available, affordable, and reliable. The policy also aims to promote energy efficiency, energy conservation, clean technologies, sustainable resource exploitation, and rational and effective market conditions. And it places a premium on ensuringthat all sectors have equal and reliable access to energy at affordable prices.

The Grenada Energy Dossier contains detailed information about the country’s past, present, and future energy situation. Dossiers are also available on the following countries: Dominica, Saint Vincent and the Grenadines, Grenada, Saint Lucia,Saint Kitts and Nevis, Antigua and Barbuda, Trinidad and Tobago.