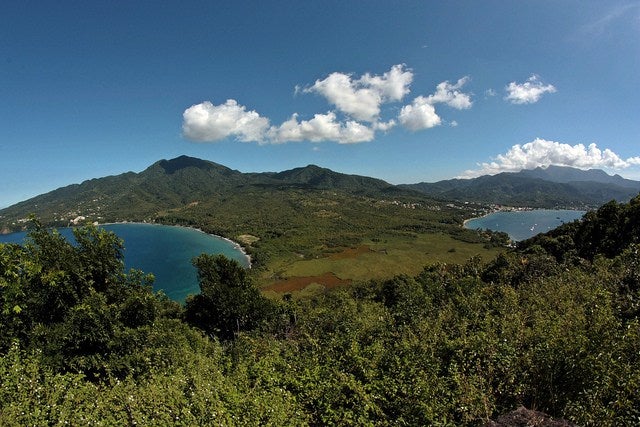 Our new Caribbean Energy Dossiers offer a comprehensive deep dive into the energy landscape of seven Eastern Caribbean countries: Dominica, Saint Vincent and the Grenadines, Grenada, Saint Lucia, Saint Kitts and Nevis, Antigua and Barbuda,Trinidad and Tobago. The Caribbean Energy Dossiers provide an unprecedented level of information about the current energy mix in each country, as well as a forecast that gives readers inside information on projected growth in the energy sector.

The Caribbean Energy Dossiers also offer unique insights on the institutional organization of the energy sector in each country and outline ideas about how current energy policy in the Eastern Caribbean could be improved.

We’re going to focus on Dominica here to provide you an example of the type of information found in the dossiers.

Dominica is part of the Windward Islands of the Eastern Caribbean located north of Martinique and St. Lucia. Dominica’s economy is heavily service oriented and dominated by the tourism and financial sectors. Like other Caribbean Islands, Dominica is heavily reliant on imported fossil fuels, especially for use in transportation.

Although imported oil products make up the largest share of Dominica’s energy mix, the country does not rely exclusively on the energy source, and it has developed a limited amount of its renewable resources. Dominica has no proven fossil fuel resources but possesses substantial renewable energy potential. It is one of only two Eastern Caribbean states that make use of their hydropower potential, and the country’s geothermal resources are the most studied and best understood of the six states. Hydropower in Dominica represents 4% of total energy supply (TES) and accounts for roughly 30% of electricity production. Combustible renewables and waste, used for cooking and heating, also represent 4% of the TES. While the development of renewable resources is positive, it is important to remember that imported oil products represent 92% of the TES. Due to the high reliance on fossil fuels, the transportation sector in Dominica accounts for 52% of energy consumption.

Institutional Organization of the Energy Sector:

There are three ministries responsible for Dominica’s energy sector. The Ministry of Public Utilities, Energy, Ports, and Public Service is responsible for all matters related to the energy sector. Its energy unit coordinates all activities related to the development and expansion of electricity production and distribution and is responsible for the expansion of renewable energy sources. Another ministry, The Ministry of Environment, Natural Resources, Physical Planning, and Fisheries, manages environmental and natural resources and conducts urban and rural planning. It also evaluates the environmental impact of energy projects, especially those related to hydropower and geothermal power, and it must approve the construction of new facilities. Finally, the Ministry of Employment, Trade, Industry, and Diaspora Affairs deals with domestic and external trade policies and is responsible for the policies relating to the import of oil products, which are used in the electricity and transportation sector.

Historical Development of the Energy Sector:

Dominica’s energy history is primarily about the country’s electricity sector. The first distributed electricity became available in the area around Roseau in 1905 when a small generating plant began operation. In 1975, the Dominica Electric Company (DOMLEC), Dominica’s sole utility-scale provider of electricity, was founded as a public utility. A year later, the Electricity Act established the legal framework for DOMLEC’s status as the sole vertically integrated utility on the island. Expansion and upgrading of the grid suffered significantly following hurricane David in 1979, which destroyed almost the entire electricity infrastructure. The government subsequently purchased the electricity infrastructure for US$1.00, and DOMLEC took charge with reconstructing it over the next two decades. In 1996, the government decided to sell its shares back to the Commonwealth Development Corporation. Simultaneously, as part of the deal, it enacted the Electricity Supply Act of 1996, which granted DOMLEC a 25-year exclusive license and banned the self-generation of electricity. However, a decade later, the Electricity Supply Act of 2006 ended DOMLEC’s role as monopoly supplier and established the Independent Regulatory Commission. These changes resulted in improvements in efficiency and reliability.