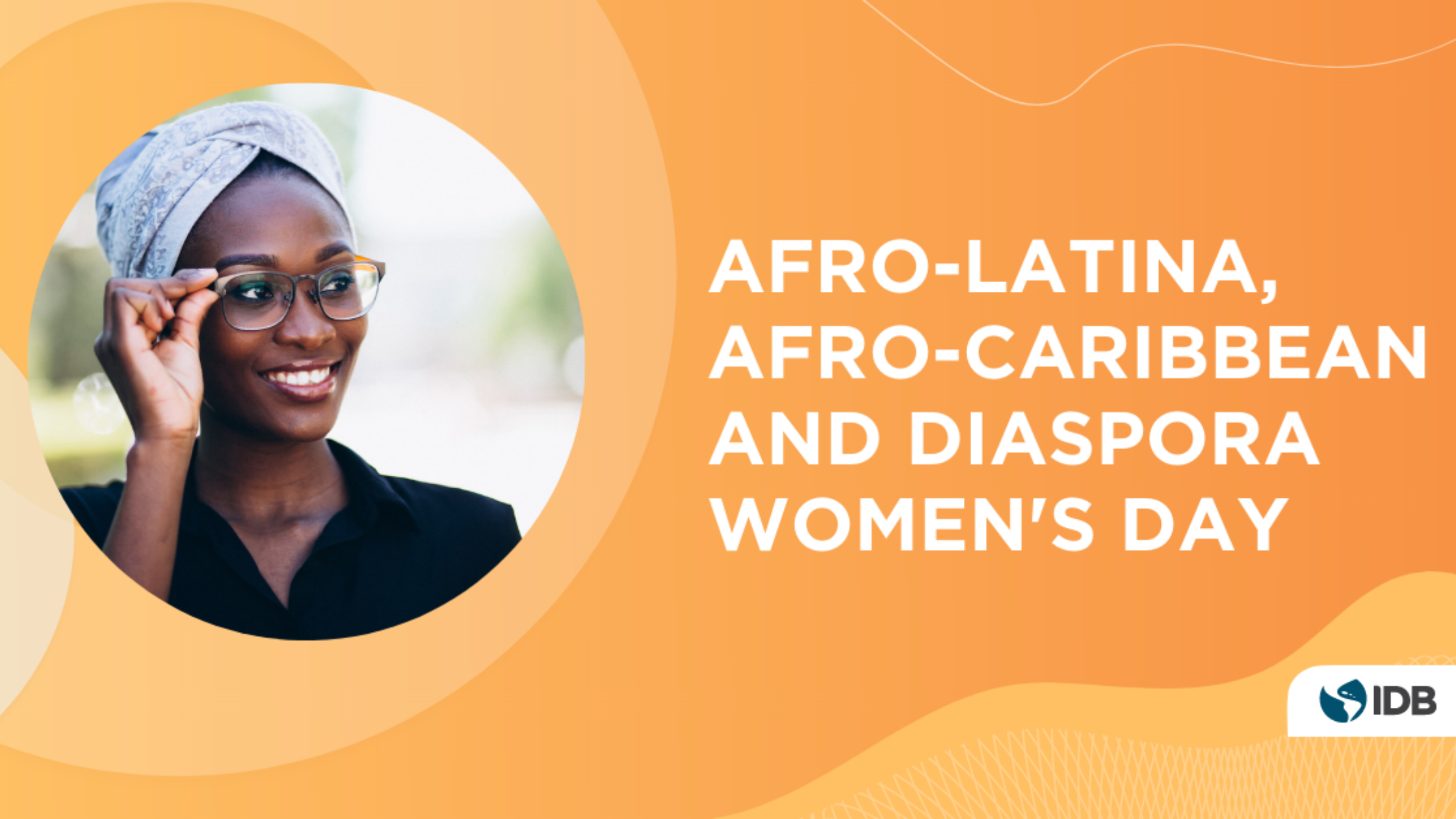 The International Day for Afro-Latina, Afro-Caribbean, and Diaspora Women is celebrated across the hemisphere every July 25th. The day commemorates the first Summit of Afro-Latina and Afro-Caribbean Women. The Summit, which was launched in 1992, was a crucial moment for women of African descent to gain greater visibility and recognition for their contributions to culture and society.

But while women (and specifically afro-descended Caribbean women) in the region, have made significant progress in the quest for equality and inclusion there is still much more work to be done. Twenty-nine years since the first summit we ask the question: have the contributions of women of African descent been fully recognized in Latin America and the Caribbean?

In this blog, we discuss the position of Afro-Caribbean women and explore how many of these women have fared during the COVID-19 crisis. We also consider how the talents of black women in the Caribbean can contribute to economic recovery.

African descendant women have made significant gains in education. In the English-speaking Caribbean, where the majority of women are afro-descended, more women than men have university degrees (60% women and 40% men). However, women still lag behind men in terms of labor force participation. For example, in Trinidad and Tobago (one of the few countries with data disaggregated by race), there are fewer women working in traditional jobs than men. According to data from the Continuous Sample Survey of the Population (CSSP) 2014 in Trinidad and Tobago, the labor force participation is higher for males than females by 8 percentage points for African descendants, and 15 percentage points for the population as a whole.

The COVID-19 crisis also saw many women exit the labor market to take up caregiving responsibilities. Given the professional talent of these women and the crucial economic roles that they play, it is important that they can continue to make contributions in their fields, particularly during the recovery. Providing greater flexibility, through telework, and caregiving support for female and male caregivers will help ensure that the region continues to benefit from the talent of all women, including African descendant women.

Gender inequalities are evident in the earnings gender gaps, which, in Caribbean countries are higher among low-income and less-educated workers. Despite the high level of participation of women in the formal sector, their earnings do not keep pace with men. In Barbados male earnings surpass those of females by between 14% and 27% of average female wages depending on the sector, and in Jamaica, it’s between 8% and 17% of average female wages. In Barbados, women are overrepresented in occupations related to sales work and personal services with about 22% of these workers being women, compared to 8% being men. Sales and personal services is another area where women can deploy their talents to areas with higher earnings potential. Support for achieving gender parity in wages and sectors is core to the Gender Parity Accelerators. There are over 200 in the world, and the IDB has pioneered this effort in our region. Engaging more countries on these accelerators is a way to ensure that women are fairly compensated for their work and their contributions are recognized.

Women of African descendent are entrepreneurial and have demonstrated their drive and interest in self-employment. However, as we see in Jamaica, women are overrepresented in traditionally female fields such as hairdressing, and cosmetology. These skills can be expanded and used in higher-paying fields such as STEM and manufacturing through greater access to credit and training programs.

The glass ceiling for women heads of state was broken in the Caribbean a generation ago, with the first female heads of government elected in the1980s. Since then, female leaders have been elected in many countries including Jamaica, Trinidad and Tobago, and Guyana. However, across the English-speaking IDB-member countries in the Caribbean political participation in the legislative branches has not kept pace. The percentage of women in lower houses of parliament ranges from 9% in Belize to 31% in Trinidad and Tobago, while in the upper houses, the percentage varies from 21% in Belize to 44% in the Bahamas. In Haiti, women hold only 3% of legislative seats in the lower house and no seats in the upper house. Currently, at the executive level, only Barbados is headed by a woman, and, on average, women hold only 18% of ministerial positions in the English-speaking Caribbean IDB-member countries.

In the response to Covid-19, we must ensure that representatives with diverse backgrounds and expertise are at the table where major decisions are made. Particularly in places such as the National Economic Recovery Committees, which identify and recommend financial spending priorities for interventions and development planning. These boards had only 3 women out of 22 members in Trinidad and Tobago: 4 out of 22, in Jamaica, and 6 of 17, in the Bahamas. Inclusion of the talent of women is key, particularly in the Caribbean where we know that Jamaica, for example, has the highest portion of female managers in the world – this managerial expertise will be vital to the COVID-19 recovery.

At the IDB, we believe that without equality, diversity and inclusion, the region cannot truly develop. The promotion of equality and the inclusion of diverse populations is a cornerstone of our Vision 2025 strategy. This belief is built into everything we do, from our operational portfolio to knowledge products and events, we strive to ensure that no one is left behind in our mission to improve lives.