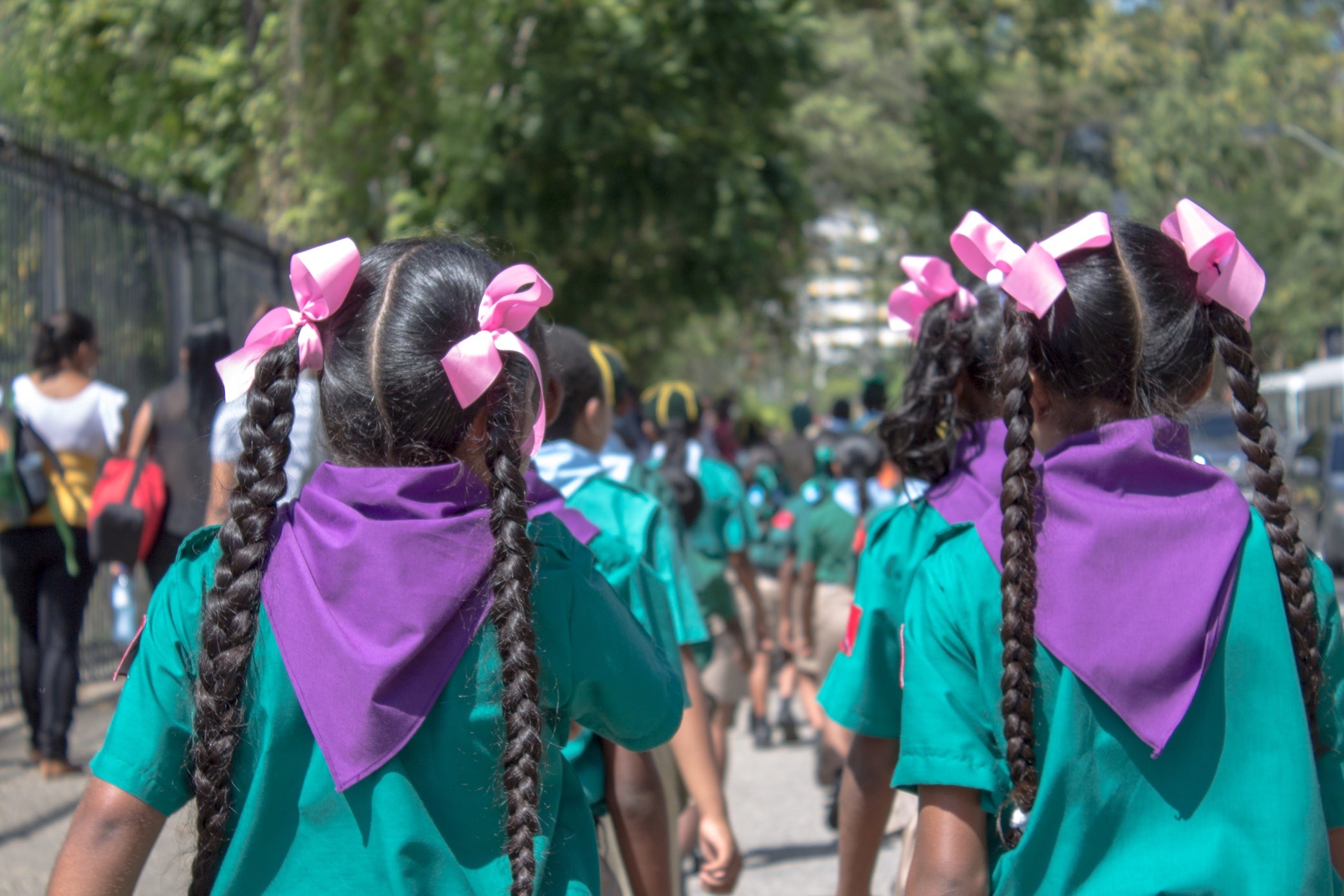 The graphs above show how a select number of countries in the Caribbean have been doing in the World Economic Forum’s (WEF) annual Global Gender Gap Report from its inception in 2006 to 2016. Before we take a look at the heart of the data, three important things to know about the graphs are as follows: 1) There have been a varying number of countries participating over the years, starting with 115 in 2006 and peaking at 145 countries in 2015; 2) the closer the countries are to the horizontal axis in the ranking graph, the better their overall rank; and 3) Jamaica and Trinidad and Tobago are the only two countries where data has been documented every year for the entire period. Overall, Barbados has consistently performed the best on average and has been leading the way since 2012. On the other hand, Suriname has consistently performed the worst but has shown some improvement from 2014 onwards. While the region isn’t quite there just yet, with an average Gender Gap Index score of 0.7188 (1 = equality) in 2016, we are definitely heading in the right direction.

WEF quantifies the magnitude of gender disparities across four key areas: economic participation and opportunity, health and survival, educational attainment and political empowerment. According to the latest report, Barbados remains among the best performing countries in Latin America and the Caribbean (LAC) and the world with regard to progress made on closing the economic participation and opportunity gap. [1] The most recent report indicated that the Bahamas, Barbados and Jamaica have achieved educational parity and that five of the six Caribbean countries (Guyana was not included in the 2016 report) are all near to achieving health parity. Out of the four key areas, the five countries included performed the worst when it came to political empowerment with an average gender gap of 84%. With regard to economic parity, the average gap for these five countries was 26%. It is worth noting that even though the methodology of other gender equality indices may vary, the overall trend for the Americas and the Caribbean from 1980-2014 has shown significant progress in achieving health and educational parity, moderate progress towards economic parity and glacial progress towards political empowerment parity.[2]

Average Gender Gap by Area for the Bahamas, Barbados, Jamaica, Suriname and Trinidad and Tobago

In a recent paper analysing data available for 70,000 publicly listed companies worldwide, when it came to Caribbean companies, it reported that an average of 18% of board members and 29% of executives are women. [3] While this isn’t a perfect representation of “Planet 50-50”, it is worth noting that these figures were much better than the average reported for its neighbours in Latin America and the United States too. Over the last couple of decades, women’s overall labour force participation in LAC has significantly increased, accompanied by increased wages, but, even though women have more years of schooling, men earn 10% more than women on average. [4] In a more recent note on gender equality in LAC, the Economic Commission for Latin America and the Caribbean (ECLAC) actually reported that women can earn up to 25.6% less than men in similar working conditions. [5] As the Caribbean trudges along in narrowing the economic participation and opportunity gap, these remain two sub-areas that need continued attention, in addition to the need to increase women’s political representation.

Source: Individual websites for Governments (as of February 6, 2017)

As of December 1, 2016, the Inter-Parliamentary Union recorded the regional average percentage of women in parliament for the Americas as 27.8%, surpassing the global average of 23%. Recalling that the average political parity gap is 84% for five of the six Caribbean countries identified earlier, what can be said to be some of the root causes? In the United States itself, two researchers embarked on a similar investigation, surveying a random sample of nearly 4,000 high school and college students. Two things that they discovered that may also hold true for the Caribbean are: 1) men’s political interest, discussion, and ambition are piqued starting at a young age, and the same isn’t done for women; 2) while women and men both aspire to effect positive change in the world, women are less likely than men to see political leadership as a means to that end. [6] Turning back towards the Caribbean, as of February 6, 2017, Guyana has the greatest proportion (35%) of women represented in their national legislature, as compared to our grouping of six Caribbean countries. It was found that Jamaica has the lowest proportion (18%) of women represented. Part of Guyana’s success can be attributed to it being the first country in the Anglophone Caribbean to enact a gender quota law in 2000. Quotas may fast-track representation, but a number of other factors are also of influence. [See 7]

“Gender equality is more than a goal in itself. It is a precondition for meeting the challenge of reducing poverty, promoting sustainable development and building good governance.”

Gender equality goes hand-in-hand with creating more vibrant economies in the Caribbean. If in doubt, a survey of recent publications shows how gender equality has been linked to improving economic diversification, poverty alleviation and ensuring better outcomes for future generations. [8] [9] As this blog has pointed out, the Caribbean has much to be proud of with regard to progress made in achieving greater gender equality throughout the region. However, if we are to ever bridge the gap, we need to continue to work collectively to diminish all remaining disparities.