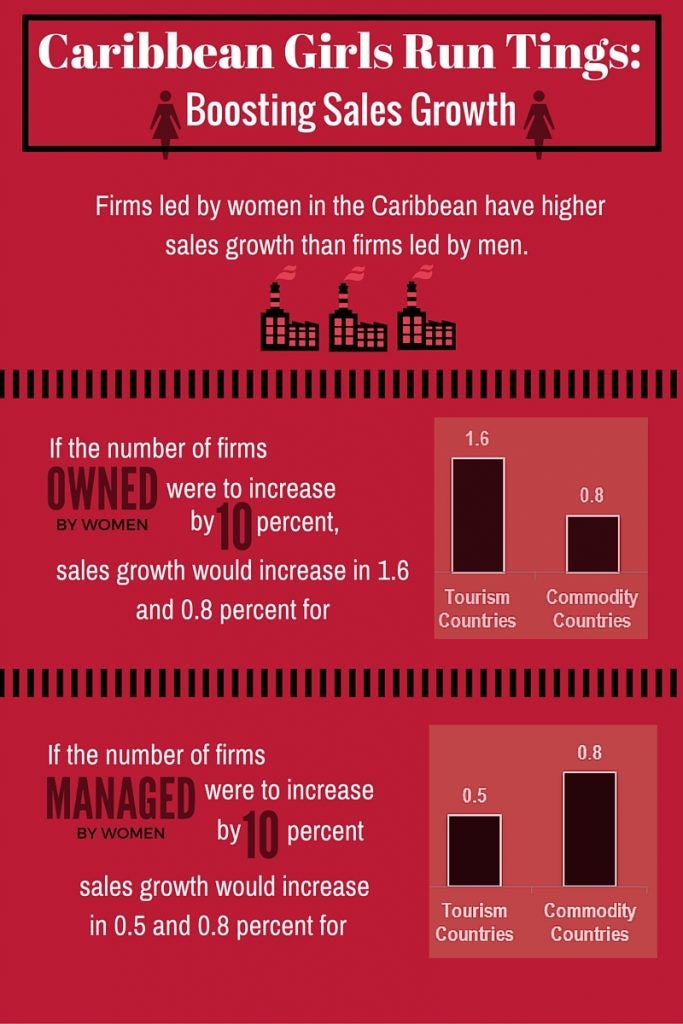 Country-level indicators suggest that gender parity, understood as relative access to education of males and females, is similar to the Caribbean and other small economies. Also, the participation of Caribbean women in management positions in the private sector is close to the average of small economies. Therefore, further analysis is needed to identify how Caribbean businesswomen are different from their peers around the world and how these characteristics contribute to their success in business.

[1] “An Engine of Growth? The Caribbean Private Sector Needs More Than an Oil Change”