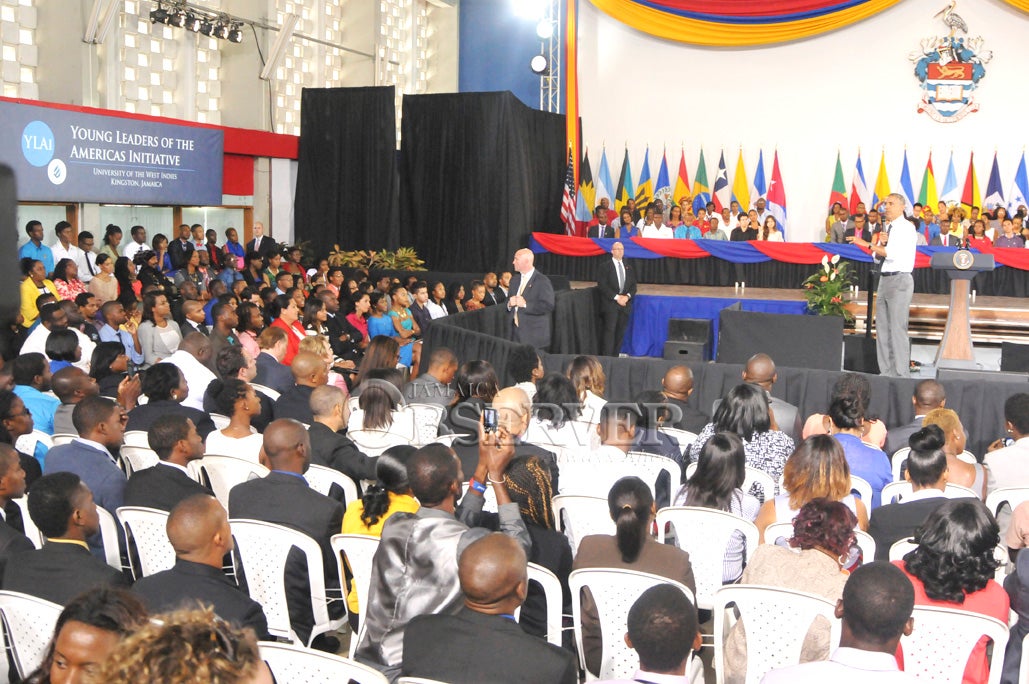 On March 17, 2015, the local media went wild with news that the President of the United States of America, Barack Obama, would be making a courtesy stop in Jamaica the day before attending the 7th Summit of the Americas meeting in Panama scheduled for April 10-11, 2015. Immediately, the country fell into a flurry of activities as excitement consumed the populace.

As the days progressed, we got bits and pieces of his agenda: there was to be a meeting with the Heads of the Caribbean Community & Common Market (CARICOM), wreath laying  at the National Heroes Park and, of most interest to me, a Town Hall to be hosted at the University of the West Indies. My Course Coordinator called to ask if I was interested in attending. She made it clear that all logistics, including whether or not I would be officially invited, would be handled by the US Embassy. She was simply making a recommendation. No details were provided on the purpose of the President’s visit to Jamaica or the nature of this Town Hall. Regardless, everyone wanted to get a chance to meet him. Each of us had our one probing question we wanted to ask or that awesome picture we hoped to add to our profile.

But what did all of this mean to me? While not particularly pleased with the date, since I was in the middle of preparing for an exam set for the morning after the Town Hall, I recalled how excited the whole country was when Obama was elected. In particular, his appointment was a beacon of hope, inspiring youth to challenge the status quo, dream big, and stick to their plans because now we were certain that YES WE CAN achieve great things.

President Obama appeared to me even more impressive in person than he appears on screen. His style is so engaging that he made sure he addressed us in a culturally appropriate manner. His content was on-point and spoke to one of the most pressing issues facing youth today, that of education, training and employment initiatives.  We were pleased to learn that the Town Hall, at the University of the West Indies, Mona Campus, Jamaica was chosen as the location to announce the launch of The Young Leaders of the Americas Initiative (YLIA). This initiative will provide 250 fellowships each year to help participants develop joint business and civil society programs and US$70 million in support to youth in the areas of education, training and employment.

This is an area in which the Inter-American Development Bank (IDB)-Multilateral Investment Fund (MIF) is also making great strides and in which I am passionate. Through the regional New Employment Opportunities (NEO) program, the MIF is championing an initiative aimed at improving workforce quality and the employability of poor and vulnerable youth in Latin America and the Caribbean. It is a pioneering alliance in which businesses, governments, and civil society join forces to provide resources, knowledge, and capacities in order to implement effective and sustainable youth employment solutions. Ten NEO projects are already underway in Latin America and Jamaica is working assiduously to develop the eleventh. The goals of the NEO program are ambitious: to train 1 million poor and vulnerable youth between the ages of 16 and 29 over 10 years with a 50% job placement rate for NEO graduates. The key to the NEO program is the partnership between training providers, civil society and the private sector.

I hope the timing of the YLIA launch and the buzz created by the President’s visit will help in catalyzing the response needed to transform our country and the region.

So can we achieve these targets?