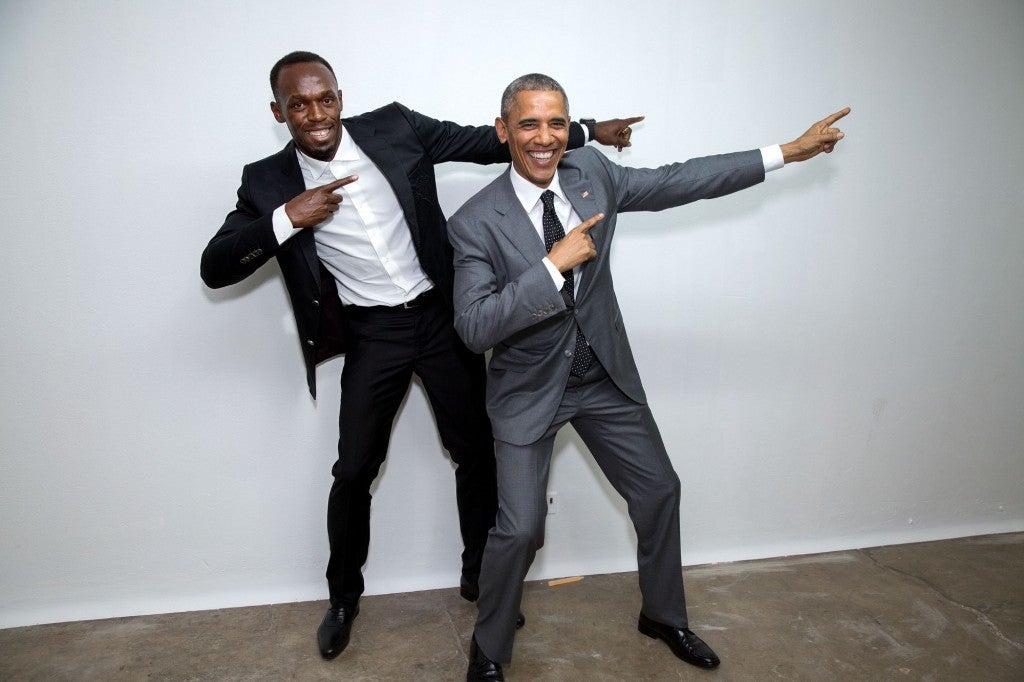 “Wah guan Jamaica!!” President Barack Obama exclaimed as he greeted a select group of youth leaders at the University of the West Indies on April 9th. The first sitting US President to visit Jamaica since 1982 is as usual a master in charming the masses. His address at a youth forum was a part of an official working visit to the island. Nevertheless, contrary to the impression one might gain from the rather colloquial greeting, the second ever visit to Jamaica from an active US president was a serious affair for all countries involved.

Arriving on the island at 7:30pm on April 8th, the US President was greeted by a number of Jamaican dignitaries which included the Governor General His Excellency the most Hon. Sir Patrick Allen and Prime Minister the Most Hon. Portia Simpson Miller. The purpose of the visit was to attend the CARICOM-US Summit on April 9th.

The US president has a meeting with US Embassy staff on the evening of his arrival. He also visited the Bob Marley museum, briefly listening to Reggae music expressing his preference for Bob Marley’s “Exodus” as his favorite.

The following day he engaged in bilateral talks with Portia Simpson Miller and in discussions with CARICOM heads of state. The President stressed that the United States will work with CARICOM governments in order to address high energy costs in the region, having already partnered with the Caribbean in the form of the Caribbean Security Energy Initiative. The President also expressed optimism regarding further progress towards normalizing relations with Cuba, an issue which has long been viewed critically in the eye of Caribbean countries. This occurred during an address to CARICOM heads of state while at the summit.

Following this address the US President gave a speech at a young leader’s town hall meeting where he urged young leaders to continue to make a difference in the region.  Mr. Obama offered more than just encouraging words however; as he announced a US$70 million development program to benefit youth in Latin America and the Caribbean. This program is intended to help young people in marginalized communities. After the delivery of the speech, the US President accepted questions from the young people present. While there were some pertinent questions asked, such as the possibility of debt forgiveness for Jamaica and the US attitude toward China, other questions asked reflect the extent to which Mr. Obama is viewed more as a celebrity figure among many in Jamaica as opposed to being a Head of State. With one young woman asking the president how he manages stress, and a young man asking him to sign a copy of his “Audacity of Hope” book. At the same time, the President also took the opportunity of the presence of Usain Bolt to get a picture with the fastest man on earth.

The President also visited national heroes circle to lay a wreath on the memorial of those individuals who died during World War II.  During this time, a huge crowd from all over the island gathered around heroes circle, attempting to even catch a glimpse of the first African American President of the United States. It is hard to imagine any other US President in history garnering such a reception. Indeed one may scoff at the idea of Jamaicans viewing George W. Bush in such a celebratory fashion. Obama’s policy stance towards the region has differed from his predecessor, particularly with regard to Cuba, but does the difference justify the level of enthusiasm? Some would argue it is more hype than substance.

President Obama left Jamaica for the summit of the Americas in Panama later in the afternoon on April 9th, concluding his working visit to the island.  He has left an lasting positive image on the island, however as the “charm” fades, it must be hoped that the actual substance of the US CARICOM relationship will meet the same level of enthusiasm.