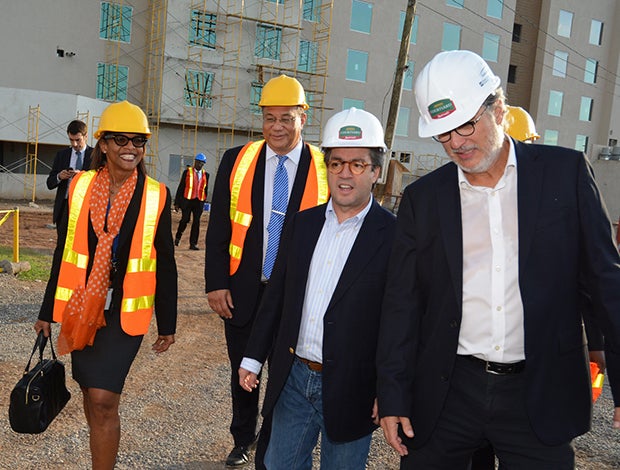 The World Bank Doing Business indicators have long been regarded as a measure of competitiveness across the globe, sometimes controversially as is the Global Competitiveness Index by the World Economic Forum. While some countries ignore the rankings, others make a concerted effort to improve the factors attributable to the indicators. After all, who knows which investor is looking at it to make the next big decision on where to invest?

Jamaica is a leader in the Caribbean on improving its competitiveness, with the support of the IDB. Suriname is following closely behind. The strategy in Jamaica started with a private sector assessment (PSA) in 2006, which sought to identify the underlying factors affecting the business climate and corroborated the poor rankings in the World Bank DB indicators. The PSA elucidated a number of strategic areas for intervention, which were subsequently captured in a policy based lending instrument supported by the Bank.

Areas of reforms included secured transactions reforms, having a functioning credit bureau framework, facilitating electronic transactions and developing a framework for mobile banking. These key targeted areas together served to improve the Access to Credit indicator. This indicator has dramatically improved from 125 to 12! In addition, with improvements in the ease of starting a business and paying taxes, the overall ranking improved from 85 to 58, a 27-place jump. This has put Jamaica ahead of the rest of the Caribbean region and in sixth position within Latin America and the Caribbean (LAC) region overall.

Excerpt from the DB indicators

Five lessons for the wider Caribbean

In the Caribbean, the lessons which can be transposed firstly require recognition of these rankings and their concurrent importance, whether imaginary or not. Not all countries are bothered by the rankings and therefore not all countries make a concerted effort to change and attempt to  improve same, failing to realize that the competitiveness of nations are equally important and necessary for the competitiveness of firms operating within the country.

The second lesson is political will, which comes after the recognition above. If Governments do not make an effort to tackle these issues, which are raised every year by the World Bank and the World Economic Forum, then improvements cannot be made.

Thirdly, mature banking and private sector communities are needed to be the push factor in getting reforms on the political agenda and seeing them through to completion. High level national dialogue in the form of a public private partnership has been instrumental for the Jamaicans. Such national partnership leads to consensus on priority areas and action plans for implementation. The IMF also added impetus to these reforms that the Jamaicans had proposed to implement.

Fourthly, if resource constraints, whether technical or financial, are an issue, then the support of the donor partners, particularly the IDB, is helpful. Armed with the necessary resources, the IDB has been a key partner in the Jamaican reforms from the inception. The Bank, with a presence in each member country, helps tremendously, since there is a better understanding of the challenges, ongoing dialogue with stakeholders and timely support. Together with Compete Caribbean, the IDB was able to leverage grant resources to support a policy based loan instrument which targeted the policy reforms, while the Compete Caribbean resources were used for the implementation of said reforms in Jamaica.

Lastly, reforms in themselves are not an end all, but rather should be an impetus for further improvements which are necessary for growth – that elusive challenge which the world pursues and more so for us in the Caribbean. Moving to the frontier of competitiveness should be a striving goal for all countries within the Caribbean region, which are particularly faced with challenges such as climate change effects and natural disasters that have proven to erode gains made in a flash.