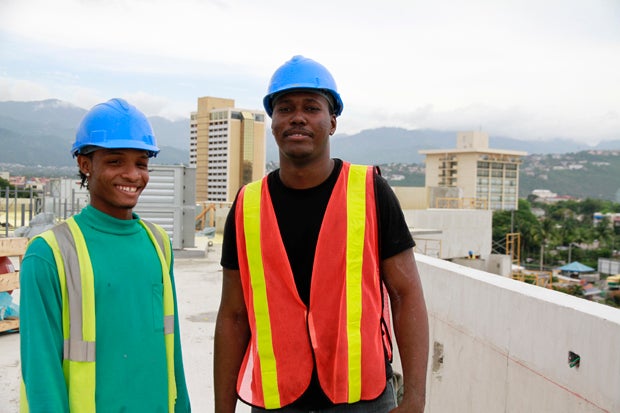 50-what? That was my reaction when the IDB representative told me the news that Jamaica had moved up in the World Bank’s Doing Business indicator from 94 in 2014 to 58 in 2015 (the World Bank changed the methodology, so officially they moved from 85 to 58, not too bad either).

We all know that Jamaica is in the process of doing a series of reforms that will positively impact on the Doing Business indicator. They will come on stream very soon but could not have made the cut for this year’s indicator. So I started wondering whether the Doing Business team has had a generous day during their visit to Jamaica and included some almost finished reforms to give the country ranking such a boost.

Looking at the detailed report, I had an even bigger surprise: the move in the ranking was almost entirely caused by the changes in the ranking for ‘Getting Credit’, which jumped from rank 125 to 12  (Jamaica also improved the ranks for starting a business and getting electricity). Jamaica recently introduced two credit bureaus, which should improve the risk assessment of banks for giving loans and thus reduce lending rates and facilitate access to credit. In addition, the country adapted a new law on secured transaction (Secured Interest in Personal Property –SIPP), which broadens the range of assets that can be used as collateral and established a unified collateral registry.

Both reforms should improve access to finance, which remains an important concern for smaller companies in Jamaica. They also show that structural reforms take time and can benefit from collaboration between Multilaterals and governments. For both areas, the IDB has been working with the government since 2006, including through US$150 million budget support disbursed between 2008 to 2013.

Given the prominence that the Doing Business Indicator has, the news could also help Jamaica attract foreign investors. It shows that Jamaica is serious about growth-enhancing reforms, especially when we consider that important reforms are taking place that will further improve the DB indicator for Jamaica. New insolvency legislation has just been passed, electronic business registration should be possible in early 2015 and streamlining of construction approvals is very high on the agenda of several ministries. All of these address specific areas of the Doing Business Indicator.

As such, I congratulate the Government of Jamaica for this important achievement and look forward for the next surprise in the 2016 Doing Business Indicator.