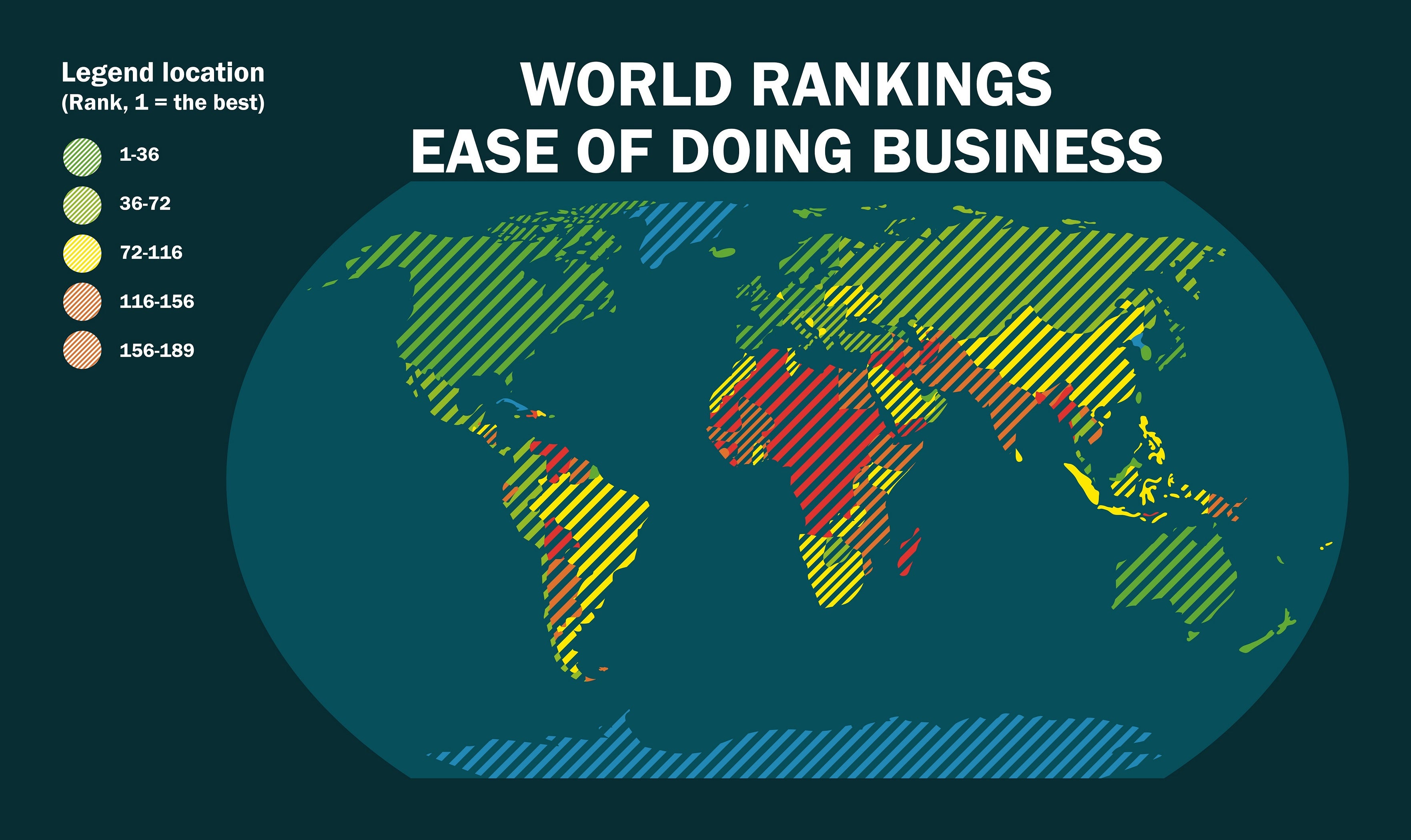 The Doing Business project was created to compare the business environment of the economies around the world. By quantifying the ease of the business regulation, the rankings encourage policymakers to review and improve their country regulations and norms. The yearly results are also widely used by academics interested in the relationship between business regulation and outcomes such as economic growth, foreign direct investment or even poverty.

So how has the Caribbean been doing? Most of the Caribbean countries have shown a positive but small improvement in their overall Distance to Frontier (DTF) score (Table 1). The DTF score benchmarks economies with respect to regulatory best practice (DTF=100). The ranking orders economies based on the score. Jamaica and Suriname had a higher score in 2019 than in 2010. However, in terms of ranking, only Jamaica ranks higher in 2019 than in 2010. Jamaica and Trinidad and Tobago are also the only countries that positioned above the Latin American and the Caribbean average ranking (112th) in 2019. The Bahamas, Barbados, Guyana, and Trinidad and Tobago show a significant drop in their DTF scores between 2014 and 2016, which coincides with changes in the methodology between the two reports. When the methodology for compiling the DB was refined, the scores of Caribbean countries worsened.

The Caribbean countries face a challenge if they want to catch up on the DB Indicators, as they have been displaced from their ranking by other countries that have been pursuing reforms more aggressively. As the Doing Business ranking are highly visible and potentially contribute to the decision on investments location, authorities feel inclined to reform their business regulations in line with the DB methodology. While several countries have started to use the DB ranking as a policy goal itself, reforms should focus on areas that are constraining investment, development and job creation and not the DB ranking. (See a similar argument in a recent policy brief with respect to starting a business in the Caribbean. Read it here.)