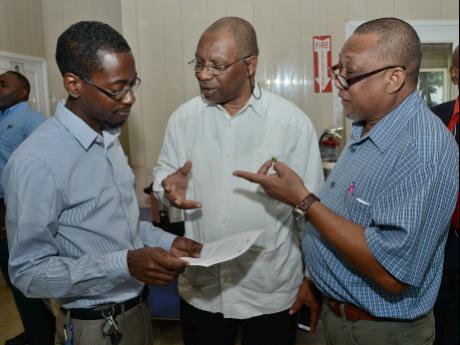 The international political response to climate change began more than 20 years ago at the Rio de Janeiro Earth Summit, where the “Rio Convention” included the adoption of the UN Framework on Climate Change (UNFCCC). This convention set out the framework for action aimed at stabilizing the atmospheric concentration of greenhouse gases (GHGs) to avoid dangerous global warming.

The Conference of Parties (COP) is an event that takes place every year to review the Convention’s implementation and promote the climate change agenda globally, as well as seek long-term solutions to take us all to a low-carbon and climate resilient future.

This year, the COP21, also known as the 2015 Paris Climate Conference, will, for the first time in 20 years of UN negotiations, aim to achieve a legally binding and universal agreement on climate, with the aim of keeping global warming below 2° Celsius.

Delegations from the five recognized UN regions will attend the meeting that is Africa, Asia, Latin America and the Caribbean, Central and East Europe. The event will be held in Paris, France from November 30 to December 11, 2015 and it will gather over 25,000 official delegates from all over the globe from governments (country negotiators), multilateral organizations, climate funds, UN agencies, NGOs and civil society.

For Jamaica the aspects to negotiate are very clear: 2° Celsius global temperature is simply “too hot” to ensure not only the island’s survival but the rest of the Caribbean’s. A more ambitious target of 1.5° Celsius is safer and it will be defended. This is the official position of the Alliance of Small Island States (AOSIS), which represents 44 countries.  A shift of a single degree might be barely perceptible to human skin, but it’s not human skin we’re talking about. It’s the planet; and an average increase of one degree across its entire surface means huge changes in climatic extremes.

Another specific matter to negotiate is addressing loss and damage from human–induced climate change and it must be included as a central element of the 2015 agreement. Anchoring an international mechanism in the new agreement will ensure a permanent space to continue efforts to address the potential implications of irreversible and permanent damage and it must involve immediate financial, technical and capacity building. The challenge would be to fill the current gaps in financing and shortage of funding for on-the-ground adaptation and barriers to accessing resources for vulnerable countries such as Small Island Developing States (SIDS).

The road to COP21 is a long one. Getting an agreement from 196 countries is not going to be easy. Unlike traditional diplomatic conferences, a COP summit results in collective legal acts that establish rights and obligations between the negotiating parties, and an organized and sustainable system of cooperation between them.

The world is on a turning point now. The decisive hour for that decision to be made is only one week away. COP21 Paris Climate Talks could literally save the world. Question is, is the decision going to be enough to help small island states stay alive?