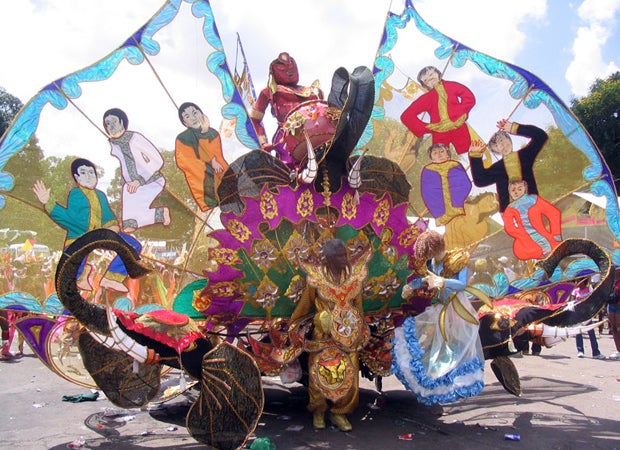 After a couple years of marriage, it seems that the first two questions out of everyone’s mouth is some variation of “so… when are you going to start a family?” and “do you think you’ll settle down in Washington DC?”

After carefully delivering non-committal responses, my mind almost always drifts (perhaps to escape further questioning) to two major thoughts: (a) if I were to stay in the US, my kid(s) would be American – a concept still curiously foreign to me after 14 years in the US; and for that purpose, (b) what could I learn of my own culture from my first-generation Guyanese-American wife, who apart from her accent, hasn’t skipped a Caribbean beat?

So I took the opportunity this weekend to pick her brain.

Among other great take-aways, what stood out to me was her focus on creative expression. The varieties of Caribbean dance, story-telling, music, colors, customs, fashion, costumes, poetry, tongue-in-cheek sense of humor, energy etc. that are all integral components of her self-identification. It’s not that this depiction necessarily surprised me, so much as the full realization of the depth, breadth and potency of Caribbean creative and cultural expression.

For all the well-documented market failures in the Caribbean due to lack of economies of scale, exhaustible resources etc., could a comprehensive approach to developing the export-oriented Caribbean creative and cultural industries be a critical ingredient for economic growth? Has the answer been right under our noses all along?

The answer is… nobody knows…nor does anyone presently have the ability to adequately measure the economic impact of these industries for two main reasons:

(ii)                given their cross-cutting nature, they are not easily measured in national statistical systems.

Currently, impact analyses are done via proxy and estimation techniques. We know both first-hand and anecdotally that Caribbean countries host various successful creative and cultural events each year, but without specific information, little can be done in the way of evidence-based policy-making to facilitate growth in these areas.

We wouldn’t have to look too far in order to find examples to similar problems though. Lessons learned in removing the blind spots in the tourism sector are easily available.

Let us know your thoughts.