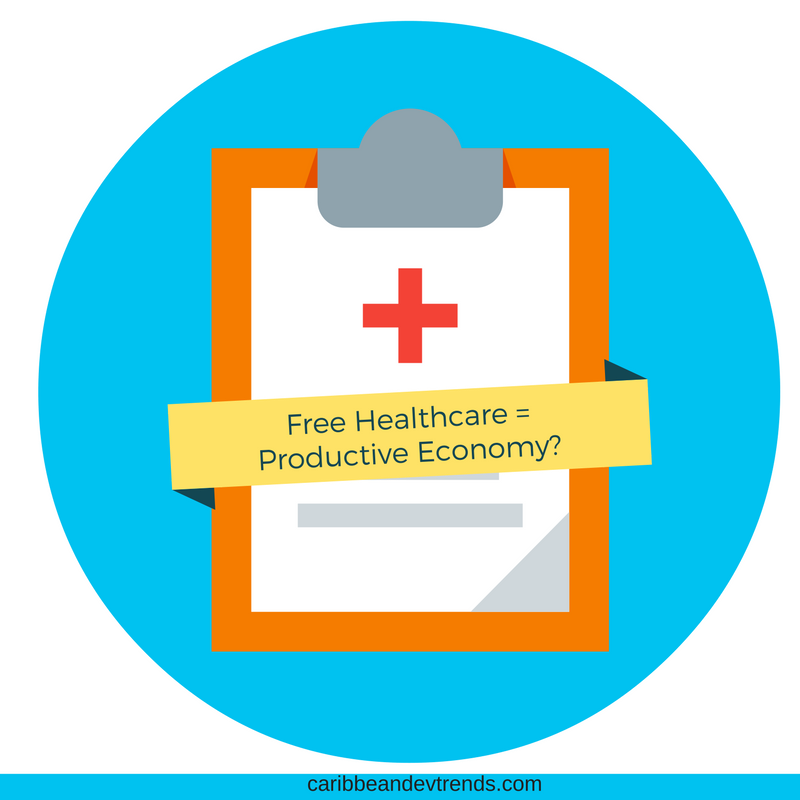 Recent international discussion and consensuses have emerged suggesting that universal public health insurance is a policy with potential to foster health and economic benefits. This has triggered calls for its implementation especially in countries where widespread health coverage is unlikely to be achieved through the private sector alone. For instance, the Lancet Commission on Investing in Health (2013), the World Health Organization Annual Report (2013), and the World Innovation Summit for Health (2015) conclude that universal health coverage is an efficient way to achieve large population health gains, in addition to offering financial protection for families and achieving overall economic growth. However, robust empirical evidence on these claims is scarce and, therefore, evidence based policy making in this area is largely limited. As such, the research team at the IDB’s Caribbean Country Department has undertaken a rigorous impact evaluation of the Jamaican experience with the objective of quantifying the effectiveness of the no-user-fee policy and, therefore, contributing with fresh evidence for future policy decisions. The complete study can be downloaded here.

In synthesis, the study examines whether Jamaica’s free public healthcare policy affected health status and labor supply of adult individuals. It compares outcomes of adults without health insurance versus their insured counterparts, before and after policy implementation. The study finds that the policy reduced both the likelihood of suffering illnesses with associated lost work days and the number of lost days due to illnesses by 28.6 percent and 34 percent, respectively. Consistent with the absence of “employment lock,” no effects are found on employment at the extensive margin. However, consistent with a reduced number of days lost due to illnesses, there is a positive effect of 2.15 additional weekly labor hours. This is primarily a labor supply effect as the study shows that both reported and imputed hourly wages decreased by 0.15 and 0.06 log-points respectively. Back-of-the-envelope calculations suggest that the policy added a yearly average of US$PPP 26.6 million worth of net real production to the economy during the period 2008–12.

Diether W. Beuermann is a Lead Economist in the Caribbean Country Department of the Inter-American Development Bank. He has led research and data collection projects in various countries, including Barbados, Colombia, Guyana, Jamaica, Peru, Russia, Suriname, The Bahamas, Democratic Republic of Congo, Trinidad and Tobago, and the United States. His research has covered the effects of different information and communication technologies on agricultural profitability, child labor, academic performance, pre-natal care, and neo-natal health. He has also conducted research on the effectiveness of participatory budgeting, the short- and long-run effects of educational quality, the multidimensional nature of school causal effects, the determinants of school choice, the effectiveness of math-focused parenting programs, the role of remittances as a social insurance mechanism, the effects of early-life weather shocks on short- and long-term human capital accumulation, the effects of public health insurance on health outcomes and labor supply, the effects of behavioral-based entrepreneurship training on firm profitability, the effects of blue-collar crime on financial access and credit prices of affected firms, and whether and how conditional cash transfers may affect the effectiveness of other human capital development policies. He has published in several leading international peer-reviewed journals, including the Review of Economic Studies, American Economic Journal: Applied Economics, Journal of Human Resources, Journal of Health Economics, Journal of Development Economics, and World Development. He holds a B.A. in Business Management and a B.Sc. in Economics from the Universidad de Lima, a M.Sc. in Finance from the University of Durham, and a M.A. and Ph.D. in Economics from the University of Maryland-College Park.