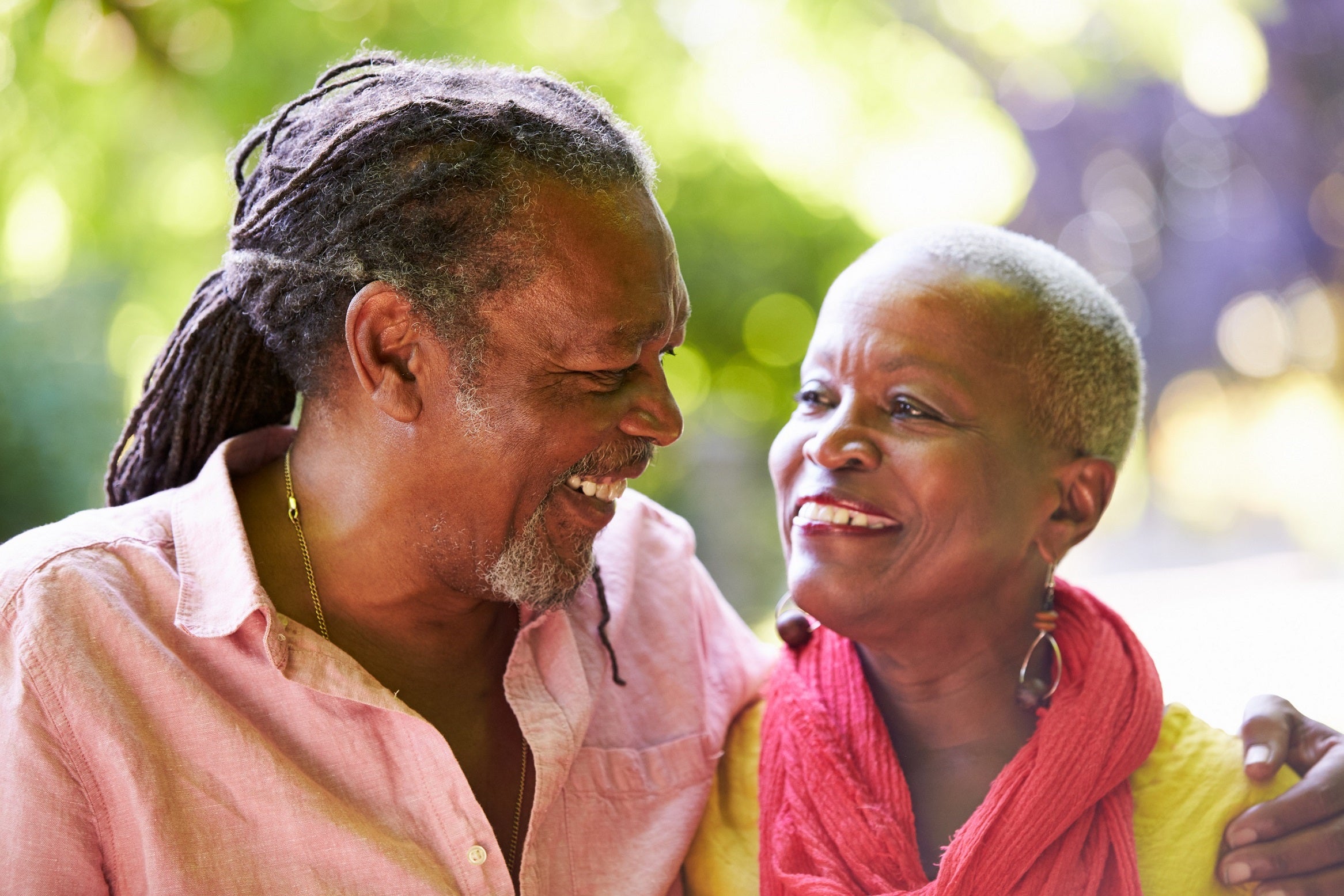 The Caribbean continues to be be generally perceived as a region of predominantly young people, but, just like in the rest of the Americas, it is rapidly aging. Due to demographic changes, adults aged 65 and over will comprise one fifth of the Caribbean region’s population by the year 2050. This transition will take place in a very short period, as shown in the following graph. For example, Bahamas will double the proportion of its population 65 or older in only 25 years, while it took the United Kingdom 75 years to undergo this same demographic transition. 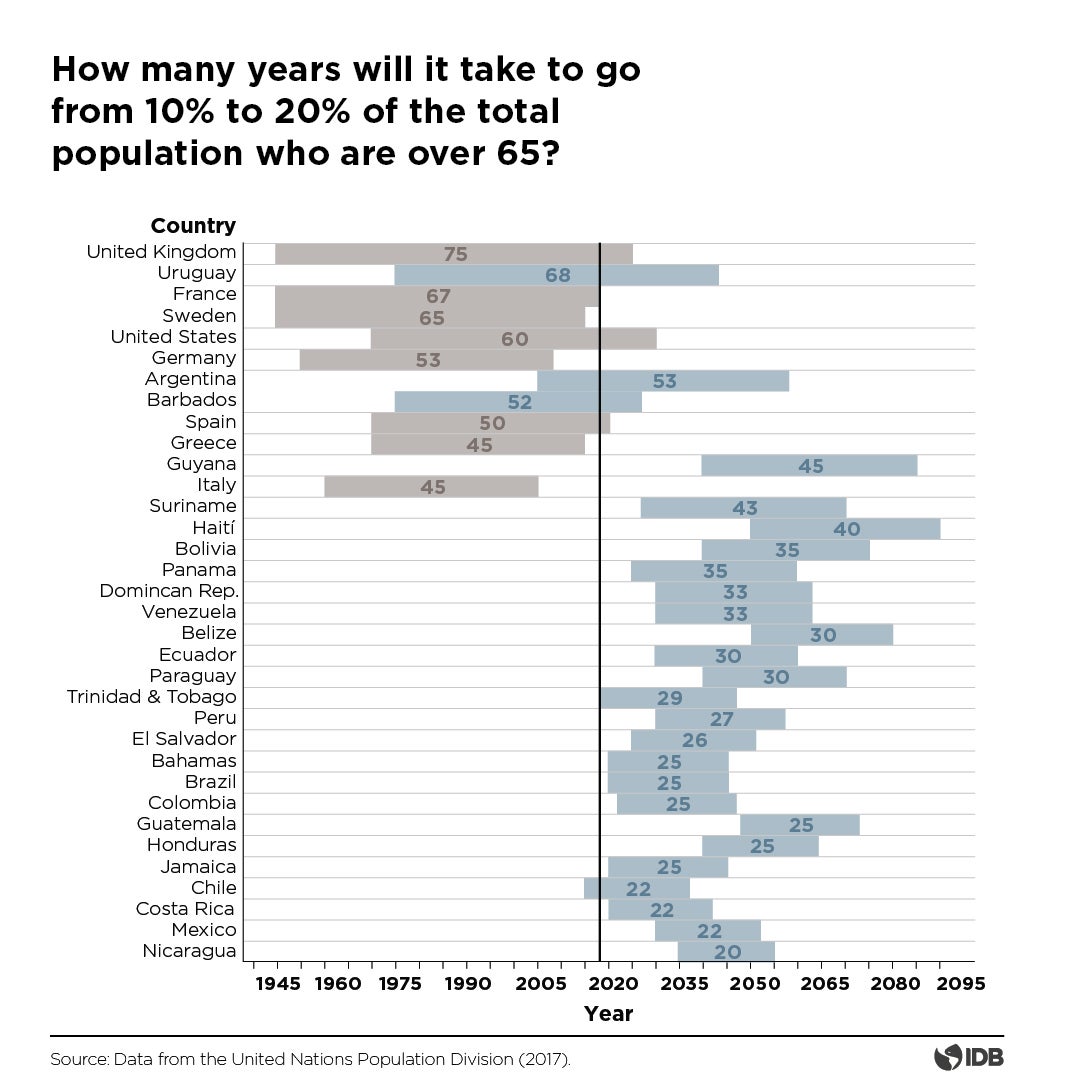 Caribbean pension systems will be under extreme pressure in the coming years. They were created during the 1960s when countries in this region were gaining their independence. In most cases, the systems were based on those that the countries were already familiar with – primarily the British or Dutch systems. Over the course of the past 60 years, as these countries have developed, and weathered the ups and downs of a globalized economy, pension systems have also had to adjust, and will have to adjust even further in the face of an uncertain and possibly under-funded future. Otherwise, the risk of a growing Caribbean elderly population living below the poverty line in the future will substantially increase. Fortunately, there is still time to take upcoming challenges into account in public policymaking and planning.

Adjustments in social security policy would follow labor market changes, which include new technologies, the collaborative economy, and automation. To face these challenges, Caribbean countries must evaluate their pension systems, identifying and putting into practice modifications that are needed to improve their performance and ensure their future viability. Jamaica, for example, has already begun to take steps to reform its public pension system, considering changing demographics and national fiscal realities. In 2016, Jamaica’s Parliament passed a series of measures to increase the contribution rate and increase the nation’s retirement age, in addition to modifying the formula to determine benefits. These types of parametric reforms are important to consider for any pension system with sustainability challenges, but there is no one-size-fits-all model for these types of important discussions and debates.

We at the IDB had the opportunity to discuss these issues in our recent Caribbean Pensions Dialogue, where representatives from six countries (Bahamas, Barbados, Guyana, Jamaica, Suriname, and Trinidad and Tobago) gathered to discuss trends and technologies to support sustainable pension solutions. The conversation was rich and varied, particularly around improvements in technology that can provide support for data-driven decision making, as well as ways to engage stakeholders more directly in pension systems, such as by supporting methods to promote voluntary retirement savings. All participants at the Caribbean regional dialogue were invited to join the Pensions Network (Red PLAC) hosted by the IDB for the countries of the region.

Our regional dialogue was designed to keep a permanent conversation and peer-to-peer exchange of pension regulators and supervisors. Learning from each other, in both convergent and divergent ways, supports critical consideration of these fundamental public policy issues. It is important to understand what works, but also what potential challenges and complications might be, and what peers have experienced in their own national contexts. We hope this conversation continues in a way that supports all pension systems in the region to create and maintain sustainable solutions for their growing elderly populations.