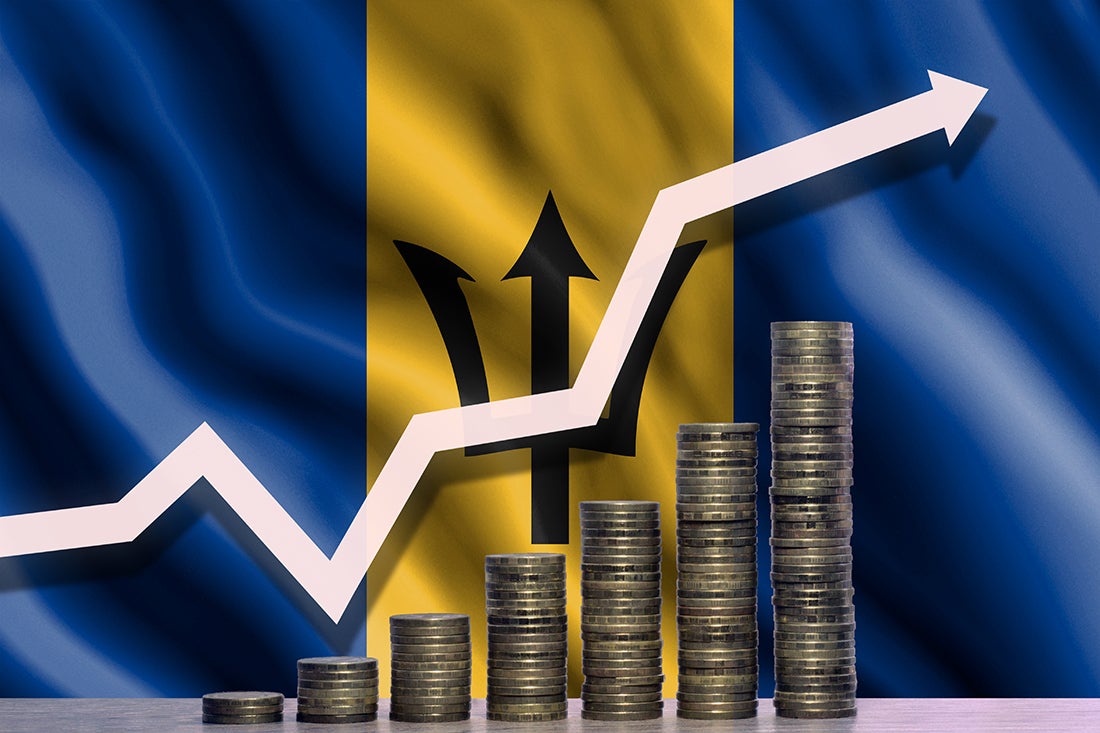 The May 24, 2018 General Elections in Barbados were historic in many respects.

For the first time, the Parliament of Barbados was allowed to automatically dissolve on March 6, 2018, without the setting of a date for elections. It was the first time in the history of Barbados that a political party won all of the parliamentary seats in the House of Assembly. This emphatic victory also meant that the leader of the Barbados Labour Party (BLP), the Hon. Mia Amor Mottley, became the first woman to serve as Prime Minister of Barbados.

Notwithstanding its overwhelming electoral success, there has been no honeymoon period for the new BLP administration as it faces a challenging macroeconomic climate. The country is experiencing low economic growth, declining international reserves, high fiscal deficits, and elevated public debt levels, particularly after the 2008 economic crisis (see Figure 1). In fact, debt levels, which are the highest in the region, have reached around 133 percent of GDP at the end of 2017 (see Figure 2), making it the fifth highest debt-to-GDPratio in the world behindJapan, Greece, Lebanon and Yemen.

More recent estimates indicate that the debt-to-GDP ratio stood at 155 percent of GDP (with contingent liabilities and arrears) at the end of June 2018. At the same time, international reserves have steadily declined, reaching worrying levels of US$221.6 million (7.2 weeks of imports), at the end of June 2018, which is below the recommended minimum reserve requirement of 12 weeks of imports (Figure 3). In addition, Barbados experienced diminishing access to international capital markets, having received more than 20 sovereign credit rating downgrades over the last ten years.

Due to these economic challenges, the new Government announced its intention to seek support from the International Monetary Fund (IMF). Moreover, Barbadian authorities have suspended payments due on debts owed to external commercial creditors, and requested domestic creditors to roll over principal maturities, as they seek to negotiate a restructuring agreement as well as pursue additional fiscal measures. The last time that Barbados went to the IMF was in the early 1990s when the nation secured a Stand-By Arrangement.

The Inter-American Development Bank (IDB) has a positive track record of working closely with governments and supporting countries in Latin America and the Caribbean, particularly during difficult economic times. For example, prior to Jamaica’s economic reform programwith the IMF, the country faced one of the highest debt levels – reaching over 140 percent of GDP by the end of 2009 – low growth and serious social challenges. As part of a comprehensive support package with the IMF, the IDB supported Jamaica’s efforts to design and implement reforms aimed to achieve fiscal sustainability, improve competitiveness and promote higher economic growth. Recent economic indicators suggest that Jamaica has made commendable progress, with debt at the end of 2017 estimated at 104 percent of GDP, a primary surplus of around 7 percent of GDP, and declining unemployment levels.

The new Government in Barbados has an unprecedented majority in Parliament. However, it faces a challenging mandate going forward. The IDB stands ready to provide support and international expertise, drawing from prior experience within the region, as a means of restoring Barbados economy towards sustainable growth.