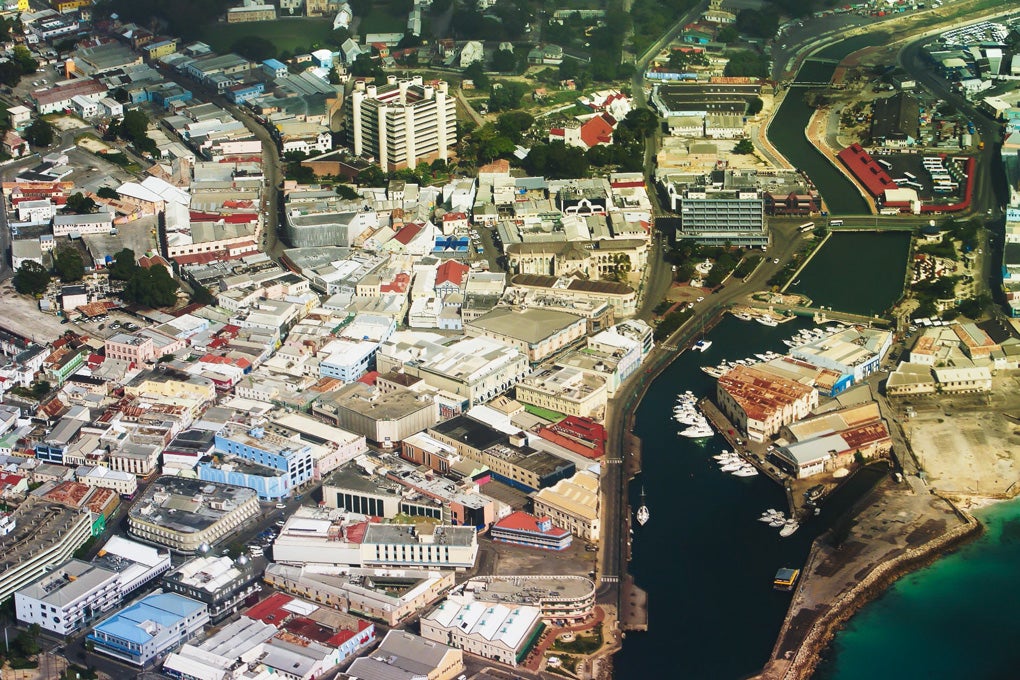 By Allan Wright (IDB) and Francisco A. Ramírez (Central Bank of the Dominican Republic)

The buildup of fiscal deficits and its subsequent escalation of national debt burdens during the last decade is one of the main characteristics of Central American and Caribbean economies.

A close analysis of the fiscal position of these developing economies shows that during the decade, there has been an important increase in the nominal gross public debt stock among some of these economies, and in some cases, a doubling.

Figure 1. Public debt as a percent of GDP in Central America and the Caribbean

With the increasing debt levels and, in most cases, low growth and weak macroeconomic fundamentals, developing regional economies are becoming more concerned about their ability to adequately service sovereign debt from lower fiscal surpluses and are faced with increasing possibilities of sovereign default risk.

What is the highest level of indebtedness that these economies can reach without compromising their fiscal limit?

The question is an important starting point for these economies, specifically to understand how much debt they can accumulate given regional macroeconomic uncertainty and fiscal policies, and also in understanding at what point sovereign default risk increases when existing debt exceeds the fiscal limit.

This article uses an approach proposed by Bi et al (2010), to analyze the fiscal limits of these economies. This approach considers fiscal limits as dependent on economic conditions, becoming a useful tool for policy makers in discussing fiscal spaces in specific macroeconomic conjunctures.

From our analysis, we have observed that the highest amount of debt that these economies could reasonable service, taking into context their macroeconomic fundamentals, vary significantly across economies and is influenced by macroeconomic shocks.

We document evidence on the importance of term of trade shocks on debt limits determination. This shows that trade volatility in these small, open developing economies significantly impacted their ability to service sovereign debt.

To learn more, download the publication: What are the Fiscal Limits for the Developing Economies of Central America and the Caribbean? https://publications.iadb.org/handle/11319/8269.