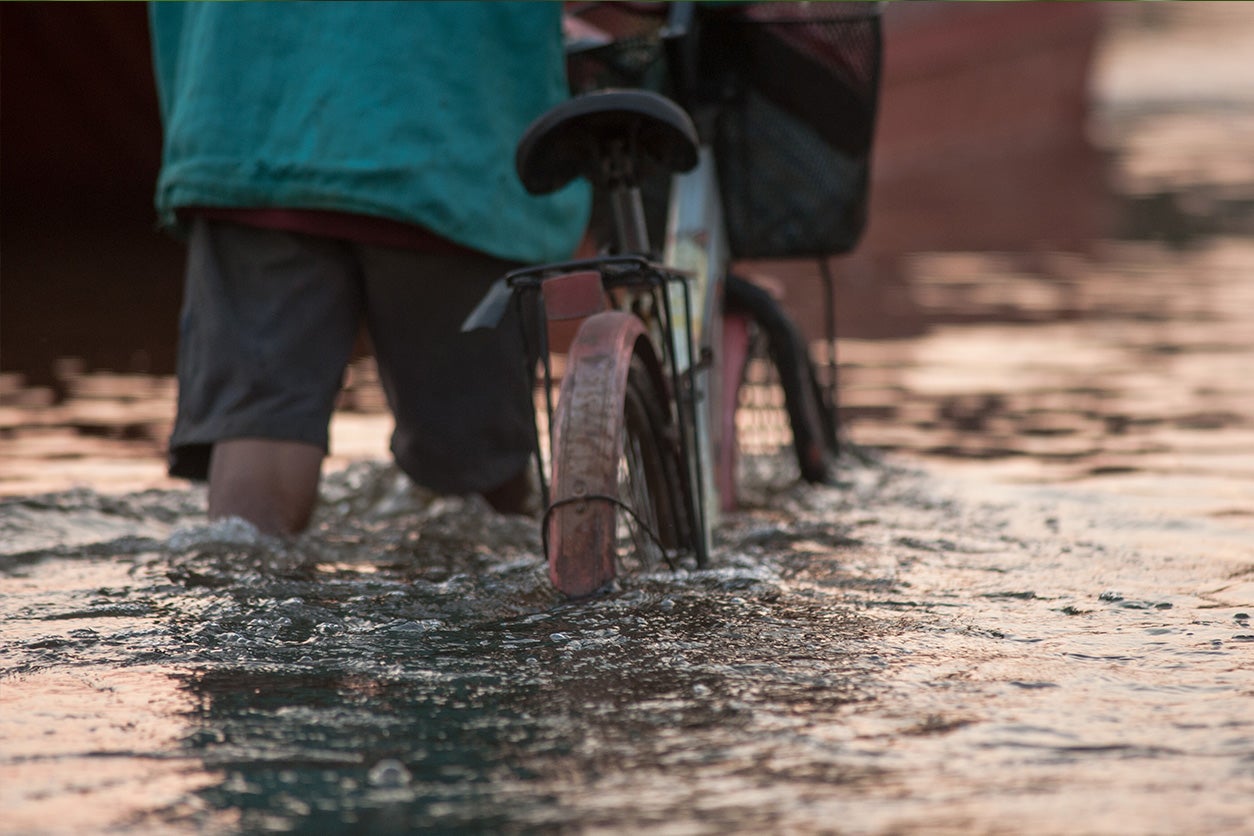 Latin America and the Caribbean is highly vulnerable to the risks associated with natural disasters and climate change. This includes slow onset risks like temperature increase evidenced in the heat waves that have affected Argentina, Uruguay, Paraguay and Brazil this year, with record figures, such as the city of Cordoba in Argentina that reached 42.5°C. The region is also exposed to rapid onset risks such as hurricanes, floods, earthquakes and landslides. In the month of June, Hurricane Agatha (category 2) left 11 people dead and 20 missing in Oaxaca, on top of various damages to infrastructure and homes that left numerous communities cut off from communication due to landslides and even without electricity. Meanwhile, Haiti is still in the process of recovering from a 7.2 earthquake that hit it last year, which resulted in more than 2,200 dead, over 12,200 injured and around 137,500 buildings damaged or affected.

The high and unfortunate number of fatalities and the level of damage in Haiti is an example of the importance of assessing vulnerability and exposure to hazards. In other countries in which the infrastructure has been built in a more resilient way, incorporating considerations of the risk of this type of occurrences, stronger seismic events do not cause fatalities and the impacts on infrastructure are minimal.

The importance of incorporating risk considerations into projects

The potential impacts of disaster and climate change risk must be considered in infrastructure investment projects, both in the design and implementation phases, to minimize economic losses and potential impacts on the community or on the services and benefits for which the project was designed. The Inter-American Development Bank has included the disaster and climate change risk topic as a fundamental part of its new Environmental and Social Policy Framework. The Environmental and Social Performance Standard 4 (ESPS 4) on community health and safety addresses the need to consider these risks from project design in order to minimize vulnerability and exposure to them. Thus, under the guidelines and requirements of ESPS 4, a project financed by the IDB in an area prone to landslides, for example, must include certain considerations to reduce the risk that this event will have significant impacts. This includes both structural measures (such as the addition of embankments) and non-structural measures (such as an early warning system in neighboring businesses and adjoining transport routes).

Using another example, last year the IDB approved a port infrastructure project that was classified as high risk for issues related to disaster and climate change risk due to hydrometeorological threats such as rising temperatures, tropical storms, and drought and floods. Based on this analysis, a disaster and climate change risk management plan was developed, detailing non-structural mitigation measures, an implementation plan for the proposed measures, and monitoring roles and responsibilities. For example, the project has committed to meeting design and construction standards for a 100-year return period for flooding and will also support partnerships with water committees to improve floodplain management. These measures were aimed at reducing the probability of flood damage and increasing the resilience of the infrastructure, thereby reducing economic losses and minimizing potential human losses.

Since 2018, the IDB has been implementing a methodology to include disaster and climate change risk considerations into infrastructure projects in order to promote more resilient projects through three phases: 1) screening, 2) criticality assessment and 3) qualitative or quantitative analysis. This methodology seeks to systematically and commensurately include risk through the incorporation of disaster and climate change risk criteria and considerations in the preparation of projects, not only focusing on the threat, but especially looking at the scope and magnitude of the infrastructure to be financed.

These guidelines and procedures have allowed the IDB to develop more resilient projects, capable of coping with extreme weather events, natural disasters, and other impacts resulting from climate change. With its experience, the IDB confirms that it is better to invest in prevention, resilience and adaptation to reduce the vulnerability of projects and avoid possible significant human and material losses in the future.

To learn more about how the IDB reduces disaster risks in its projects, sign up for our online course:

Melissa Barandiaran, of Peruvian nationality, is a Senior Environmental Specialist for the Environmental and Social Risk Unit (RMG/ESR) of the Inter-American Development Bank. Melissa currently leads the disaster and climate change risk topic at ESR, where she monitors and supervises portfolio risks related to disasters and climate change. Melissa worked in operations for the Environmental and Social Safeguards Unit for 9 years from where she led the disaster and climate change risk topic. She is co-author of the Disaster and Climate Change Risk Assessment Methodology for IDB Projects, and is part of the Resilience Community of Practice–an interdisciplinary IDB group that works on disasters and climate change risk. Melissa has worked on complex projects based in Haiti, Mexico, Guyana, Costa Rica, Argentina, Chile, Uruguay and other Latin American countries for the Transport, Energy, Water and Sanitation and Urban and Housing sectors. Melissa has a Master’s in Public Administration (MPA) with a concentration in Environment and Energy from Columbia University, NY, and has worked for the IDB for more than 11 years. Before working at the IDB, Melissa worked for Peru’s Ministry of Production on public policies related to petrochemicals, renewable energy and biofuels.