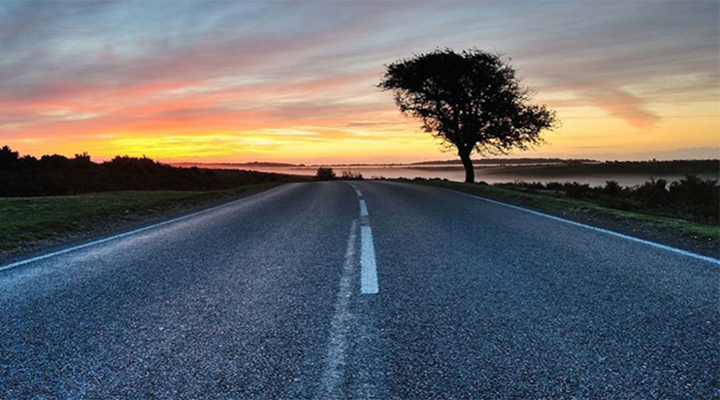 Vehicles hitting animals is a problem: animals may die, people may die, and in most cases, someone has to pay for the consequences. While highways and roads allow people to travel everywhere, along the way, these roads cross through the habitat of many native wildlife species and collisions, therefore, become almost inevitable.

In the United States, there are between 1 to 2 million animal-vehicle collisions, or AVCs every year. They cause more than 29,000 human injuries and over 200 human fatalities annually. Over a billion dollars is claimed annually, from both property damages, but also expensive legal suits resulting in compensation for lives lost. Unfortunately, the loss of certain species, sometimes even listed as threatened or endangered, goes unaccounted for. Yet many millions of animals are killed in road collisions every year.

This is not a problem only in the US. Just recently, I learned in a presentation from Brazilian road ecologist Fernanda Abra (yes, road ecology is a science and is emerging quickly!) that 23,858 animal-vehicle collisions were recorded in the state of Sao Paulo between 2005 and 2013, with 6,198 victims, including 194 human fatalities. AVCs in Sao Paulo represent almost 4% of total of accidents in the State. We also learned about the economics of selection and implementation of mitigation measures that may help reduce AVCs.

She has conducted cost-benefit analysis, which take into consideration vehicle repair costs as well as costs associated with mitigation measures, such as fencing, and different types of culverts for underpasses. Focusing on the mitigation measures that have produced the best results in terms of reducing collisions with large mammals, she then identified the threshold values above which the mitigation measures start generating benefits in excess of costs. She found that while the costs for AVCs may not justify the implementation of measures along an entire highway, specific locations along a highway can still exceed thresholds, and be effective to improve human safety and also have benefits for nature conservation!

As Fernanda Abra, and many other road ecologists, progress in their study of the impacts of roads on the environment — and on the effectiveness of mitigation measures to reduce AVCs — the importance of integrating ecological steps into early transportation planning becomes critical. Two IDB-financed projects in Brazil, one in Sao Paulo (Rodoanel Mario Covas) and the other in Rio de Janeiro (Estrada-Parque Capelinha Mauá), exemplify and support the use of underpasses and overpasses to reduce animal mortality, increase human safety, and enhance nature conservation, from the very start of project design.

Rodoanel is one of the most important roads being constructed in Sao Paulo state, the northern section is 43 km long, and located immediately south of the largest urban neotropical forest in the world, the Cantareira State Park. The biodiversity of the park is enormous as it represents the huge diversity of species of plants and animals that occur in the Atlantic Forest. This threatened ecosystem warrants extreme measures to reduce further impacts, including highway construction impacts. So, this section of the highway will include the first wildlife overpasses in Brazil! And the tunnels, which will go under ridges with Atlantic forest on top, will allow for wide wildlife overpasses or “landscape bridges.”

The Capelinha-Mauá Parkroad (RJ-163 e RJ-151), in Rio de Janeiro, is a 21 Km two-lane road that crosses a complex network or protected areas: Itatiaia National Park, Pedra Selada State Park, and Mantiqueira Protected Area. These areas provide refuge to thousands, if not millions, of Atlantic Forest species, many of those under threat or endangered. The Visconde de Maua Region is one of the main tourist poles of Rio de Janeiro and the road, now paved, while enhancing visitation experiences will contribute to increasing the number of animal collisions. Several scenic outlooks have been planned, but the main highlight of the road is the inclusion of several underpasses and overpasses, in addition to special signage alerting drivers of animal hotspot crossing areas.

Solutions to reducing AVC are available, although not yet sufficiently adopted. As researchers continue to examine the role of mitigation techniques, like fences, culverts, overpasses, underpasses, there is plenty of opportunities and countless locations along road networks (not only in Brazil) where the Bank can continue to value the benefits of road ecology to transportation and society. While we keep doing this, animals are happy safely crossing the road!!

This article was prepared with the support of Fernanda Abra (www.viafauna.org) and Ernani Pilla, Environmental Safeguard Specialist, IDB.