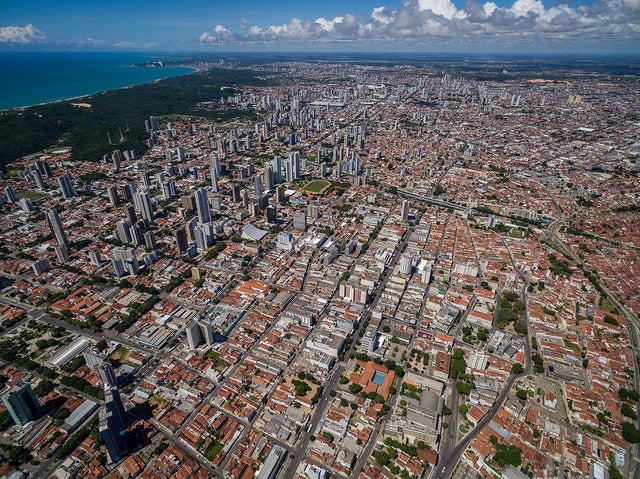 Uruguay inaugurated Latin America’s first electric highway along its coast earlier this year. Charging points line the route affording drivers greater confidence to travel in electric vehicles, which represent a key solution for confronting climate change. Last month, just down the road in Montevideo at the Latin American and Caribbean Climate Week, there was also growing confidence in the ability of climate changes policies to secure broader development goals.

Latin American and Caribbean countries and cities are working to promote electric mobility, which can simultaneously improve citizens’ lives by improving air quality and help countries to meet their emission reduction pledges to the Paris Agreement.

The contribution of cities is critical. By 2050 roughly 90 percent of Latin America and the Caribbean’s population is expected to be living in cities. This could lead to the tripling of the region’s car fleet reaching over 200 million units by mid-century. Unsurprisingly, the region’s transport sector is the fastest-growing source of energy-related emissions.

This increase in emissions entails more air pollution with likely grave consequences. Many cities in the region are already on the wrong side of thresholds for safe levels of air pollution set by the World Health Organization. In 2015, an estimated 180,000 people in Latin American and the Caribbean died prematurely due to air pollution.

Electric mobility can help modernize the region’s transport sector, create jobs, and enhance energy security by reducing dependency on costly fuel imports. If the current fleet of buses and taxis in 22 Latin American cities were replaced immediately with electric vehicles, the region could save almost US$64 billion in fuel by 2030 and avoid the emission of 300 million tons of carbon dioxide equivalent.

To unleash the potential of electric vehicles, several obstacles need attention. The steep upfront cost of electric buses is a major barrier. While the total cost of ownership for electric buses is narrowing, and in some cases, they have lower operating costs, securing financing is a big hurdle. It is also essential to align bus tenders with national and city-level climate change goals to level the playing field for cleaner technologies.

Through its NDC Invest platform, the Inter-American Development Bank Group is working with its partners in Argentina, Brazil, Colombia, Costa Rica, Mexico, and Paraguay to create a regional market to unlock the potential of clean buses through technical support, financing and insurance, risk management and credit enhancement.

This work provides an additional avenue for cities to contribute to the Paris Agreement. The timing is crucial to promote clean buses as many Latin American cities are currently planning to renew their bus fleets. It is crucial to avoid getting stuck with older technologies as diesel buses tend to have a working life of around a decade.

With 70% of the forecasted increase in emissions from developing countries set to come from infrastructure including transport that is yet to be built, decisions made today will determine whether countries will meet their commitments to the Paris Agreement.

To support infrastructure decision making that is economically, financially, socially, environmentally, and institutionally sustainable, we recently launched a sustainable infrastructure framework. The framework proposes that sustainability criteria need to be embedded across the project cycle including legislation, planning, and regulations with the aim of reducing risk and fostering low-carbon growth and climate-resilient development.

The IDB Group is honored to be participating at this week’s Global Climate Action Summit in San Francisco, where we will share these experiences and explore opportunities to do more. Hosted by California Governor Jerry Brown, the summit will provide a space for states, regions, cities, and the private sector to showcase their actions on climate change.

Our event during the summit will highlight the opportunities and barriers to mobilizing public and private investment in cities for the implementation of countries’ national climate plans under the Paris Agreement and the Sustainable Development Goals.

Harnessing the potential of cities to complement the work of national governments is paramount. The Inter-American Development Bank Group is committed to working with both towards achieving a low-carbon and climate-resilient future.