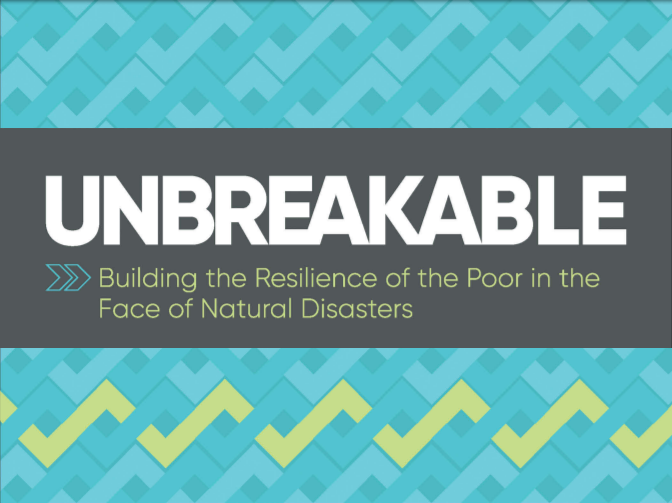 Let’s imagine you are a decision maker in Central America and you need to protect your citizens from ever more frequent extreme weather events fueled by climate change. You face two options:

The thing is you can only fund one. So, which one do you choose?

Based on those numbers, it looks like project B is a better option. Now, what if I tell you that project B protects the luxurious mansion of a wealthy banker, while project A protects an entire underdeveloped community where thousands of households live. Which one do you prefer now? Maybe project A on second thoughts?

This example shows that if we focus on aggregate losses—the traditional approach to disaster risk—we restrict our consideration to how disasters affect those wealthy enough to have assets to lose in the first place. We largely ignore the plight of poor people, who are, and always have been, those who suffer the most.

In my previous life, we investigated how disaster risk interacts with poverty. We found that poor people are frequently more exposed to natural disasters than the average citizen: think of a slum in a flood plain. They are always more vulnerable: when affected by a disaster, fragile houses found in slums are more likely to collapse than solid buildings used by the better off. In addition,  poor people have less capacity to cope with the consequences of disasters: they are less likely than the rest of the population to hold savings in a bank account or receive social protection, both sources of revenue that help households bounce back after a choc.

Considering the impact of natural disasters on poor people allows us to focus on well-being losses instead of asset losses. With that metric, the superiority of project A becomes clear. Quantifying how disasters affect well-being instead of asset losses also allows putting numbers on a wider set of policy instruments to reduce disaster loss. Helping countries reconstruct faster after the choc is a good idea, even if it does not reduce asset losses. Helping poor people get bank accounts builds their resilience to natural disaster. Well-designed cash transfers that scale up and out automatically to help people recover can provide implicit insurance to poor people excluded from private markets in an affordable and effective way.

These examples confirm something many already knew: inclusive socio-economic development sustained by smart institutions can go a long way into building resilience to natural disasters (and more generally to climate change). Putting dollar numbers on those policies can help make the case for moving forward.

If you liked this entry, please consider watching this video.