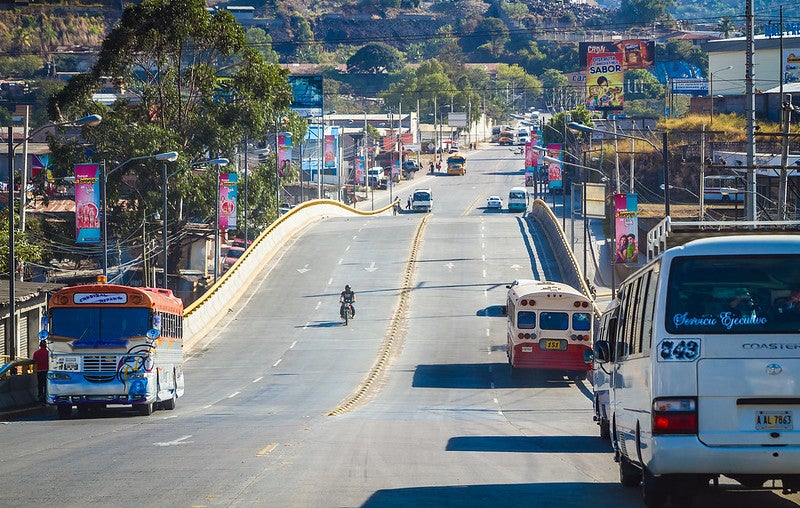 Social protection is a solution to address the impact of both COVID-19 and the climate crisis, but the most vulnerable must be identified quickly.

The pandemic crisis is hitting Latin America and the Caribbean very hard. It will cause up over 5 percent of GDP growth reductions this year. The economic slowdown is causing unprecedented disruption to the lives of LAC citizens. The poorest and most vulnerable, who tend to have less access to energy, water, banking and health services, are being affected disproportionally.

Before COVID-19, countries already faced poverty, inequality in access to social and infrastructure services, and the climate crisis. In Chile, a 10-year long drought has left almost half a million people with no direct access to water and The Bahamas continues to rebuild after Hurricane Dorian left damages estimated at USD 3.4 billion last September.

The argument in favor of cash transfers

Social protection is a solution to address the impact of both COVID-19 and the climate crisis. Many countries are already using their cash transfer programs to help poor and vulnerable households. They target both households who are currently enrolled and vulnerable households who did not qualify under pre-COVID-19 standards, but for whom the crisis means a risk of falling into poverty. International research shows that this type of emergency cash transfers are very cost-effective and save lives.

Countries can institutionalize this practice by making cash transfer programs responsive to shocks, meaning programs would automatically scale up amounts and scale out to more beneficiaries following a crisis. By institutionalizing money transfers, governments will be able to respond in a more timely, orderly, efficient, and transparent manner when the next pandemic, earthquake, or flood strikes.

Save valuable time in the next emergency

Making cash transfers shock-responsive requires setting rules on the scope and conditions for scale out before disasters hit. Explicit rules decided beforehand also allow to set up an automatic phase out of the emergency response after a few months, safeguarding fiscal costs.

Countries should be able to identify new beneficiaries quickly. After a crisis or disaster, this can be difficult. Creating social registries, such as the Single Registry in Brazil, is a solution to establish disbursement channels, such as traditional bank account numbers or payments to mobile phones through fintech.

They should also agree under which criteria the expansion of programs will be activated, for example, when the authority of a region declares an emergency, or when the intensity of a natural event exceeds a given parameter.

The availability of funds should not be a bottleneck

Making these payments easily adaptable to crises also involves taking financial steps up front. Among the options available to governments, are reserve funds and contingent credit lines. An example frequently cited is Mexico’s Natural Disaster Fund (Fonden). It enables federal funds to be quickly allocated to humanitarian aid and to the rehabilitation of public infrastructure and low-income housing affected by natural disasters. In Peru, contingent credit lines are activated once the first line of defense for risk retention instruments (such as emergency funds and fiscal stabilization funds) has been exhausted.

Disaster insurance and bonds are another option. Fonden in Mexico has just issued a USD 485 million catastrophe bond to shift some of the country’s risk to international capital markets. Finally, there are the regional risk-sharing mechanisms. The Catastrophic Risk Insurance Facility in the Caribbean currently pools disaster risk in 16 countries and provides participating governments with fast-disbursing, short-term liquidity.

Reacting quickly and effectively can save lives

The current situation shows that reacting quickly to disasters is necessary and useful, but it also makes coordination and rapid disbursement of aid to affected households very challenging. There is an opportunity to lock-in cash transfer programs as a key tool to provide immediate, time-bounded, and transparent support to populations hit by disasters. Done right, this can sustainably build the resilience of the population to climate impacts and other disasters beyond the current pandemic.

This article was originally published here.

Marcelo Cabrol has been manager of the social sector at the Inter-American Development Bank since 2017. He leads an interdisciplinary team convinced that the best investment Latin American and Caribbean countries can make is in their human capital. To that end, the sector works on public policies that reduce poverty and inequality through projects in education, labor markets, health and social protection. In all its work, the sector seeks to foster a more productive region that affords equal opportunities to men and women and is more fully inclusive of the most vulnerable populations. Marcelo has a bachelor’s degree in economics and political science from the Universidad del Salvador in Buenos Aires, a master’s in public policy from Georgetown University and a doctoral degree (ABD) in government and public policy from the same institution.