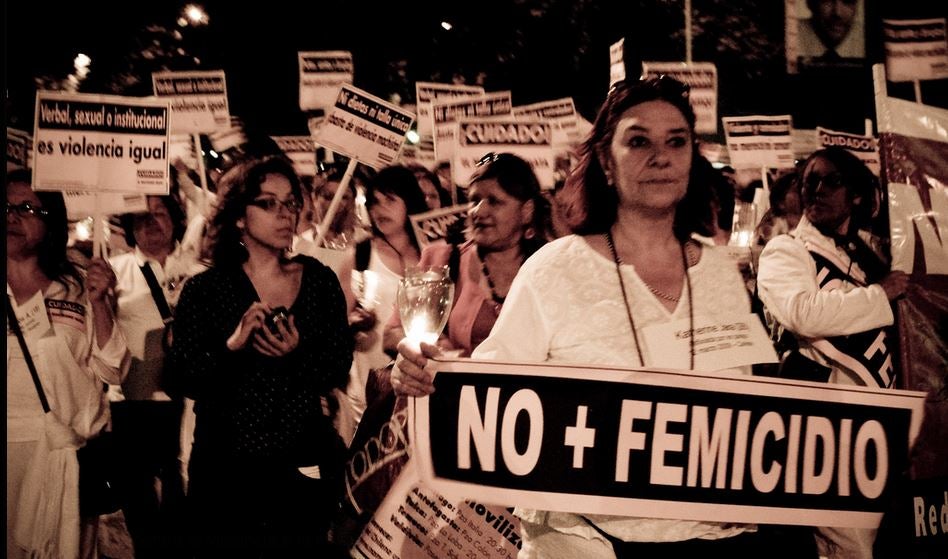 Latin America and the Caribbean (LAC) suffers disproportionately from the impact of violence against women compared to other regions. The vast majority of victims are men, and especially young people. But the impact on women is also high, and manifests itself in many ways. Women who suffer from violence are more likely to have depression. Their children are more likely to be born with low birth weight. How can this be measured? What lessons do these figures show to governments?

According to Fearon and Hoeffler (2014), female homicide costs 0.31% of GDP in Latin America and 0.12% global­ly. Considering only homicides committed by an inti­mate partner, these numbers drop to 0.09% and 0.05%, respectively. Although intimate partner homicide accounts for less than half the total cost of female homicide, it also includes non-fatal violence, as discussed above, which is harder to assess. Accord­ing to Ribero and Sánchez (2005), Colombia lost 4.2% t of GDP annually due to the indirect cost of domestic violence. Morrison and Orlando (1999) find that domestic violence cost 2% of GDP to Chile and 1.6% to Nicaragua. For England and Wales, Walby (2004) estimates the cost of domestic violence at £ 23 billion in 2001 (about 2% of GDP). Each of these studies uses a different methodology, howev­er, making them hard to compare. It would therefore be worthwhile to develop a uniform methodology to permit country comparisons.

Female homicide rates are relatively higher in the region (see figure 1). How does this translate into economic costs? When someone dies there is not only an irreparable human loss, but there is also an economic cost in terms of the income not generated by that person in the future. As a first approximation to give an order of magnitude of the problem of violence against women, we estimate the cost of homicides for men and women for 17 countries in the region and 6 developed countries in a systematic and comparable way. According to our estimates, the costs of female homicides amount to 0.011% of GDP for the region. This cost is almost the triple of that for France, Canada or Germany and almost 60% more than the cost in the United States or the United Kingdom. These figures show that the region is more affected by violence against women than the developed countries. It is important to note that these costs do not necessarily refer to femicides because not every homicide is product of gender bias. It is difficult to determine which is femicide since not all countries have the legal classification of femicide or the statistical information in this regard.

One of the great challenges is to measure the indirect costs of violence in a region that has more homicides and more violent robberies than others. Studies indicate that there is a strong impact on the health of women and their children as well as on the labor market.

IMPACT ON HEALTH: García-Moreno (2013) conducts a meta-analysis of the effect of domestic violence on a number of aspects of women’s health. The study shows that women who suffer partner violence are 1.5 times more likely to get HIV and 1.6 times more likely to have syphilis compared to women who do not. The same document also finds strong evidence that women with a history of intimate partner violence are twice as likely to report having had an induced abortion and are more than twice as likely to experience depression.

LABOR MARKET IMPACT: According to Bowlus and Seitz (2006), abused women are more likely to get divorced and less likely to get a job. In the case of Colombia, Ribero and Sánchez (2005) find that women who suffer severe violence earn 40% less in monthly income than women who are not abused.

Given all its consequences for society, it is essential that the public sector implement policies to stop violence against women. For example, laws that treat aggressors differently from other types of aggressors can be useful. Cerqueira et al (2015) evaluate the effect of the Maria da Penha law on violence against women in Brazil (more on this law is in this previous entry), and verify that the law had a statistically significant effect on the decrease of homicides related to gender. Public policies that seek to reduce gender inequality in other respects also appear to work to prevent violence against women. According to Aizer (2010), a smaller gender wage gap accounts for 9% of the decrease in domestic violence between 1990 and 2003 in the United States. There is evidence that conditional transfer policies can also reduce violence against women. Hidrobo and Fernald (2013) evaluate a randomized experiment of these transfers in Ecuador, and observe that this type of policy has a positive effect on the reduction of violence against women. In particular they find this effect is superior when the woman has a higher level of studies, although it is still a controversial issue and one must study how it affects the relationships within home.

All these results indicate that the impacts are significant and worrying, and that the costs of violence against women have inter-generational effects that will affect human development and the development of countries in the present and future. In addition, the preliminary data that we have, with the scarce available information, show that the situation in the region is worse than that of other regions. The task of governments to prevent and combat violence against women is an urgent one.