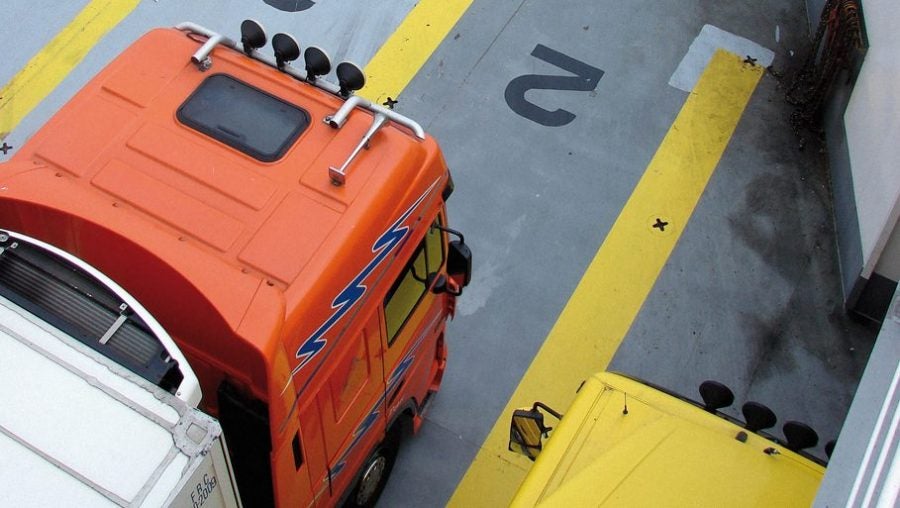 Over the last quarter century Latin America and the Caribbean have worked on opening their economies to international trade and investment. During that time, tariffs were cut in half, to less than 10 percent, and exports grew steadily, at an average of 10 percent a year. Yet despite this, Latin America has not been able to improve its position in international trade markets. Between 1990 and 2000 the region’s share of global exports increased from 4 to 6 percent, but that share has not budged for the past fifteen years. Why is that?

One factor contributing to this feeble performance is the lack of high quality domestic transportation infrastructure, necessary to connect the region to international markets.

During the 1970s Latin American governments invested heavily in infrastructure, much of it financed through cheap petro-dollars. However, with the onset of the debt crisis in the 1980s cash-strapped governments found it difficult to continue investing in highways, ports, railways and other vital transportation projects. In the early 1980s infrastructure investment averaged 4 percent of GDP; by the mid-2000s it fell to its lowest point, 1.5 percent, and currently hovers around 2.5 percent.

In recent years, as policymakers throughout the region have sought new ways to deepen integration and stimulate trade, infrastructure has once again become an important part of the calculus.

That is due in part to the fact that the payoffs from trade liberalization – the reduction of tariffs, signing of free trade agreements, etc. – has plateaued. It also has to do with the fact that trade has become much more complex. In today’s globalized world, many products go through several stages of production in several cities or countries, with components and assembled goods crossing borders and moving through multiple transportation channels before they reach the final consumer. To be competitive internationally, each stage of the transportation network must function efficiently so goods can move quickly and cheaply through the supply chain.

In Latin America, this is exactly what is impeding trade flows; transportation costs associated with insufficient or deteriorating infrastructure.

IDB research has shown that this is one of the largest impediments to trade, and the effects are stark. For example, despite their proximity to the United States, it costs Latin American exporters twice as much to send a container of manufactured goods to the U.S. from Latin America as it costs their East Asian competitors to send shipments halfway around the world.

Keynote speaker Néstor Roa, Manager  of the IDB’s Infrastructure and Environment Sector, explained that although Latin America “has positioned itself at the center of key global trade routes, infrastructure development still continues to top the region’s ’to do’ list.” The region ranks near the bottom among emerging markets in terms of quality of infrastructure, and that is unlikely to change soon, given that the region’s current level of infrastructure investment is just 3 percent of GDP– lower than what it was in the early 1980s.

According to IDB estimates, in order to close the infrastructure gap, Latin America must invest 5 percent of GDP.

At current rates of investment, Latin America may be able to make some improvements in the quality of its transportation infrastructure, but it is not enough to substantially improve its competitiveness in global trade. This is why the IDB has made infrastructure a priority, and is providing loans and technical support.

The South American Integrated Regional Infrastructure project (known as IIRSA by its Spanish acronym) is one example of a program that seeks to integrate transportation infrastructure by improving and expanding national transportation routes and connecting them to major regional trade hubs. The Mesoamerican Integration Corridor – also known as the Pacific Corridor – is another example of a program aimed at improving regional connectivity through upgrades to infrastructure.

The Pacific Corridor, which is one part of the larger Mesoamerican Project, will link Central America via a logistics route, and create multi-modal linkages between regional suppliers by upgrading road surfaces, bridges, interchanges and infrastructure at border crossings.

These efforts are vital given the significant payoffs that improving transportation infrastructure can yield. IDB research has shown that in Latin America, a one percent decrease in the ad valorem transportation costs can boost exports by up to eight percent. Similarly, a study of nine South American countries showed that a 10 percent reduction in ad valorem freight costs can increase the number of products exported by an average of 25.

So how can Latin America reap these benefits? One of the most important next steps is to increase the role of the private sector in financing and managing strategic infrastructure projects. Currently, just one-third of infrastructure investment comes from the private sector. That could be boosted significantly via public-private partnerships (PPPs), where governments and companies join forces to finance and build vital infrastructure.

Everyone wins: Governments provide citizens with high-quality transportation networks that allow goods and people to circulate safely and efficiently. Companies benefit from improved distribution networks and multi-model connectivity that allow them to move their products throughout the region in a more seamless way, and expedites shipping to overseas markets. For the region as a whole, high quality infrastructure creates a more competitive environment in which to do business, attract more foreign investment, and reach new international markets.

If you enjoyed this piece, subscribe to our blog and we will send a monthly update!