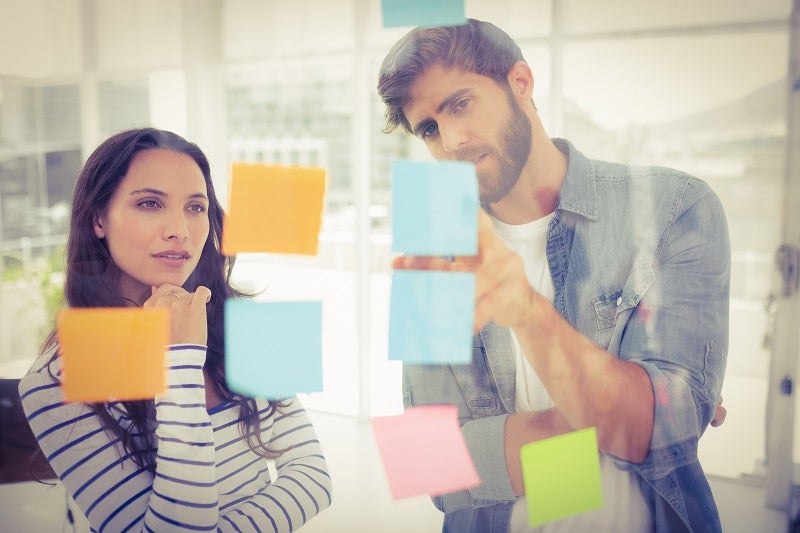 Googling the word “millennial” mainly brings up photos of young people from wealthy backgrounds smiling and laughing as they take selfies. Is this really how we see millennials? Who are the young people that make up this generation?

Millennials are the generation born between 1980 and 2000, the start of the digital era, when the internet was first on the rise. In recent years there have been a large number of studies of these young people who are generally described as a homogeneous generation that shares certain standout traits. Unlike generation X, which came before them, millennials are typically described as being flexible and are said to seek instant gratification due to the effect that the internet has had on their lives, and to communicate face-to-face increasingly less because they favor social networks.

So why does INTAL/INT want to research Argentinian millennials?

In Argentina, millennials make up 28% of the total population. When they go out into the labor market, they are at the frontline of this new technological era: industry 4.0 revolution, which is shaped by maker culture, robotics, artificial intelligence, and the Internet of Things, which threatens to destroy thousands of jobs. But the question is not just how far robots will replace human jobs, but also how fast that transition will unfold, how firms will implement it, what solutions education will bring, and whether innovation will create enough new jobs to replace those from the last production model that it destroys.

Millennials are facing these challenges all over the world, but those from Argentina are up against two additional ones. First, because they live in a region where a substantial share of exports are concentrated in activities that run the risk of being automated, such as labor-intensive manufacturing and natural-resource extraction. Second, because they live in the most unequal region on earth, which outranks even Sub-Saharan Africa on this score.

These challenges prompt many questions.

Are young Argentinians prepared for these technological changes? What skills do they have? Is there a gender gap? Are they really a homogenous group with a shared vision of the world or do their outlooks depend on their socioeconomic status? How do they see Latin America?

Unlike other studies of millennials, which have focused on small groups of young people, generally from the middle to upper classes and with significant access to technology, this study was based on a survey of a representative sample of all Argentinians between the ages of 18 and 34, which was complemented by qualitative analysis through in-depth interviews and focus groups with young people from different socioeconomic backgrounds.

The project found that Latin America is the region that is most valued by the millennials living there: 54% have a positive view of the continent, which is higher than the share of their counterparts in Europe, China, the US, and Russia who look on their own homelands in a favorable light.

Latin America is also the region of choice in terms of trade-related integration.

However, they also express some caveats about this integration process: the majority think that workers from other countries should be allowed to come to Argentina provided there are jobs available. In other words, generally speaking, they are against both completely open immigration policies and totally restrictive ones. These opinions also vary by socioeconomic group: the percentage of young people that is in favor of putting strict limits on foreign immigration is considerably higher among those from more disadvantaged socioeconomic backgrounds and is lower among those from privileged ones. This would seem to be logical given that unemployment, underemployment, and low job security affect the lower social sectors to a greater extent. These are also the groups that migrant workers are largely competing with for jobs.

Although 93% of young people have a cell phone with internet access, only 25% said that they had bought or sold something online in the last month. Once again, there are socioeconomic differences within these results: the percentage of millennials from more privileged backgrounds who made a transaction of this type is twice as high as from those from the lowest socioeconomic sector to have done so, which is unsurprising, given their different income levels.

With regard to work, in contrast to what is often said of this generation, 90% of respondents stated that their ideal job would provide them with job security and stability, a good salary, and social security cover.

50% of Argentinian millennials polled aspire to own their own business or become freelancers, and they said that greatest obstacle to this is access to credit.

Although 84% said they had tech skills, there are significant differences by income level. For example, the share of young people with no tech skills was significantly higher among those at the lower end of the socioeconomic scale than the higher end (21% versus 1%).

Likewise, only 27% regularly use technology at work and just 2 out of 10 would choose a technology-oriented job. Some 51% think that it is more important to have a formal education when looking for a job than to understand new technology, while 20% believe the opposite. In other words, in the spheres of work and education there is no evidence yet of a rupture with the traditional model—respondents still preferred not to use technology.

It is particularly striking that this generation spends over four hours a day texting and three hours a day on the web. They mainly use the internet for social networks (90%) or texting (60%). Only 12% use it for work and 19% for educational purposes. In other words, technology—particularly the internet, mobile phones, and social networks—are an integral part of life for young people from all socioeconomic backgrounds, who mainly use it as a tool for entertainment and socializing. However, technology is less prevalent in the world of work, for training, to access information, for e-commerce, and for collaborative platforms, with the exception of a small group of young people who have closer ties with technology and who are mainly young men from privileged socioeconomic backgrounds that live in the City of Buenos Aires.

We wanted to find out how open millennials are to acquiring new consumer habits within the sharing economy, such as buying less and hiring more (for everything from cars to clothes and books). Their willingness to do so is still very low: just 10% would be willing to adopt these new customs.

In other words, the notion of private property is still firmly rooted in this generation.

We also asked how willing they would be to change other habits in the future, such as voting electronically rather than with paper ballots, paying their bills online instead of at the bank, or paying with debit or credit cards rather than cash. Surprisingly, we found that between only 25% and 30% are open to these sorts of changes.

In relation to other exponential technologies, we asked if they would be willing to travel in driverless vehicles, be operated on by a robot, or to eat artificial meat. In contrast to what might be expected of this generation of digital natives, their openness to such technologies is once again relatively low: between just 15% and 25% said yes to these questions. In other words, Argentinian millennials still have a measured, cautious stand toward exponential change, which is also evidenced by the fact that 72% believe that science and technology could endanger their jobs.

In sum, the main findings of this research were that Argentinian millennials: a) are pro–Latin America—regardless of respondents’ political ideologies, Latin America is the region that prompts the most positive reactions among them; b) underuse technology—although 93% have cell phones with internet access, the majority do not use technology at work, nor do they use it for training, job seeking, or find information in general; c) are characterized by a digital divide—84% say they have some computing or tech knowledge, but these levels vary considerably depending on their socioeconomic background. This generation’s ties with technology in the world of work and academia are strongly linked to their social backgrounds; d) distrust technology and institutions—contrary to expectations, Argentinian millennials are very wary of new technologies and institutions. Only 25% are willing to adopt exponential technologies and 7 out of every 10 believe that technology will destroy jobs; and e) are optimistic about the future—although they admit that technology and robotics may replace jobs, young people have high levels of self-esteem and confidence. Some 90% trust in their own skills and 7 out of every 10 young people believe that their lives will be better than those of their parents.

This study sought to provide more in-depth analysis of millennials and greater insight into them, and has successfully dispelled many reductive and one-sided views of this generation. The challenge now is how to get all young people to get on board with the latest technology, and not just those from the higher end of the socioeconomic scale, in order to reduce the income and gender gap that continues to prevail in Latin America.

Ana is an integration specialist at the Institute for the Integration of Latin America and the Caribbean (INTAL) of the Inter-American Development Bank (IDB). Before, she served for 10 years as a consultant for the IDB in the area of institutional capacity, specifically in matters of citizen security. She previously worked in the Ministry of Agriculture of Argentina, the Secretariat of Transportation of Argentina, and in civil society organizations in the field of public policies. She is an Economist and has a degree in Political Science, both from the University of Buenos Aires. She has a master's degree in Regional Economic Integration from the International University of Andalucía and a postgraduate in International Business Management from Georgetown University. Ana has published on governance, state reform and citizen security in Latin America and the Caribbean.