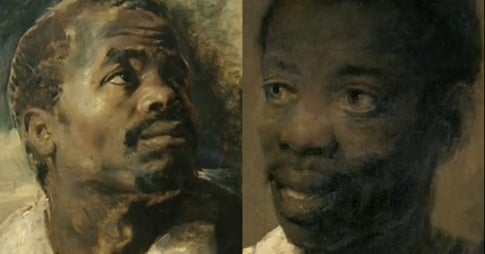 I recently visited the re-opened Mauritiushuis, an art museum in The Hague, Holland, where I was able to appreciate some amazing paintings. One in particular caught my attention; a Rembrandt painting called Two Moors, dating back to 1661. It is a very unusual painting for its time given that African descendants were rarely the object of paintings by famous artists. Art historians believe that the two figures depicted probably lived in Amsterdam and were seen in the streets or on stage, because of their Roman costume.

While I carefully examined it, contentment was shortly outlived by disappointment as I started to notice its poor finishing compared to other paintings. The museum’s commentary over this painting is that it is a finished product because the author signed it, not because it looked finished.

At first I thought to myself, “Why am I being so picky? This is a Rembrandt anyway, and I should be glad he painted African descendants when no one would!” But then I thought: “Wait a minute, why not being picky? Regardless of who those men were, they had a unique opportunity and deserved the artist’s full attention.”

This is a similar theme to what sometimes happens in Latin America when it comes to policies for historically excluded groups such as African descendants and indigenous peoples. Policies targeting ethno-racial groups, although increasing in number, are still scarce given their size (check it out in this map) and the level of exclusion these communities still face.

When a few policies are put in place, such as bilingual education in Mexico or race-based affirmative actions in Brazil, there’s great rejoicing and expectation. However, their impact can be limited due to quality of delivery. Policy makers need to be more ambitious about the reach of policies targeting racial and ethnic communities. Citizens expect nothing less than the highest standard of delivery and positive impact in their communities.

It is not enough to just admire the intention of the artist, we should advocate for the best outcome possible given the artist’s talents and resources.