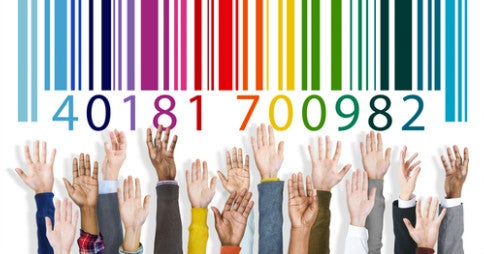 Some recent censuses in Latin America reveal a surprising trend; indigenous peoples are disappearing. However, they are not dying, nor leaving. Instead, individuals who had self‑identified as indigenous earlier opted to no longer identify as indigenous. Countries like Chile and Bolivia are good examples of this. In 1992, the Chilean Census reported that 10.3% of the population was indigenous; however in the 2002 census it was a mere 4.6%. Similarly, in 2001 the Bolivian census yielded an indigenous population of 62% that dropped to 40.3% in 2012.

These population changes have led some to refer to the statistical genocide of indigenous peoples. The changes in the number of individuals self-identifying as indigenous may vary due to a number of factors, including indigenous peoples migrating to urban centers and changing indigenous definitions. While some of these factors are outside the control of the government, the examples of Chile and Bolivia highlight issues that can affect how individuals self‑identify and where the government can have an impact.

In the case of Chile, the way the census asked about race and ethnicity may have impacted how individuals self-identified. In 1992, individuals were asked “If you are Chilean, do you consider yourself a member of one of the following cultures?” This question was sufficiently broad, particularly given that an individual may identify with a culture even if they do not belong to a specific indigenous group.

In 2002, the indigenous self‑identification question was reworded as “Do you belong to one of the following indigenous or original peoples?” The decline in the portion of the population self-identifying as indigenous may be, at least in part, due to the more restricted definition utilized. The question was much more limited in scope than its predecessor, asking only if individuals belonged to a specific pueblo. Indigenous peoples use different definitions for membership and access to rights. This may have led indigenous descendants to feel that they could no longer identify themselves as indigenous.

For the 2012 Bolivian census, the government broadened the census question related to indigenous identity to include 40 different groups (including Afro‑Bolivians). However, when the media reported this change, it was as the omission of mestizo from the census though mestizo had never been an option in the national census, graffiti soon appeared in the streets proudly proclaiming mestizo identity (“No soy aymara, no soy quechua, soy mestizo”). This coupled with the politicization of indigenous identity may have led ethnically indigenous individuals to choose not to self-identify as indigenous even if they previously had done so.

Self-identification is still considered the gold standard for ethno-racial definitions, but results should be analyzed contextually. As the cases of Chile and Bolivia reveal, identity can be fluid, with the way a question is phrased or political conditions affecting the way individuals choose to identify. While it is important to allow individuals to choose how they self-identify, however it is critical that we understand the factors that affect identity and what can be done to produce the most accurate results, both to understand the region in which we live as well as to develop policies that meet the needs of our communities.

For more information relating to the peculiarities of the Chilean and Bolivian cases, please refer to the briefs available on the IDB diversity data and statistics page.