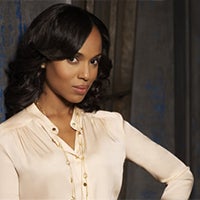 Handsome men are much more likely to convince investors to back their business proposals, according to a new study from Harvard Business School, although men in general, handsome or not, tend to do better than women at getting financing for their ideas.

No wonder why the percentage of women-led firms in Latin America and the Caribbean with private investment backing is extremely low compared to 9% of men-led firms, according to a recent report from the Multilateral Investment Fund (MIF).

Researchers then conducted lab experiments to control for distinctive gender-based presentation styles (e.g., body posture and body size). So participants heard pitches of real startup ventures, but did not see the entrepreneurs themselves. The results show that although the female and male voices presented identical pitches, 68.3% participants chose to fund the ventures pitched by a male voice and only 31.7% by a female voice.

Beauty and brains: a female disadvantage?

Later, researchers presented pictures with different levels of attractiveness alongside the voice, photos that had already been pretested and graded by their attractiveness by another large group of individuals. Participants were reported as being significantly more likely to invest in the pitch with the highly-attractive men pictures. But, surprisingly, the segment that fared worst was that of high-attractive women entrepreneurs. So, would pretty Olivia have any real chance to out pitch handsome Harvey?

Why this funding gap?

I’ve heard several hypotheses on why the funding gap still persists: some have said women might be less encouraged to ask for private funding in the first place, and might be less confident in pitching their ideas. Others have said they might be concentrated in lower return sectors, or perhaps their ideas aren’t just as good.

According to the MIF study, in Latin America and the Caribbean women are likely to have fewer employees, lower growth projections, and lower levels of internationalization. On the other hand, recent research using a 15-year segment data from 1,500 firms in Standard & Poor’s Financial Services suggests that female managers improve overall company performance.

Another theory holds that men -and women-led firms tend to focus on different kinds of market opportunities that map to different levels of growth—that male entrepreneurs tend to pursue ventures across a spectrum of industries, while women-led ventures pursue female interests such as fashion, cosmetics or cooking.

Results from the Harvard study, nonetheless, document investors’ value-perception of women entrepreneur’s pitches lower than compared to identical ventures as men. Some would argue that this gender discrimination is a rational choice for an investor who wishes to reduce the probability of making a low-return investment. I beg to differ.

Firstly, investors must challenge the above assumptions. Secondly, they must review their conscious or subconscious gender or attractiveness biases or else, successful female ventures will remain unfunded and entrepreneurial talent untapped to our economies.