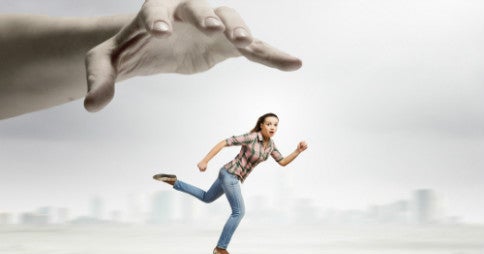 This question was debated by promoters and detractors of an anti-rape technology that allows women to detect drugs in their drinks with a quick stir of the finger. An ongoing discussion about the effectiveness of this and other gadgets such as anti-rape underwear was recently underway amidst heightened public awareness concerning the high incidence of sexual assaults across university campuses in the U.S. One in four college women in the country report having experienced rape or attempted rape in their lifetime.

Throughout the Latin America and Caribbean region lifetime prevalence of sexual violence by an intimate partner ranges from 5% to 15%, and from 10% to 27% if we include non-partners. Its pernicious effects can be severe and lasting and, although men and boys also experience it, girls and women comprise the vast majority of victims and are vulnerable to serious health consequences such as unwanted pregnancies and unsafe abortions.

Sexual violence is entrenched in inequitable gender norms and power relations that legitimize violence against women by men to control and discipline them, blame women for rape, justify male violence as a way to placate their innate sexual desires and consider women as sexual objects. Individual risk factors for both experiencing and perpetrating sexual violence include being young, living in a marginalised context, having experienced violence during childhood, and having rigid attitudes about gender roles.

For men, these are often compounded by factors such as depression, alcohol and drug misuse, scarce education, and food insecurity (the last two, associated to social marginalization and poverty). Violent men are often either struggling to live up to their masculine ideal or reproducing learnt patterns.

While the search for solutions has been mostly focused on strengthening the justice system response, there is a consolidating movement which recognizes that violence results of a combination of risk factors that interact at individual, relationship and community/societal levels and that prevention demands concerted efforts among the health, education, social protection and justice sectors.

I would like to focus on very promising approaches that seek to tackle one of the essential root causes of sexual violence, by transforming gender norms through engaging men and boys. These approaches promote gender equitable attitudes, the importance of consent in intimate relationships and challenge notions about men’s entitlement to treat women as sexual objects. They ultimately teach men not to rape -instead of teaching women to prevent rape- to respect and partner with women for healthier and safer relationships.

Among the interventions that have been found to be effective, some common principles emerge. They:

While engaging men to adopt more equitable behaviors is essential to transform gender norms and eliminate violence against women, the latter is made possible in a context of prevailing gender inequity largely supported by men and women. Changing social norms requires therefore that both be actively involved in revisiting inequitable norms, to stop their intergenerational reproduction.

Successful prevention should involve first and foremost, measures that empower women as individuals, within relationships and across society, while the transformation of masculinities should be pursued as a complement to these. Furthermore, men need to adopt more equitable male models and support women’s empowerment in every sphere, such as respecting their decisions concerning their bodies and sexuality, encouraging their (paid) work, sharing domestic and childcare work, and supporting their participation in politics. Are you in?