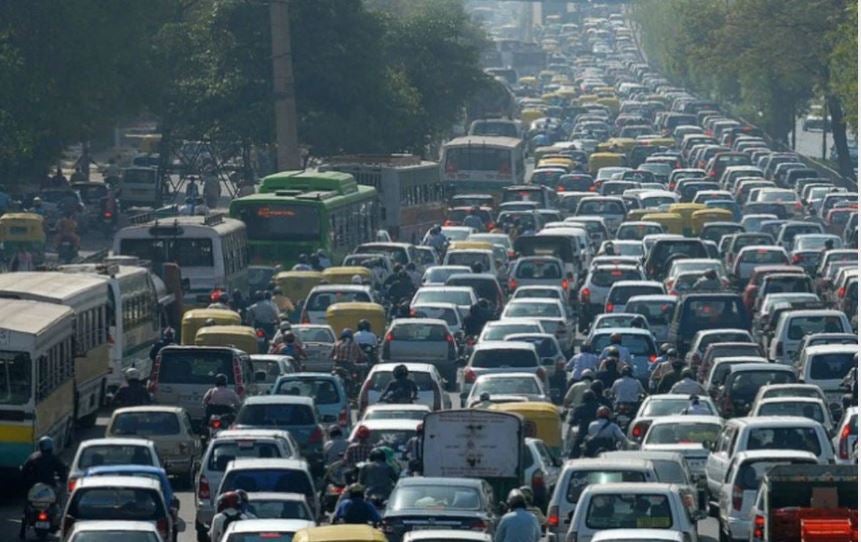 To drive in a major Latin American or Caribbean city is to know what it is like to be stuck in bumper-to-bumper traffic, enveloped in clouds of exhaust, and driven to distraction by the bleating horns of exasperated commuters. The chronic gridlock in the region’s megacities not only creates stress. It leads to accidents, pollution-related health problems, and climate-warming carbon emissions. Moreover, it is hugely inefficient. A recent pilot study by the IDB and Rensselaer Polytechnic Institute found that road congestion increased delivery time for cargo by 342% percent in Sāo Paulo, 225% in Barranquilla, and 140% in Santiago, boosting operational costs for businesses and undermining competitiveness.

A few regions around the world, faced with similar problems, have experimented with road pricing in which drivers are charged for bringing their cars into traffic-choked areas. In Singapore, for example, sensors atop overhead structures communicate with a cash card in each car and deduct money according to vehicle type, time and location.  In London, license plate numbers are captured using cameras and fees charged for traveling at peak hours. But those systems, while effective in reducing traffic, also raise issues of “Big Brother” monitoring of drivers’ private activities and are expensive to develop.

What other schemes might be used to encourage Latin Americans to leave their cars behind, use public transport, walk or get on their bikes? A recent experience with parking tax increases in Chicago, as discussed by Sebastián Miller and Riley Wilson in a recent report, points to an alternative.

Chicago, a major commercial center to which hundreds of thousands of workers commute daily from neighboring counties, has long wrestled with its traffic  problem. Then in 2012, it hiked parking taxes at lots charging over US$12 daily, from 25% to 42% and boosted monthly parking taxes at the most expensive garages by similar amounts. The impact of the increases, amounting to an extra US$1-2 dollars per day, was significant. Traffic in the high-income areas affected by the increase, fell 4-6% on a daily basis, while use of the L Train, the city’s network of railways and subways, rose by 2-3%. There was also more carpooling.

In practical terms, these measures were probably only around half as effective as a 2003 increase in the congestion toll in London. And unlike road pricing, the Chicago measure did not take into account the distance, route or time of car travel,  which all affect congestion. But overall, it still indicated one way forward for Latin America, where vehicle ownership has grown dramatically in recent decades especially among  the higher income groups affected in the Chicago experiment.

Greater  investment in transport infrastructure, as well as road pricing,  are probably the most effective way of tackling gridlock.  They could dramatically improve the region’s well-being in areas ranging from growth and trade to environmental health. But such investment will take time.  In the meantime, simpler measures like increases in the cost of parking might ease some of the harm done by excessive vehicle use.